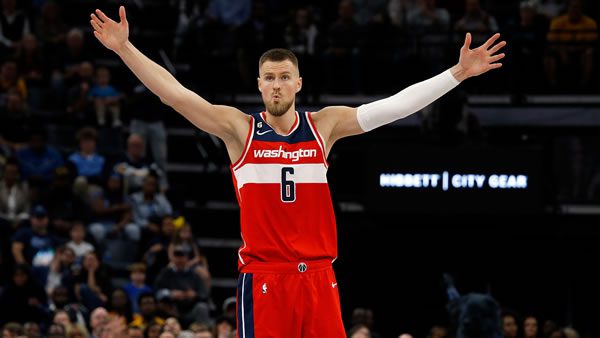 Heading into the game, New Orleans is 24-16 overall. When taking to the road, New Orleans has a mark of 7-11 and a win percentage of 39%. Currently, the team is 3rd in the Western Conference. So far, they are 20-20-0 vs. the spread. New Orleans travels to take on the Wizards hoping to avoid their 3rd straight loss.

Most recently, New Orleans lost to the Mavericks by a score of 127-117. Jonas Valanciunas and his 25 points were not enough for the team to pull out a win as 9-point underdogs. The Pelicans also finished with an ATS loss in the game.

Heading into the game, Washington is 17-23 overall. When playing at home, Washington has a mark of 10-7 and a win percentage of 59%. Currently, the team is 11th in the Eastern Conference. So far, they are 17-22-1 vs. the spread. The Wizards need a win in today’s matchup vs. New Orleans to avoid their 3rd straight loss.

In their most recent matchup, the Thunder defeated Washington with a score of 127-110. Kyle Kuzma scored the most points for the team with 23, but it was not enough to earn the win. The Wizards were 1 point ahead going into the game.

This season, New Orleans is among the league leaders in scoring, averaging 117.1 points per game. So far, the Pelicans are also one of the more up-tempo teams in the league, sitting at 101.0 possessions per game. New Orleans heads into the game as one of the top 3-point shooting teams in terms of percentage. So far, they have hit 36.4% of their looks from deep. However, they are currently ranked just 26th in 3-point attempts per contest. On defense, the Pelicans allow an average of 110.28 points per game, placing them 13th in the league. So far, teams have shot 36.48% on their looks from outside vs. New Orleans. This figure places them 26th in 3-point shooting defense.

It’s important to note that the Pelicans will be without their top two scorers, Zion Williamson and CJ McCollum, for today’s game. This year, Williamson has been putting up 26.0 points per game, while McCollum has been averaging 20.4 points per game.

Coming into the game, Washington’s offense is ranked just 21st in scoring at 112.1 points per game. This has come while being the 17th-ranked unit in pace. So far, the Wizards are averaging 99.0 possessions per contest. Washington has struggled with their 3-point shot this season, as they are currently ranked just 22nd in 3-point shooting percentage at 34.3%. In addition, they are near the bottom of the league in attempts, at just 31.3 attempts per contest. On defense, the Wizards allow an average of 112.0 points per game, placing them 16th in the league. So far, teams have shot 35.92% on their looks from outside vs. Washington. This figure places them 21st in 3-point shooting defense.

Going into today’s game, Kyle Kuzma is the leading scorer for the Washington team, with an average of 21.4 points per game. This season, his field goal percentage is 46.1%. The team’s second top scorer is Kristaps Porzingis, who is averaging 21.9 points per game.

Neither of these teams is playing much defense as of late. I believe this game lands in the mid-230s so I am betting the OVER 228. Bet your NBA predictions for FREE this week by scoring a 100% real cash bonus on your first deposit of $100 to $300 when you use bonus promo code PREDICT100 at MyBookie Sportsbook!