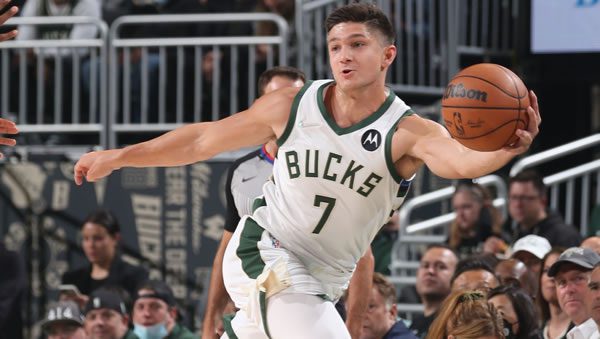 Milwaukee is 25-14 overall heading into the game. When taking to the road, Milwaukee has a mark of 9-9 and a win percentage of 50%. Currently, the team is 3rd in the Eastern Conference. So far, they are 20-17-2 vs. the spread. When looking at how the team has performed of late straight and vs. the spread, they are 3-2 in their past five games and 3-2 ATS. Over their past ten games, they are 4-6 SU and 4-6 ATS.

Milwaukee most recently lost to the Hornets by a score of 138-109. The team high 19 points from Bobby Portis was not enough to come away with the win. The Bucks were 10-point favorites going into the game.

Heading into the game, New York is 22-18 overall. When playing at home, New York has a mark of 10-10 and a win percentage of 50%. Currently, the team is 7th in the Eastern Conference. So far, they are 21-18-1 vs. the spread. New York will look to stay hot in today’s game vs. Milwaukee as they are the winners of 4 straight games.

In their upcoming game, New York will be looking to capitalize on their recent win over the Raptors. Julius Randle led the way for the Knicks with 32 points. Despite being 3-point underdogs on the spread, the Knicks were able to secure an ATS win.

In the most recent matchup between the two teams, the Bucks picked up the 119-108 win over the Knicks. The Buck’s point margin of victory was enough to cover the spread as 6.5 point favorite. So far this season, the Bucks have a record of 2-0 vs. the Knicks. In terms of betting, Milwaukee has an ATS record of 4-0-1 in the previous five matchups vs. New York. This mark has come on an average scoring margin of +12 points per game in favor of the Bucks. Milwaukee and New York averaged a combined 218 points per game in these games, leading to an over-under mark of 2-3.

This year, the Milwaukee offense is not only near the NBA average in points at 112.4 points per game, but they are also playing at a pace similar to the league average. So far, the Bucks are ranked 14th in possessions per contest. The three-point shot has been a big part of Milwaukee’s offensive game plan, as they are ranked 6th in 3-point attempts per game. So far, they have connected on 34.3% of their looks from the outside. On defense, the Bucks allow an average of 112.13 points per game, placing them 19th in the league. So far, opposing teams are hitting 35.73% of their looks from deep vs. Milwaukee.

This year, the New York offense is not only near the NBA average in points at 114.2 points per game, but they are also playing at a pace similar to the league average. So far, the Knicks are ranked 20th in possessions per contest. The Knicks have been able to put together a strong offensive attack despite sitting just 25th in 3-point shooting percentage. Overall, they are among the league leaders in attempts at 35.0 attempts per game. Defensively, the Knicks have been one of the best units in the NBA, allowing just 106.6 points per game. So far, they have done an excellent job defending the 3-point arc, allowing teams to hit just 34.2%.

Coming into today’s game, Julius Randle is the leading scorer for New York at 24.4 points per game. This season, Randle has a field goal percentage of 46.2%. The team’s second-leading scorer is Jalen Brunson, at 20.9 points per contest.

The Milwaukee Bucks and New York Knicks meetup Monday night, where oddsmakers have made the visiting Bucks a short -2.5 favorite. Who covers the spread? Get our Mil/NYK pick here! Bet your pro hoops picks for FREE this week by scoring a 100% real cash bonus on your first deposit of $100 to $300 when you use bonus promo code PREDICT100 at MyBookie Sportsbook!