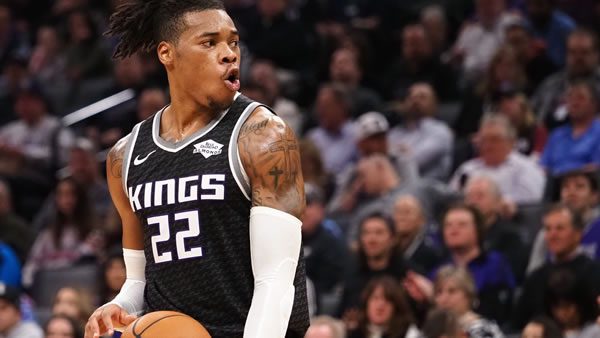 The Philadelphia 76ers enter today’s game, having won four of their past ten games. When playing away from home, the 76ers are an above .500 team, having gone 5-4. As the road team, the 76ers travel to Sacramento with a positive plus-minus rating of 0.7 points.
Overall the 76ers are ranked 10th among NBA teams in point differential (5.9). Overall, they have played the 14th toughest schedule.

For bettors, taking the Philadelphia 76ers to cover the spread has been a winning bet as they are covering the spread in 52.90% of their games. Their season-long plus-minus against the spread is 2.3.

On offense, the team’s leading scorer is PG Tyrese Maxey. So far, Maxey is averaging 18.35 points per game, and this output places him 12th in his position group. The 76ers’ best three-point shooter has been Seth Curry, connecting on 2.31 shots from downtown per game.
Andre Drummond has been in charge of cleaning up the glass, hauling in 10.38 boards per game.

The Sacramento Kings enter today’s game, having lost three straight games. This skid is part of a recent trend of going just 3-7 in their past ten games. On the season, they have played the 10th hardest schedule.

As they take on the 76ers at home, the Kings have a negative home plus-minus of -2.9 points. Overall the Kings are ranked 22nd among NBA teams in point differential (-3.7).

For bettors, taking the Sacramento Kings to cover the spread has been a losing bet as they have covered in 41.20% of their games. Their season-long plus-minus against the spread is -0.4.

On offense, the team’s leading scorer is SF Harrison Barnes. So far, Barnes is averaging 19.88 points per game. The Kings’ best three-point shooter has been Buddy Hield, connecting on 4.18 shots from downtown per game. Richaun Holmes has been in charge of cleaning up the glass, hauling in 9.94 boards per game.

The blame for the King’s poor start to their season does not fall on their offense as they have managed to pair a fast-paced style with an efficient scoring attack. However, in this game, I expect the 76ers to try to slow the game down. On average, when Philly takes on fast-paced teams, they bring the game down by 2-3 possessions. In these scenarios, they win at a rate of 65%.

Even without Joel Embiid, look for Philadelphia to have a good game offensively. Throughout the season, Sacramento has struggled to limit opponents’ ability to get open looks from downtown. Not having their top player has forced the 76ers to become more reliant on shots from behind the arc.

55% are betting the Kings against the spread.

With the spread sitting at 2.5 points in favor of the Kings, I will be taking the 76ers to win this game. As the road underdog, look for Philly to win this game by at least four points. Even without Joel Embiid, I see Tobias Harris and Tyrese Maxey establishing a groove on offense. Danny Green and Seth Curry will also get plenty of open shots from the three-point line. Look for this game to be a high-scoring affair, with the 76ers coming away with the win.

My favorite prop bet of the night is to take Tobias Harris to go over his point total. Harris will look to be very aggressive against a Kings unit that struggles to slow down their opponent’s top scorer. The Sixers forward should see plenty of trips to the line as he looks to attack the basket.