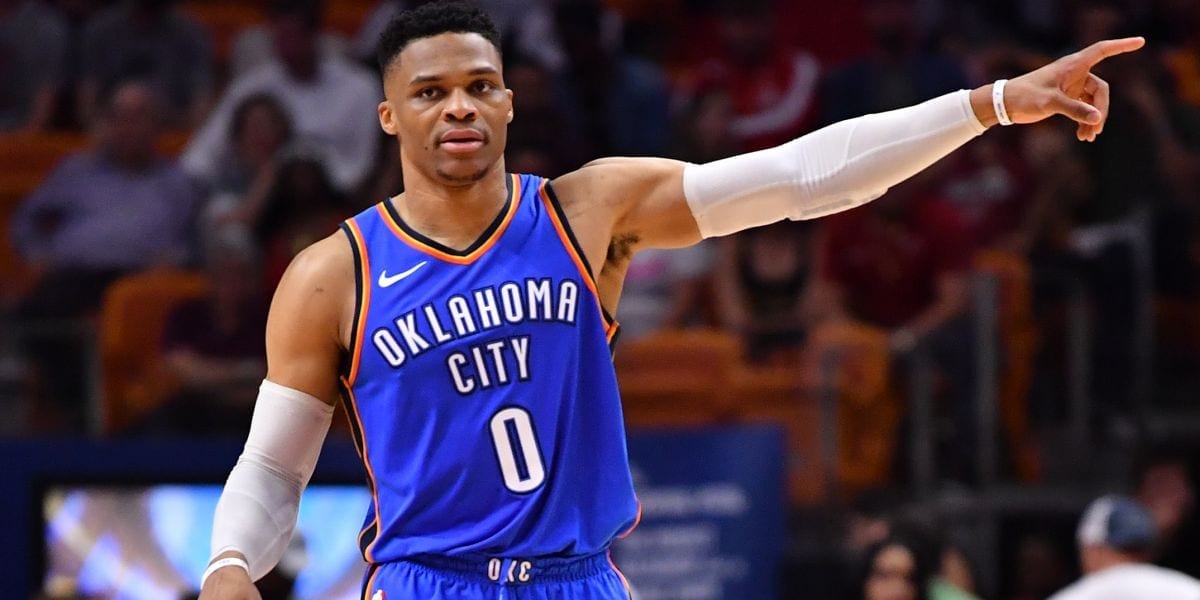 Takeaways From Oklahoma City and Portland’s Most Recent Games

The Thunder appear to be every speck of the playoff team they normally are as they enter on a two-game winning streak capped off most recently by a 107-100 victory in the City of Angels over the Lakers on Wednesday (winner, chicken dinner). The Thunder have been lightning in a bottle against the spread in the previous two games covering on both occasions as a mid-range favorite.

The Trailblazers come in off two consecutive wins in their own right. However, Blazers fans had to hold their breath on New Year’s Day when overtime was required for Rip City to get by the Sacramento Kings in California’s state capital. The Trailblazers defeated the Kings by a score of 113-108 and produced their second straight cover as a one-point favorite.

How the Public is Betting the Oklahoma City-Portland Game

Currently, 62% of the public is betting Portland at their online sportsbook in a pick-em scenario. As a result, we have seen Portland drop the point it was taking back when the line opened.

This is the first meeting of the year between these two sides but Portland has dominated this series as of late, entering on a six-game winning streak against Oklahoma City. Most recently, the Trailblazers edged out the Thunder in Oklahoma City by a score of 108-105 in March 2018 as a four-point underdog.

Heading into this Western Conference collision both teams enter in relatively good health with minimal injury concerns to key personnel.

Thunder point guard Russell Westbrook’s reputation as a game-changer speaks for itself. In the 2018-2019 season, he has once again put up numbers that warrant consideration for another MVP award. On the year, Westbrook averages a triple-double as he produces 20.7 points per game, 10.1 assists per outing, and 10.9 rebounds per contest. While he is at it, Russell also likes to pick opponents pockets 2.7 times per game. Combining this kind of production with a 26.7 points per game scorer in standout forward Paul George, the Thunder can attack Portland from a variety of angles. This is before their fourth-ranked scoring defense (105.4 points per game) is even factored into consideration.

In a game that could be settled by points left on the table, Portland has a distinct advantage in that department as they are the best team in the NBA in opponent free throw percentage (73.5%) while shooting a third-ranked 81.3% from the charity stripe. This is a significant edge for Portland as the Thunder are ranked 28th in free-throw percentage (70.1%). Rip City will look to exploit this angle with home court advantage working in their favor to notch another win under the belt. The heartbeat of this Portland team is their point guard Damian Lillard who has proliferated 26.7 points per game while averaging 5.8 assists per outing.

The most prominent trend in this series is the fact that the Trailblazer win streak in this series. The Trailblazers have also been a cash cow in this series as they have successfully covered in the previous six meetings regardless of whether they were the favorite or underdog. In addition, Portland is 8-1 SU in the last nine meetings overall between these two franchises. All of these narratives will garnish plenty of action on Portland here. Let us know your thoughts on these trends.

There are some that will imply that the Thunder are underpriced in this spot as they could be justified in giving away a three-pointer to Portland. There are several reasons why this would be the case as the Thunder own the better defense, commit less turnovers, and have two superstars that could change the course of the game in a blink of an eye compared to Portland’s Lillard who is more of a one-man show. However, the Blazers will get a lot of looks given their recent success against the Thunder both straight up and against the spread. Nevertheless, the more that Portland wins and covers against Oklahoma City the more they are prone to being overvalued in their follow-up. Given what some metrics imply compared to the current asking price, this seems to be the case here. Russell Westbrook will create scoring opportunities against Portland’s 16th ranked scoring defense (110.4 points per game) and the Blazers will struggle against both him and PG as they have no front court options to contain George. Oklahoma City will win this one decisively.