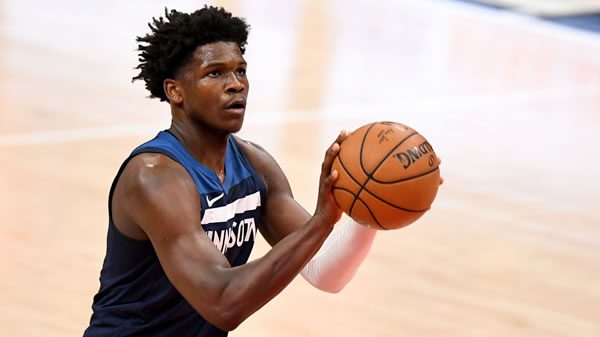 In their last outing, Detroit was unable to come away with a win against the Bulls, losing by a score of 132-118. Jaden Ivey led the team with 22 points, but it was not enough to overcome their status as 7-point underdogs. The Pistons also ended up with an ATS loss in the game.

Heading into the game, Minnesota is 16-20 overall. When playing at home, Minnesota has a mark of 9-8 and a win percentage of 53%. Currently, the team is 11th in the Western Conference. So far, they are 14-22-0 vs. the spread. The Timberwolves need a win in today’s matchup vs. Detroit to avoid their 6th straight loss.

In their last game, Minnesota was defeated by Bucks with a score of 123-114. Despite Anthony Edwards scoring 30 points, the team was unable to come out on top. Going into the game, the Timberwolves were 7-point favorites.

The Timberwolves will look to carry over last year’s success vs. Detroit, as the won both games of the series. The average point total of these two meetings was 239.0, with Minnesota winning by scores of 128-117 and 117-105. In last year’s head-to-head meetings, the Pistons averaged 111.0 points per game vs. Minnesota, which was an increase over their season-long average. On the other side, the Timberwolves also experienced an uptick in scoring during head-to-head matchups, averaging 123.0 points per game vs. Detroit. In terms of betting, Minnesota has an ATS record of 5-0 in the previous five matchups vs. Detroit. This mark has come on an average scoring margin of +12 points per game in favor of the Timberwolves. The over-under record in these same games is 2-3, with the teams combining for an average of 226 points per game.

Coming into the game, Detroit’s offense is ranked just 22nd in scoring at 111.6 points per game. This has come while being the 15th-ranked unit in pace. So far, the Pistons are averaging 99.7 possessions per contest. When looking at the team’s 3-point shooting numbers, they profile as an average team in both percentage and attempts. For the season, the Pistons’ offense is ranked 15th in 3-point attempts per game while connecting at a rate of 35.2%. The defense has been a struggle for Detroit, as they are currently allowing 112.55 points per game. The team’s 3-point shooting defense has been a problem this year. So far, opposing offenses have hit 36.41% of their looks from the outside.

Going into today’s game, Bojan Bogdanovic is the leading scorer for the Detroit team, with an average of 20.6 points per game. This season, his field goal percentage is 47.5%. The team’s second top scorer is Jaden Ivey, who is averaging 15.5 points per game.

This season, Minnesota is among the league leaders in scoring, averaging 114.7 points per game. So far, the Timberwolves are also one of the more up-tempo teams in the league, sitting at 101.6 possessions per game. Minnesota’s 3-point shooting numbers are below the league average, as they have hit just 34.2% of their looks from deep. On average, the team gets up 32.4 3-point shots per game, placing them 20th in the NBA. The defense hasn’t been a strong point for Minnesota, as they are currently allowing 113.3 points per game. However, even with their overall struggles, the team has done a good job defending the 3-point line. So far, opposing teams have hit just 34.89% of their looks from deep.

Coming into today’s game, Anthony Edwards is the leading scorer for Minnesota at 23.7 points per game. This season, Edwards has a field goal percentage of 46.4%. The team’s second-leading scorer is D’Angelo Russell, at 16.8 points per contest.

The Timberwolves have lost five straight games and are on the second game of a back-to-back. Yes, Detroit is playing poorly too, but the T-Wolves shouldn’t be favored by this many points against anybody in the NBA right now. I’m betting on the Pistons plus the points! Bet your NBA picks for FREE this week by taking advantage of a 100% real cash bonus on your first deposit of $100 to $300 when you use bonus promo code PREDICT100 at MyBookie Sportsbook!