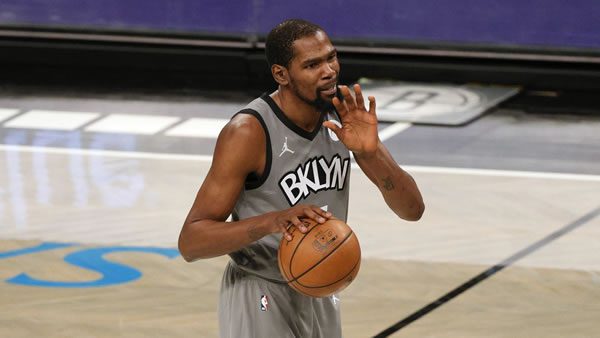 Heading into the game, Brooklyn is 23-12 overall. When taking to the road, Brooklyn has a mark of 11-7 and a win percentage of 61%. Currently, the team is 3rd in the Eastern Conference. So far, they are 17-17-1 vs. the spread. In their matchup against Charlotte, the Brooklyn Nets have won 10 straight games and will look to push that mark to 11 in a row.

In their last outing, the Nets emerged victorious against the Hawks, winning by a score of 108-107. Kyrie Irving led the team in scoring with 28 points. The Brooklyn team was not able to cover the spread as 7-point favorites.

In their last game, Charlotte defeated the Thunder (121-113) as 2-point favorites. LaMelo Ball led the team with 27 points on 60.0% shooting. The Hornets also covered the spread with the victory.

In the most recent game between the two teams, the Nets picked up a 98-94 win over the Hornets. When looking at the outcome vs. the spread, Brooklyn entered as the 4.0-point favorite, resulting in an ATS push. So far this season, the Nets have a record of 2-0 vs. the Hornets. The level of competition has been tight in the five most recent games between the Nets and Hornets, with just 1 point per game separating the teams. Charlotte has the ATS edge in this span at 3-1-1. In these matchups, the teams have put together an over-under mark of 2-3. Combined, they averaged 223 points in these games.

This season, the Nets’ offense averages 114.3 points per game, which is 15th in the NBA. In terms of pace, Brooklyn has been playing at one of the slower tempo’s in the league, averaging just 98.0 possessions per game. Brooklyn has struggled with their 3-point shot this season, as they are currently ranked just 2nd in 3-point shooting percentage at 39.0%. In addition, they are near the bottom of the league in attempts, at just 31.0 attempts per contest. On defense, the Nets are allowing an average of 112.12 points per game, placing them 18th in the league. So far, they have done a good job defending the 3-point arc, as teams are hitting just 34.46% of their looks from deep.

Kevin Durant is the top scorer for the Nets, with an average of 29.9 points per game. This season, his field goal percentage is 56.0%. Kyrie Irving is the team’s second-leading scorer, averaging 26.1 points per game.

For the season, Charlotte averages 111.4 points per game, which is 25th in the league. This below-average production has come despite being one of the faster-paced teams in the NBA (4th). Charlotte’s 3-point shooting numbers are below the league average, as they have hit just 32.4% of their looks from deep. On average, the team gets up 33.1 3-point shots per game, placing them 18th in the NBA. The defense has been a struggle for Charlotte, as they are currently allowing 114.89 points per game. The team’s 3-point shooting defense has been a problem this year. So far, opposing offenses have hit 36.29% of their looks from the outside.

A major injury to note for today’s game is that Charlotte will not have Kelly Oubre Jr. available, as is already listed as out on the injury report. P.J. Washington will take on the role of the primary scorer for the team. This season, Washington is averaging 15.1 points per game for the Hornets.

The Nets are as hot as any team we’ve seen this season. The Hornets have some nice pieces but aren’t playing good basketball right now. I’m predicting the Nets to win by double digits on NYE! Bet your NBA basketball predictions for FREE this week by scoring a 100% real cash bonus on your first deposit of $100 to $300 when you use bonus promo code PREDICT100 at MyBookie Sportsbook!