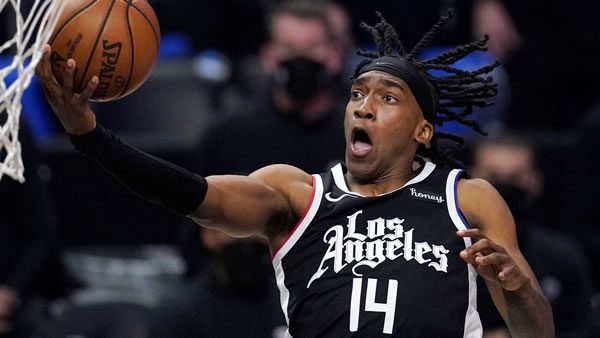 Point Spread: HOU +10/LAC -10 (Opened at 10 at Bovada - Check out their live betting! The platform is the most user friendly on the web!)

The Houston Rockets come into this matchup with a 15-42 record and sit 15th in the Western Conference. It goes without saying that the Rockets are preparing for next season as they eye up the top pick in the draft for next season. Houston’s lone win this month came in a major upset over the Cavaliers, but since then, the Rockets’ offense and defense have been able to show up on the same night. Houston has managed to put up 120+ points against good defenses like the Suns and Raptors, but their defense has been their downfall all season. While the Clippers aren’t a top offense by any means, the Rockets’ defense could make the Clippers look like one in this game. Houston is one of the worst teams at defending three-pointers, which is an area that Los Angeles has been solid all season. The Rockets allow over 13 made threes in a game, which is 6th worst in the league and allowed 38.8% from deep in their last three games. The Clippers have averaged 36.0% from deep this season and have settled into this efficiency because they lack the size and athleticism to drive to the basket without Paul George and Kawhi Leonard. Despite missing recent action with an illness, Christian Wood leads the team in scoring with 17.6 PPG. The Rockets offense is ranked 19th in the league as they average 108.4 PPG. Defensively, this team finds themselves dead last in the NBA as they give up 117.7 PPG.

The Los Angeles Clippers head into this game with a 29-31 record and sit in the 8th spot in the Western Conference. While having an overall subpar season, the Clippers have managed to hover around the .500 mark all season without Kawhi Leonard and have also missed Paul George in half of their games. After a two-game win streak, the Clippers saw it come to an end last time on the floor in a 103-96 loss to the Suns. Looking at this matchup, the Clippers come in as 10-point favorites against the worst defense in the league. With a large line in games, I immediately looked at the stats of how these teams perform in the fourth quarter, as that is where a cover is won or lost by finishing strong or allowing the underdog to go on a run in the end. The latter looks like it could be a strong possibility as the Rockets come in as the 6th best scoring offense in the fourth quarter, and the Clippers sit middle of the pack defensively in the final twelve minutes. Given that Los Angeles was able to hold the Warriors and Suns to 26 and 22 points in the final quarter of their last two games, I would imagine the lack of talent in the Rockets wouldn’t break that trend, but often teams with a large lead coast in the end, which leaves the door open for teams to cover. Looking at the Clippers’ offense, they find themselves in the 25th spot as they average 106.3 PPG this season. Defensively, they are 11th, allowing 107.6 PPG.

Rockets on the Road

Houston heads into Los Angeles with a 7-24 road record this season. As 10-point underdogs, the odds are stacked against them to win, but against the spread, the Rockets haven’t been a bad bet this season. Houston is 15-15-1 ATS in their road games this season and has shown some promise when visiting good home teams. The Rockets are 4-1 ATS in their last 5 five road games against teams with a winning home record. The ability to cover has been easier for the Rockets as they are typically double-digit underdogs in a good majority of their road games. Last night, for instance, they were 17-point underdogs in Phoenix but managed to cover as they lost by just 3 points. Coming in against the Clippers, who are a worse offense and defense than the Suns, the Rockets should have some confidence to keep this one close again. A big knock against them that will play a factor in this game is playing on back-to-back nights as they are 0-5 ATS in their last five games without rest.

The Clippers hold a 17-13 home record this season and come home to play just their second home game in 11 days. Being heavy favorites in this game, Los Angeles looks to notch their 30th win of the season against one of the worst teams in the league. For bettors, though, there is good reason to pump the brakes on backing the home team in this game. The Clippers have not played well this season as favorites going 3-11 ATS in their last 14 games when favored. At home has been much of the same as they are 1-8 ATS in their last nine games as home favorites. Given that the Clippers lack the offensive firepower to close out games, I see the Rockets winning the differential in the fourth quarter. This will make it difficult for them to cover 10 points, which, as mentioned above, is the quarter when Houston comes alive this season.

Thursday night will be the first time the Rockets and Clippers meet this season. Looking back at last season, the Clippers won two of the three matchups and, going back farther, come in winners of three of the last four.

How the Public is Betting the Rockets vs. Clippers

67% are betting the Clippers against the spread.

This Western Conference matchup features one of the top defenses in the league, taking on the worst defense in the league. Though the Rockets don’t have much to play for at this point of the season, that’s exactly what makes them a wildcard in these double-digit underdog games. The Clippers have struggled when playing as favorites this season and could fall apart at the worst time in this game as Houston ramps up in the fourth quarter. I see the Clippers struggling to hang on once again as they let this one slip away down the stretch without any offensive firepower to take the game over. Take the Rockets to cover the 10-point stretch. Bet your Hou/LAC prediction and ALL your NBA bets for FREE this week by taking advantage of a 100% real cash bonus on your first deposit of $100 to $1000 at Betnow Sportsbook!