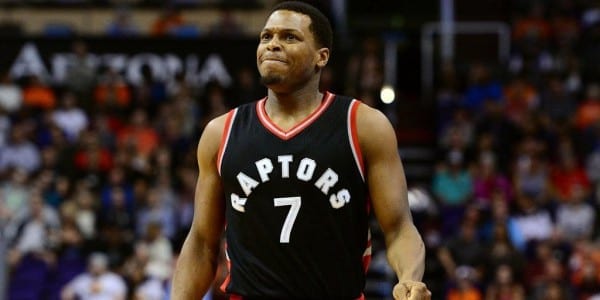 The Raptors have found new life in this series after they were looking a 3-0 deficit square in the face in Game Three. By way of a thrilling double-overtime victory in Game Three followed up by an impressive Game Four outing hosting the Bucks for the second game of a two-game home stint, the Raptors have drawn level in the Eastern Conference Finals. Game Four was Toronto’s best performance in this series as they laid waste to the Deer defeating them by a score of 120-102. Toronto was kind to backers who made many Money Line plays on the Dinos who closed as a three-point underdog as well as the dog/over parlay bettors. The Raptors led by as much as 25 against the Raptors in the series-tying win.

How the Public is Betting Game Five

The consensus appears to be keen on the Raptors here in Game Five as 54% of the general public like Toronto here with the points. Toronto opened as a seven-point underdog but as a result of the lean, the market has fallen by half of a point to where the Raptors are now taking back 6.5 points.

The Raptors have now covered successfully for the second consecutive match between these two sides. Previous to this, Milwaukee had established itself as a profitable option going 6-1 ATS and SU in the previous seven meetings before Toronto begun its present two-game win and cover streak.

Neither the Raptors or Bucks have indicated any key injury concerns heading into Game Five of the Eastern Conference Finals.

Both teams were in action on Tuesday two days ago where Toronto wrapped up a two-game home-stand against the visiting Bucks. This game will be going six games at the minimum and Toronto will be hosting said Game Six on Saturday which will be an elimination game for either the Bucks or Raptors depending on how things play out in the Fiserv Forum in Game Five.

Can the Raptors Beat The Bucks At Their Own Game Again?

In the analysis of Game One and Game Two, I highlighted that the Bucks were a dominant force in terms of rebounding. The Deer averaged a league-leading 49.7 total rebounds per game at the conclusion of the regular season. Conversely, Toronto finished 17th in total rebounding (45.2 total boards per contest). In the two wins this series, the Bucks outrebounded the Raptors in Game One and Game Two by a total margin of 113 to 86. Moreover, Milwaukee had flexed its muscles in the paint as they outscored Toronto 94-72 in this metric. However, Toronto moved the goalposts in Game Four as they drew level with Milwaukee in terms of points in the paint 40-40 and they beat the Bucks on the glass 44-40. Undoubtedly, this will be the recipe for Toronto in Game Five if they are keen to stage an upset.

Can Milwaukee Hone Home Court Advantage To Stop The Bleeding?

Overall, Milwaukee has looked unstoppable on their own hardwood. On the year, the Deer are 39-9 SU in the Fiserv Forum and they have outscored opponents by an average of 12.6 points this season when they are hosting. Throughout the playoffs, Milwaukee has lost just one game and that was Game One of the Eastern Conference Semifinals against Boston after they were shaking off the rust from an easy sweep of divisional rival Detroit in the first round. Outside of this one blemish, the Bucks have won all five games at home by an average of 21.4 points. Undoubtedly, Milwaukee plays at a higher level in its own stead and they will lean on their home cooking here in Game Five to turn the tide in this series back in their favor.

In Game One and Game Two, the Raptors looked like they would be quick work for Giannis and company. However, Toronto now looks like a different team that is primed to make its first ever NBA Finals appearance. As a result of this narrative, the Raptors are in position to be subjected to an overreaction in their follow-up in Game Five after looking like they could not be beat in Game Four. When you factor in the notion that the books gave the Raptors away in Game Five as a home dog in what was easily the bargain of the Eastern Conference Playoffs, the penchant for Milwaukee to be undervalued in response is that much greater. As a result, this situation makes it the ideal time to back the Bucks. Milwaukee will use their home court advantage to re-establish themselves in this series and take control with an emphatic win. I have the Deer winning this one by double-digits. Take Milwaukee at -6.5.