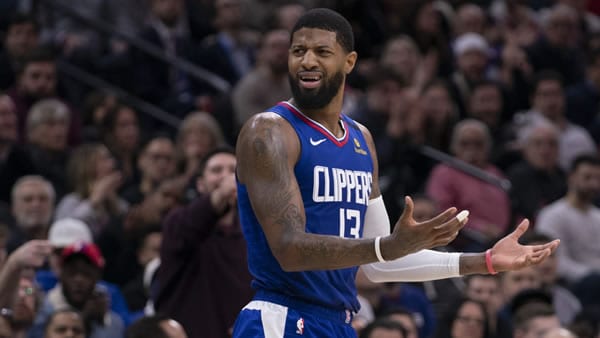 After falling into a 2-0 hole in this best-of-seven Western Conference semifinals affair, the Clippers can get things back to even when they host the Jazz for this Game 4 Monday night at Staples Center. Los Angeles lost the first two games on the road but blew out Utah at home Saturday night to get within 2-1. The Jazz opened this series as -135 favorites to win it, with the Clippers getting +115 as the underdogs; now Utah is lined at -175 with LA getting +150. Here’s our homework for this Game 4 and our free NBA playoffs betting pick.

The NBA playoffs betting market opened the Clippers at -5 for this Game 4 over the Jazz with an over/under of right around 223.5. Both those figures were holding steady in the early betting action. The best price on the Game 4 money line we could find on Los Angeles was the -201 offered at Pinnacle online sportsbook, while Utah was getting +177 at BetOnline.

Utah took the first two games of this series at home, but Los Angeles pulled to within 2-1 with a 132-106 Game 3 victory Saturday night. The Clippers used a good second quarter to lead 64-49 at the half, let the Jazz get within 84-76 late in the third but pulled away from there for the win and the easy cover as favorites of 4.5 points. LA shot a hot 56 percent from the field Saturday, hit 19/36 from 3-point land, held Utah to just 43 percent FG shooting, and won the turnover battle 16-9. With Saturday’s win/cover, the Clippers are now 5-5, both SU and ATS, this postseason. With Saturday’s loss, the Jazz are 6-2 both SU and ATS this playoff season. Utah won the first two games of this series at home by scores of 112-109 and 117-111, covering the spread in both games as a favorite of 2.5 points. Los Angeles also lost the first two games of its first-round series to Dallas, then came back to win it in seven games. So the Clippers are not unfamiliar with playing from the position they’re in. Utah finished five games ahead of Los Angeles in the regular-season standings, 52-20 to 47-25, and took the season series from the Clippers two games to one. So the Jazz are now 4-2, both SU and ATS against LA this season. However, we should point out that both Kawhi Leonard and Paul George missed one of those losses for Los Angeles. On the injury front, Utah G Mike Conley (16 points, six assists per game this season) has missed the first three games of this series with a sore hamstring and is listed as questionable for Monday night. And now Donovan Mitchell, who’s only tossed in 45, 37, and 30 points in the three games in this series, is ailing a bit after aggravating a sore ankle Saturday night.

Four of the first five meetings between these teams this season were decided by six points or less; Saturday’s Game 3 got out of hand when Utah sat Mitchell. Hopefully, he’s good to go for Monday night, and we assume he will be. And if he is, we expect another good, tough, close game, one in which five points might come in very handy. Los Angeles might win this game outright, but we like Utah plus the points for our free NBA playoff pick for Monday.