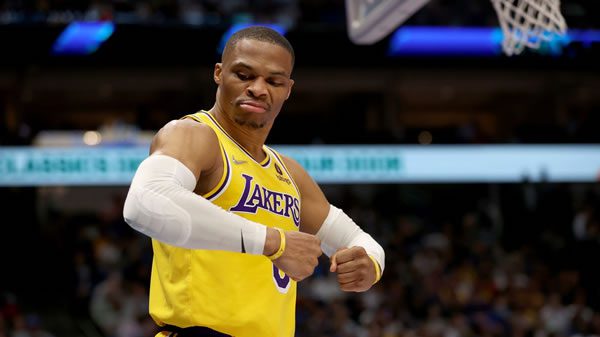 The Utah Jazz come into this game with a 36-21 record and sit 4th in the Western Conference. The Jazz are off to a perfect 6-0 start to the month as they are now a complete team that doesn’t fully rely on their offense. Their defense, in fact, has been second-best in the league over their last three games as they allowed 95.0 points per game over that stretch. Against the top 10 offense of the Lakers, the Jazz will look to build off their recent efforts at defending the paint, which is an area the Lakers consistently score in. In their last three games, Utah gave up only 35.3 points per game in the paint, which was the best mark across the league. The Lakers offense averaged 53.3 PPG in the paint in their last three games, which was sixth best. A large part of Utah’s defensive success under the basket has been getting back a healthy Rudy Gobert. In this game I would expect Gobert to give LeBron and Davis troubles in the paint with his large frame to force the ball into the hands of Westbrook, who as we all know has been having a mediocre season. The Utah offense is led by Donovan Mitchell, who is averaging 25.5 points per game this season. The Utah offense still holds the number one spot as they average 114.0 PPG. On defense, the Jazz have jumped into the top 10 to the 9th spot as they allow 106.9 PPG.

The Los Angeles Lakers come into this matchup with a 26-31 record and sit 9th in the Western Conference. The Lakers continue their slide in the West as they are now losers of two straight and are 2-4 to start February. The downfall of this Lakers team this season has been their defensive efforts, particularly in the first half of games. The Lakers allowed 63.3 points per game in the first half of their last three games and gave up an average of 57.4 points on the season, which is fifth worst in the NBA. The Jazz are in the top 10 offensively in the first half as they average 57.0 points per game. Matching up against the Utah offense, should they allow the Jazz offense to find the bottom of the basket early and often, playing catch up will be difficult against a team that doesn’t let their foot off the gas. Per usual, it is worth mentioning the self-inflicted injuries by the Lakers as they remain one of the worst teams in the league at committing turnovers with 14.7 per game. Utah is among one of the worst teams at forcing turnovers, but often enough for the Lakers it isn’t a defensive forced turnover, but rather a miscommunication or mishandling of the ball. LeBron continues to lead the Lakers offense as he averages 29.0 points per game. The Lakers find themselves as the 10th best scoring offense as they average 111.0 PPG. On the defensive side, Los Angeles is 26th as they give up 112.6 PPG.

Jazz on the Road

Utah heads into Los Angeles with a 15-11 road record as they ended their six-game home stand on Monday. While the team is happy with a winning road record, they have struggled to cover on the road in recent trends. Utah is 2-6-1 ATS in their last nine road games and have just one road win in the last six weeks. Heading on the road after six home games could be difficult for a team to adjust to, but the Jazz have proved that they take their offense with them no matter where they play. Utah averages 112.3 PPG on the road and is shooting 46.9% from the floor. If the Jazz were kicking off their road trip against a top 10 defense, I might be more concerned. Given they face the Lakers who give extra opportunities with their turnovers and push the pace as the fastest team in the league, the Jazz will get plenty of scoring chances to run up the score.

The Lakers have a 17-13 home record this season and are 3-2 in their last five home games. As home underdogs once again, the Lakers have shown no signs to give bettors the confidence to back them. The Lakers are 1-4 ATS in their last five games as a home underdog and have shown minimal fight against some of the better road teams this season. Against teams with a winning road record, Los Angeles is 1-5 ATS in their last six games. For most teams, they will usually play better defense at home, but the Lakers allow 112.7 PPG at home, which is more than they allow on the road. Against the best scoring offense in the league, Los Angeles is going to have to bank on a poor shooting night from the Jazz by their own doing as the Lakers lack in every defensive category from top to bottom.

Wednesday night will be the second time the Jazz and Lakers meet this season. The first matchup was last month, which ended in a 101-95 final in favor of the Lakers. Looking back to last season, these teams come in an even 2-2 in their last four games.

How the Public is Betting the Jazz vs. Lakers

72% are betting the Jazz against the spread.

This Western Conference matchup features the best offense in the NBA taking on one of the worst defenses in the league. The Jazz come into Crypto.com Center on a six-game win streak and show no falter in their offensive stats from home to the road. The Lakers are fighting to stay alive for the play-in tournament at this point and will rely heavily on their offense to force this game to a fourth quarter shootout to give themselves a chance. If it were the Jazz defense we saw a month ago, I could see the Lakers keeping this one close enough to cover, but with Utah on fire in every aspect of their game, I can see this one getting out of hand early. Take Utah to cover the 4.5-point spread. Bet your Jazz vs. Lakers pick and ALL your NBA bets for FREE this week by taking advantage of a 100% REAL CASH bonus on your first deposit of $100 to $1000 at Betnow Sportsbook!