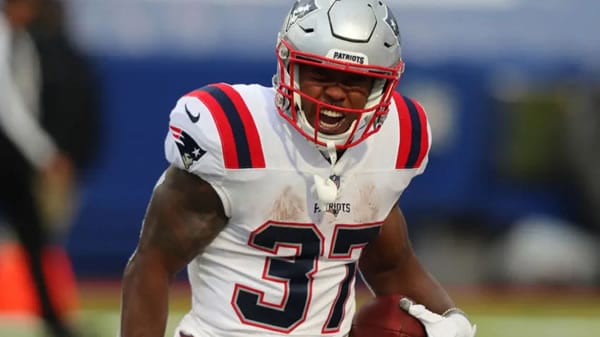 The Arizona Cardinals travel across the country to play the New England Patriots for an early Sunday afternoon matchup at Gillette Stadium in Foxboro. The two teams have split their all-time series 7-7, but they have had palindrome success against each other, with the Cardinals going 6-1 in the first seven matchups and the Patriots 6-1 in the following seven.

The Cardinals have plenty to play for with the final stretch of the season approaching, as they find themselves in a position to make the postseason for the first time since 2015 when they eventually lost in the conference championship to the Cam Newton-led Carolina Panthers. Things are lined up well for Arizona in terms of the schedule, with four teams under .500 awaiting them in the final six weeks (Patriots, Giants, Eagles, 49ers). They also have two games remaining against the NFC West-leading Rams, who have a one-game advantage over the Cardinals in the standings and give Arizona a chance to leapfrog them and capture the divisional crown possibly.

One of the biggest reasons that the Cardinals are lined up to post their first winning record in five seasons was the acquisition of wide receiver DeAndre Hopkins via trade, which ended up being an additional positive as they were able to get rid of the aged David Johnson to make way for a better backfield. Hopkins currently leads the NFL in receiving yards (912) and is third in receptions (72), and if he can somehow find his way into the endzone more often (4 touchdowns), it would only add to his current title as the best wide receiver in the NFL. He will undoubtedly be challenged this week if matched up against Stephon Gilmore, who may not be having the best season of his career, but still has ample talent and the respect of his opponents, considering he wasn’t targeted once against the Texans.

The effect of DeAndre Hopkins through the passing game is obvious, but his addition also helped open things up a great deal for his quarterback Kyler Murray in the running game. Last season Murray ran for four touchdowns, but this season with Hopkins opening up the field for him with the extra attention from defenders, he has rushed for ten touchdowns thus far to go along with 619 yards on the ground. Don’t confuse Murray with someone, though, where rushing is the only part of his game (Lamar Jackson), as the Arizona quarterback is plenty capable of passing as well and so far this season has thrown for over 2600 yards to go along with 19 touchdowns. Hopkins is obviously his favorite target, with Christian Kirk and Larry Fitzgerald the clear second and third options for Murray and the Arizona passing attack.

Leading the Cardinals in rushing is Kenyan Drake. He is having a good enough year with 641 yards rushing and five touchdowns but still not exactly living up to the potential some expected entering the season. Behind him on the depth chart is Chase Edmonds, who has only one rushing touchdown and half the yards of Drake but has been far more effective out of the backfield in the passing game with 36 receptions for just under 300 yards and three touchdowns. Both have an opportunity for success this weekend against a Patriots run defense that ranks just 21st in the NFL.

Last Sunday’s loss to the Houston Texans put another nail in the coffin in terms of the Patriots and their 2020 season. They have four games remaining teams with at least six wins (Cardinals, Rams, Dolphins, Bills), a road trip to take on Justin Herbert, and the suddenly viable Los Angeles Chargers before things mercifully end with their one lay-up, a home matchup against the winless Jets. New England hasn’t finished a season with a losing record since 2000, Bill Belichick’s first year in Foxboro, but it’s looking like it will take more than a Christmas miracle to make that happen this year and see them continue their streak of postseason success.

Patriots quarterback Cam Newton continued to play turnover-free ball against the Texans a week ago and now has gone four straight games without an interception. Another much-improved part of his game has been passing downfield, and if he continues with that success, it should help open things up for the running game as well. Unless, of course, Patriots offensive coordinator Josh McDaniels continues to run the offense into the ground.

Last week the Patriots gave running back Damien Harris the ball five times on the opening drive, which ended with him rushing in for a touchdown. It was the first time all season that the Patriots got into the endzone on their first possession of the game, but instead of continuing to give the ball to their best running back, McDumbass decided Harris would only get six additional carries the rest of the game as the Patriots continued to struggle with offensive consistency. That was in large part due to McDaniels predilection for calling draw plays to Rex Burkhead on third and long and having them go nowhere rather than riding with Newton to get them down the field, especially considering how well he has done of late on longer passes. The Patriots’ offense can only go so far if their overrated hack of a coordinator keeps killing drive after drive with his vast stupidity.

Along with Damien Harris, who played well when actually given a chance to be on the field, Patriots receiver Damiere Byrd had his best game of the season against the Texans with six receptions for 132 yards and a touchdown. It will be interesting to see if the Cardinals give wide receiver Jakobi Meyers extra attention like the Houston defense did after he recently became Newton’s go-to person in the passing game. The Patriots passing game will continue to rely heavily on those two, along with N’Keal Harry and James White as the season enters its final stretch, with White expected to see an increased workload with Rex Burkhead lost for the season due to injury.

New England has struggled this season against quarterbacks with scrambling and passing ability, losing to Russell Wilson, Patrick Mahomes, Josh Allen, and last week DeShaun Watson. Kyler Murray is on the precipice of making the leap into elite territory with Wilson and Mahomes and certainly has the prime talent and supporting cast around him to take advantage of the Patriots’ defensive incompetencies against such a skill set. That, combined with a New England offense that can’t get consistent success thanks to a coordinator that proves on a weekly basis that he is nothing without Tom Brady around, has me siding with the Arizona Cardinals to get the win and cover on Sunday against the Patriots.

Mike’s Pick to Cover the Point Spread: Arizona -2.5. Why bet on games at -110 odds when you only have to lay -105 at BetAnySports? It just doesn’t make sense!