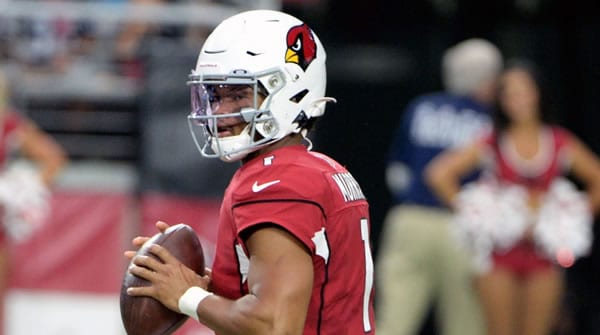 After starting the season on a high note, the Arizona Cardinals have since fallen back to reality. Arizona began the season 2-0 SU and ATS but have failed to win or cover in their last two outings. Most recently, the Cardinals were on the road against the Carolina Panthers and fell to the Black Cats by a score of 31-21. Arizona had closed as a road favorite, spotting a field goal to Carolina. Overall, Arizona has been kind to takers as they remain 4-2-1 ATS in their previous seven matches dating back to the 2019 season.

The Jets were in action last Thursday when they played host to the visiting Denver Broncos. Closing as a one-point home favorite, the Jets failed to deliver the goods in a 37-28 defeat. New York remains winless on the season and has yet to cover while doing so. Expanding on their poor performance portfolio as a whole, the Jets have gone just 2-7 ATS in their last nine contests. New York will step into this contest with an extended period of rest, which can offer a tactical advantage in preparing in this match-up.

How the Public is Betting the Arizona-New York Game

We have 75% of the betting public like the Cardinals here laying the points. Interestingly enough, we have seen the line move in a reverse direction. Arizona opened as an 8.5-point choice and has since fallen back to a mere 6.5-point favorite. This is often indicative of “sophisticated” money moving in early on the points, suggesting that New York may indeed bode tremendous equity in this spot.

The Jets and Cardinals have met on three occasions in the previous 12 years. New York has gone 2-1 SU over this span while the Cardinals have gone 2-1 ATS in this sample. The two sides last met in 2016 in Arizona, where the Red Birds thrashed Gang Green 28-3 to cover easily as a seven-point favorite.

Lay only -105 on all your point spread bets at BetAnySports >>>

For those that fancy the Under, the Under has gone 5-1 ATS in the last six games involving the New York Jets. Moreover, the Under is also 4-0 ATS in the previous four fixtures that the Cardinals participated in.

The most significant injury issue is with the Jets. Quarterback Sam Darnold is out with a shoulder injury; Joe Flacco will make his first start for the team.

The Jets have the lowest stock in perhaps all of the teams in the NFL at this point. How they have fared in 2020 so far speaks volumes into this. However, at some point, something has to give here for New York. While by no means am I suggesting that this team is playoff caliber, I am certain that they want to get off the funk desperately. When you consider who the Jets have next in their preceding three tilts: at Los Angeles next week, followed by Buffalo, and then at Kansas City (yikes!), this has to be the most winnable scenario that the Jets will come across for a while. Unless this team plans to go 0-8 and continue on a trajectory to perhaps an unspeakable record, New York will have to act now. I expect the Jets will be throwing the kitchen sink at Arizona just to get their first win of the season. If at nothing else, the reckless abandon of the Jets with a nothing to lose and everything to gain approach will make them a live dog here.

Furthermore, Arizona has also demonstrated that it is not a team that should be giving points to anyone on the road. They were upset twice already in such a spot this year and now are giving even more lumber to the Jets, simply because of how poor New York has look. However, Arizona will see a different team than many expect on Sunday.

New York is almost certainly working with inflated points at this juncture, given how poorly they have performed season-to-date. This, if anything, implies that the Jets will make this game a competitive one. An upset is undoubtedly feasible here, and the Jets likely will do so, for that matter. However, I will grab the points as there are more than enough to work with here. Bet your Cardinals/Jets pick FREE by depositing $200 and receiving a FREE $100 bet at one of the web’s oldest and most trusted football betting sites: Bovada Sportsbook!