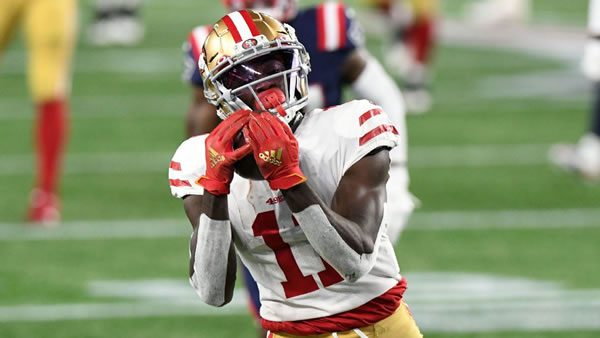 The Arizona Cardinals take on the San Francisco 49ers on Sunday in the regular-season finale for these NFC West teams. The Niners continued their winning ways last week with a 37-34 win over the Raiders in overtime on Sunday. With nine straight wins, they are now looking for a possible number-one seeding, quite a feat considering all they overcame to get to this spot. Standing in their way is a sideways 4-12 Cardinals squad, losers of 6 straight, including a 20-19 loss to the Falcons last week. Can they put up a fight, or will the Niners romp? Let’s break it down!

Obviously, there are no such issues for a Cardinals team that has long known this season wasn’t going anywhere. Having gone four-deep into the QB barrel last week, they’re basically trying to get to the finish line at this point. San Francisco, meanwhile, overcame a 3-4 start and can now get the top seed. It’s just that we need to examine how real that chance is in all reality. A win here for the Niners, along with a loss by the Eagles to the Giants next week, would earn the Niners the valued top-seed in the NFC. Both games will be played at the same time. With the Giants already having locked in the 6-seed, they have nothing to play for, and how they approach this game isn’t known. The Eagles are dealing with some injury issues but should be pushing to earn the top seed, something a win will get them. How this effects this game is speculative, but if coach Shanahan looks up and sees Philly drubbing a Giants’ team that has nothing to play for, how much will he push it? It’s not like they can afford more injuries. And we have a 14-point spread to deal with in this game.

What Can the Cardinals Do About It?

Two straight covers in two close losses shows the Cardinals aren’t really tanking it. I’d imagine all involved will welcome the end of the season on Sunday, but there are enough marginal types in the rotation who at least seem reluctant to make a bad impression for career-sake if nothing else. You have a smattering of different practice-squad level QBs looking to make a good impression. And sure, there are also enough disinterested veterans who are more cemented who have probably checked out mentally, but you will see some effort. Still, it wasn’t effective the first time, when the Niners flattened the Cardinals 38-10 in week 11. It’s just with James Conner questionable, the firepower on this Arizona team is minimal at this point. It’s unclear if the Cardinals will again be going with David Blough at QB.

In any event, it’s doubtful the Cardinals really have much of an answer for any version of a 49ers team that is close to what they’ve been for the past two months-plus. Showing some resistance against Atlanta and Tampa is one thing, but a Niners team with something to play for that is at home and already beat them by four TDs is a different deal. Only two teams in the NFL have allowed more points this season and even with their third QB of the season in Brock Purdy, San Fran is still wielding a well-oiled offensive machine that surpasses what Arizona has seen recently.

San Francisco is far and away the better team, facing a Cardinals teams where the story gets worse seemingly every week. With their run-game in decay and Conner iffy, what are the real prospects for the Arizona aerial-game this week with Blough or whoever is in there? Meanwhile, you have a Niners team on a wave of nine straight wins looking for a strong finish with something play for. You have to imagine that nature takes its course early in this game, with a superior Niners team hitting the scoreboard and the Cardinals struggling to keep pace. And even if they look up and see the Eagles battering the Giants and decide to pull guys, who’s to say their replacements can’t still give this Cardinals’ defense problems?

Still, a 14-point spread requires a nice set of conditions. Guys on that Cardinals team are still out there trying. You have a possible result with the Eagles and Giants that could force Shanahan’s hand. When looking to cover in the NFL with numbers like this, you like to see a clear path to success. We see Christian McCaffrey dealing with some knee soreness, and you just can’t really imagine him getting a big workload this week even if things progress well this week. They’re already without Deebo Samuel, so you have the prospects of Brock Purdy working with George Kittle and Brandon Aiyuk as his featured pieces need to cover a jumbo spread in a spot where there’s a chance Shanahan calls off the dogs.

There are some damning details that San Fran backers should find disconcerting—the reduced personnel issue, some injuries, and a script that might not cooperate with the notion of a Niners romp on Sunday. It’s just if it were about any other team than the Cardinals, it would hold more water. There are issues of class, firepower, and urgency that just might trump the drawbacks the Niners face as an ATS cause this week. And while a more-subdued win seems to be in the cards, I just suspect that the initial burst the Niners put on the Cardinals in the first half will be too much for Arizona to overcome. I see the Niners covering the spread on Sunday.

Loot’s Prediction to Cover the Point Spread: I’m betting on the San Francisco 49ers minus 14 points.