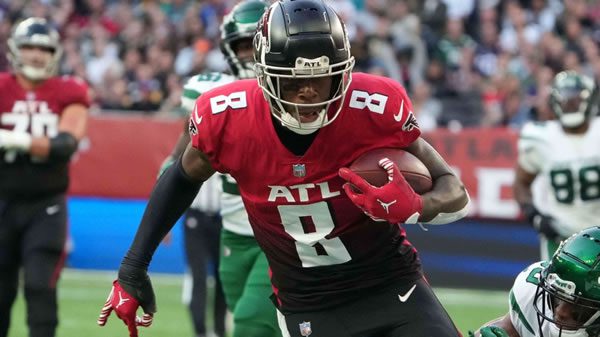 Last week, the Cincinnati Bengals picked up a critical 30-26 victory over the New Orleans Saints to climb back to the .500 mark on the season. In many ways, the Bengals found some of their offensive mojo that led the team to last year’s incredible Super Bowl run. In the road trip to New Orleans, QB Joe Burrow and WR Jamarr Chase rekindled their Superdome magic by connecting on two big passing touchdowns to rally back from a 23-14 deficit as the Bengals offense reminded everyone they have big play potential. On Sunday, Cincinnati’s offense will attempt to remain hot when they host the Atlanta Falcons as 6-point favorites at Paycor Stadium.

The visiting Atlanta Falcons are fresh on the heels of their biggest victory of the season in a 28-14 thumping over the injury-ridden 49ers. Despite being 3-3 SU, the Falcons have exceeded expectations by every stretch of the imagination. Last week, QB Marcus Mariota had an incredible performance by hitting 12 of 13 passing for 129 yards with two touchdowns. Mariota added another 50 yards on the ground and another rushing touchdown in the 28-14 victory over San Francisco. Before the game, the Falcons were listed as 3.5-point underdogs. In fact, it was the 6th straight game to start the season the Falcons were listed as underdogs, and they have covered (6-0 ATS) in every game. For Sunday’s road trip to Cincinnati, the Falcons will look to keep that streak alive as 6-point underdogs.

From a match-up perspective, the Bengals definitely have all the weapons on offense in receivers Chase, Tee Higgins, and Tyler Boyd. Throw in the emerging passing threat in TE Hayden Hurst, and the Bengals have the top receiving corps in football. With that being said, problems still surround the pass protection. Cincinnati’s offensive line has allowed 21 sacks to QB Joe Burrow which is 3rd worst in the NFL. Cincinnati’s passing attack is the big advantage here, but that is only contingent upon the offensive line playing better and allowing time for things to open down the field.

If the Falcons can get the pass-rush going, Atlanta’s offense is gritty enough to win football games. I mentioned earlier that QB Marcus Mariota is fresh off his best performance of the season, which is the reason for optimism. With that said, the Falcons remain heavily invested in the running game as the basis of their offense. Cincinnati’s defense has been fairly solid against the run, so I’m not exactly expecting Atlanta to have an overly abundant amount of success in the run game. More importantly, I question if Mariota has the ability to rally from behind if the Bengals’ offense gets a fast start. Either way, Mariota has to play well to keep this game close.

Despite showing some big play potential last week, I’m still not convinced the Cincinnati offense is going to post big performances on a weekly basis. The offensive line is still pretty bad, and the Falcons will create a solid pass rush. Based on Atlanta’s game script, which is heavily favored around the run and a running clock, I think scoring opportunities will be limited. The Bengals have hit the “under” in 10 of the last 11 games, and I think that is the play here!

Jay’s Pick: Take the under 47.5. Get a 125% real cash bonus up to $400 and a FREE half point every time you bet your favorite team when you use bonus code PREDICTEM at GTBets Sportsbook!