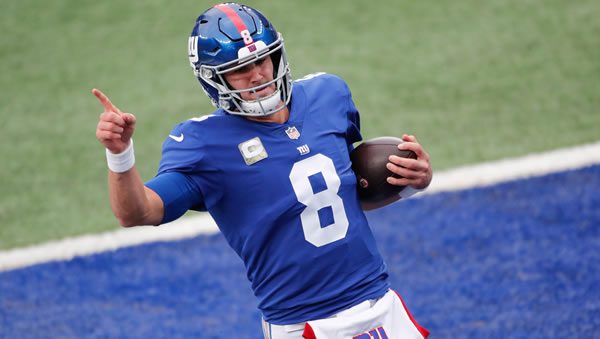 Last week, I described the Atlanta Falcons as among the bottom two teams in the NFL, along with the New York Giants. I also described their matchup against the Buccaneers as a treacherous one due to Tampa Bay’s defensive pressure on opposing quarterbacks. Needless to say, the Buccaneers thrived on Atlanta’s offensive line issues forcing Matt Ryan into three interceptions which included two pick-sixes. The Buccaneers cruised to a 48-25 thumping over a Falcons team who has started the year with two dismal performances. On Sunday, Atlanta will get a more favorable matchup when they travel to MetLife Stadium for a date with the New York Giants.

While the matchup will be more favorable for Atlanta, I’m not necessarily expecting a different result. The Giants will enter Sunday’s matchup with a few extra days of rest and on the heels of a heartbreaking loss to Washington last Thursday. Despite still being winless, the Giants offense competed with one of the better defenses in the NFL. QB Daniel Jones had an excellent performance by hitting 22 of 32 passing for 249 yards with a touchdown. Jones also added another 95 yards on the ground to compensate for running back Saquon Barkley, who has gotten off to a slow start following last year’s ACL injury. Despite the Barkley concerns, the Giants are a decent football team that enters Sunday’s meeting with Atlanta in a potential eruption spot to bust this 3 point line wide open.

While I have been very critical of Atlanta, I must admit that this matchup is not overly daunting on paper. The Giants failure to apply a consistent pass rush will help Atlanta’s protection issues and perhaps give QB Matt Ryan some opportunities to threaten in the passing game. Despite the three-interception performances last week against Tampa Bay, Ryan still tallied 300 passing yards. TE Kyle Pitts appeared to take a step forward as a potential playmaker in the passing game, and WR Calvin Ridley remains an elusive receiving threat. Those factors combined will give Atlanta opportunities to move the ball downfield and create scoring opportunities.

Keep in mind, scoring opportunities do not always parlay into points on the scoreboard. For Atlanta to pull off this upset, they will have to do a much better job of protecting the football, and their turnover issues are nothing new going back over the last few years. Personally, I think Atlanta needs a turnover-free game and also a strong offensive performance to come out victorious. The reason for that belief is that the Giants are building momentum on the offensive side of the ball. QB Daniel Jones was able to get all of the receivers involved in last week’s loss to Washington. Receivers Sterling Shepard, Darius Slayton, and Kenny Golladay are among the league’s most underrated receiving corps.

To make matters even worse, Atlanta’s defense is flat garbage, especially in coverage. Guys like Shepard and Golladay are going to be able to create space to make things happen down the field. If we see the slightest improvement from Barkley in the backfield, I really feel like this could be an all-around strong performance from the Giants entire offense against one of the worst defenses in the NFL. Simply put, I think Jones will make the best of the opportunities, and I would not be surprised to see this offense in scoring range with every possession on Sunday!

Jay’s Pick to Cover the Point Spread: Another week, another Falcons fade. Take the Giants -3. Bet this game and ALL your sports bets at -105 reduced odds at Betanysports! Making the switch to discounted odds betting will save you THOUSANDS of dollars in vig over the years! Click here to start betting smarter today!