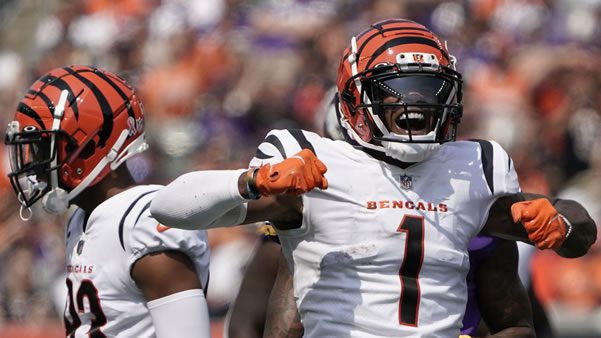 The Baltimore Ravens take on the Cincinnati Bengals in the AFC Wild Card round on Sunday. These familiar foes faced each other just last Sunday, with Cincy taking a 27-16 win over the Ravens to end the regular season. This is now the third battle between these teams this season, with the Ravens holding an earlier-season 19-17 win over the Bengals. The Ravens are hoping to get Lamar Jackson back to give their postseason cause some hope, while Cincinnati is looking to once again claim the AFC Conference, ending the season strongly with eight straight wins. Who can get it done in Cincinnati on Sunday?

Being Realistic About Baltimore

There are ample excuses for the Ravens, including the normal injury refrain. And with the poor replacement-play they got, it’s clear they’re missing Jackson. But the second half of the season has seen the Ravens look anything but the part of a contender. Even when Jackson was in there, the offense was grinding away with poor results. The second half of the season has been a collection of losses, sprinkled with too-close-for-comfort wins over Carolina, Denver, Pittsburgh, and Atlanta, with nary an impressive performance among the lot. With their position locked in and resting their starters last week, perhaps that game isn’t a great gauge. They could be getting Lamar back, and in the only other game where the teams were going all-out, the Ravens won. But that was a struggling Bengals team, and with eight straight wins, they would appear to represent a taller task this week.

It’s just that with all the Bengals have going for them, the inadequacies of the Baltimore team only shine through more vivid. They can still run the ball, though you wonder if that’s a part of Jackson’s game they can flex in this spot with so much time missed. Aerially, they are without any viable weapons outside of Mark Andrews, whose big games have become more seldom this season. They might get JK Dobbins to step up some weeks, with guys like Kenyan Drake popping up different weeks, but the cast is just a big uncemented mish-mosh.

Part of you wants to hold out hope for the Ravens. Their defense has managed some respectable showings in recent weeks. Last week, not so much, but they didn’t really need the game. Leading into that, a defense that is getting little support on the other side of the ball had allowed a combined 51 points in their last five games. Granted, Cincinnati does a lot of damage aerially, but Baltimore has become pretty adept at defending the run, even seeing their secondary perform better in spots over the second half of the season. But maybe it’s in Lamar where the real hope lies, the feeling that one of the few magical players in this league can recapture that flair just in time to put this team on his back. But yes, the layoff and how he has less around him than he ever had would seem to make it seem like a dicey proposition.

Some different things have shaken out over the course of the season that would seem to give the Bengals an advantage in this spot. Again, their vital aerial attack led by QB Joe Burrow with Ja’marr Chase and Tee Higgins allow the Bengals to prey on the weakest aspect of the Baltimore defense. And over the season, we’ve seen the Cincinnati run-stop really get back to its peak, which would seem to fit in well with what the Ravens generally do. The way to get to the Cincinnati defense is aerially, and you have to wonder what the Ravens are capable of in that regard. Still, that Cincinnati offensive line may have become more-serviceable over the course of the year, but it could still be pushed around by a good Baltimore defensive front that might not have tipped their hand last week.

The Bengals have proven themselves in these spots. And sure, maybe the gap isn’t so wide between the two teams if Baltimore plays a little better defense and gets a boost from the potential return of Jackson. It just seems that from a bottom-line standpoint, the Bengals are real contenders, along with Buffalo and KC, while Baltimore is typical wild-card fodder. There’s a class discrepancy that might be too wide for the Ravens to buck with what they have at their avail. It’s a point-scoring equation in the end, and in one corner is the high-powered Cincy offense and in the other is a unit with minimal standout talent other than the possibility that their starting QB returns.

I sense that with a few breaks going their way, the Baltimore defense can keep the Bengals from going too wild on offense. Even last week, when they scored 27, it was easy to see how the Baltimore “D” could have done better with a little improved fortune. If forced to guess, I’d guess Lamar is back in there, and it’s something that bears watching this week. If so, I think the combination of a multi-pronged running game and some improved connections to Mark Andrews could have the Ravens in the hunt and able to cover the number in Cincinnati. I’ll take the Ravens.

Loot’s Prediction to Cover the Point Spread: I’m betting on the Baltimore Ravens plus 6.5 points.