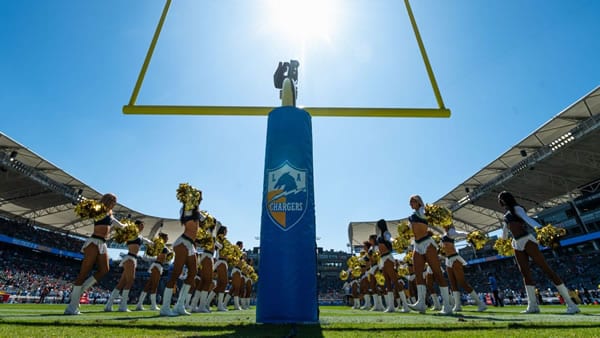 The New York Jets come to Sofi Stadium on Sunday to take on the Los Angeles Chargers in AFC action in week 11. The Jets are looking to get their first win of the season, where they’re hoping a bye week afforded them a chance to find some answers. In their last game before the bye, they should have beaten the Patriots. They had the lead, and it looked like a sure thing, but as is their won’t, they found a way to lose, as the Pats nipped them at the wire, 30-27. Meanwhile, the Chargers are licking their wounds after yet another loss, falling to Miami on Sunday, 29-21. They now return home where they look to snap a three-game losing streak.

Jets as Bad as They Look?

It depends how you look at it, but it’s becoming harder and harder to candy-coat the situation, winless through nine games with a lame-duck coach and a roster devoid of talent that can compete at this level. And even with the book sometimes going out of their way to entice action on the Jets, they’ve covered a mere two spreads heading into week 11. And watching them give away what looked to be their first win of the season a few Mondays ago was confirmation that this isn’t just a bad team—it’s a completely dysfunctional mess where extracting any success out of this season looks to be a major challenge.

But if one wanted to be an optimist, I suppose there are a few sources of hope. Despite being a miserable choice at the betting windows this season, their only two covers of the season occurred in the last three weeks—divisional losses to the Bills and Pats that were a little closer than forecasted. They won’t be getting Sam Darnold back, who is still sitting out with a shoulder injury. That leaves the veteran Joe Flacco, who still has a little life left in his legs. Maybe between Gase giving up the offensive play-calling duties and a little more life in their legs, the last few weeks can resonate in this spot.

Issues for the Bolts in This Game

The Chargers seem to thrive better in roles where not a lot is expected. That has seemingly been the case for years, but especially now with all the injuries, a rookie quarterback, and a case of late-game follies that has reared its head time and again this season. Against the winless Jets, the Chargers become the supposed alphas, and that’s just not the best role for them. Lately, when you’re almost certain that the late-game action will not break their way, it’s just hard to back them in this role.

The Chargers play down to the level of their opposition, not a valued trait when you’re asking a team where sustaining success is elusive to cover a number. The Chargers are the type of team that will push a Super Bowl champ to their absolute limit, only to lose outright at home to a bad team the next week. With all the conditions they’re fighting through, the Chargers simply aren’t built to put separation on opponents, even ones who appear on the surface to be flat on their backs. Sure, the Chargers are still 5-4 against the spread, but what we’ve seen lately is a team not living up to what is being forecasted. And that doesn’t mean they can’t blow up in a given week, and what better spot than here? But it’s striking how often times seem to line up for a big day for the Bolts, and it just doesn’t work out.

The Problem With the Chargers

At root, it’s just panning out, as a 2-7 record would attest. In fact, they do have a lot of believable excuses, namely injuries that have really taken a lot of wind out of their sails, affecting all areas of the team. Their defense has lost most of its bite. Most of their playmaking is gone, and they aren’t making much of an impact. On offense, their line and their run-game have been compromised. They deal with never-ending injuries at the skill positions. They lack continuity. On top of that, if there is a way for them to undermine their own success, they’ll usually find a way to bring it to fruition. Late in a game, with the result or point spread lying in the balance, they are wholly undependable.

Making it even worse is that they can’t even take advantage of what they do well. They still have some pass-rushing menace even with all the personnel losses, and it rarely manifests. They have talented receivers with a good tight end and a rookie QB who has shown an ability to air it out. But they still are trying to run the ball with reserve backs who aren’t getting it done while being strangely conservative in spots with the passing game. This season and especially lately, they are getting very little out of what they have. It’s just odd that at this point in the season, where Justin Herbert should be getting more comfortable, the offense is taking a step backward.

I’m not sure there is a ton separating these two teams as what would appear on the surface. The Jets were supposed to be terrible, and they are. Their coach is hanging by a thread and has been roundly derided. But is that any worse than being a team many felt could contend that hasn’t seen anything work out this season? I think the blues are beginning to set in for the Chargers, who land in this spot with a thud. If the Chargers were ever to look good, this would seem like a good spot at home, but hoping for a best-case scenario for the Chargers hasn’t been paying off much lately. I’ll take the Jets.

Loot’s Prediction to Cover the Point Spread: I’m betting on the New York Jets plus 9 points. Bet this game and ALL your Week 11 NFL picks at -105 instead of -110! Making the switch to reduced juice will save you thousands of dollars over the long haul! Find this sweet offer at BetAnySports!