An Early Look at Betting on Super Bowl LVI (56) 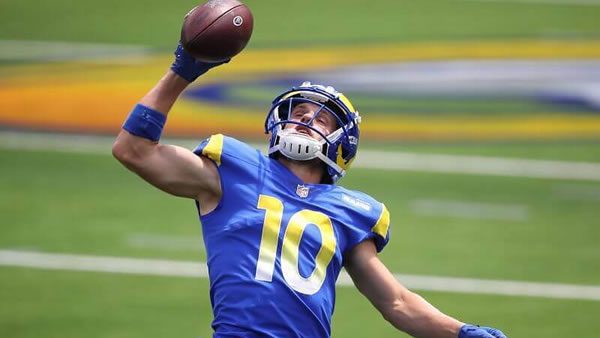 The 2022 NFL postseason has arguably been the best in NFL history. Don’t expect this trend to continue, as this game could end up a very one-sided affair.

Statistically speaking, the Bengals and Rams are very similar. Both averaged around 27/ppg with defenses that allowed around 21/ppg. Both rushed for around 100 yards/gm, and both had a hair under eight passing yards per attempt during the 2021/2022 season. However, at this point in the season, these two teams have glaring differences that could make SB LVI a one-sided affair from both a final score and point spread margin.

Line play! The Rams have a huge advantage in the run game as well as their defensive line vs. the Bengals offensive line. Per ProFootballFocus (and the eye test, as I’ve watched every game this season), the Rams should have a huge advantage running the ball vs. the Bengals, despite Akers/Michel/Henderson (if he plays) being pedestrian backs. Conversely, the Bengals are projected to have a hugely negative pass blocking experience, which makes sense because their offensive line is weak, as evidenced by the Titans getting to Burrow NINE times in the AFC Divisional Round game! The Bengals OL allowed eight tackles for loss, and 13 quarterback hits on Joe Burrow! The Rams have better players; however, Tennessee brings the pass rush a bit more often, so we may not see anywhere close to the nine sacks the Titans put on them. Then again, McVay is no dummy. He’d be crazy not to at least blitz early on to see how the strategy fares.

Check out these offensive line rankings per ProFootballFocus. They’re offensive!

Bengals Center Trey Hopkins is ranked 35th out of 39. RG Jackson Carman is ranked 67th of 82. RT Isaiah Prince is ranked 77 of 82. RG Hakeem Adeniji is ranked 81st out of 82. Talk about a house of cards! With bruisers such as Aaron Donald (12.5 sacks), Von Miller (9.5 sacks), and Leonard Floyd (9.5 sacks), the Bengals are seriously overmatched here. It should be noted that the right side of the line is extremely weak, putting a Von Miller Super Bowl MVP prop bet in play. This wager can be found at MyBookie Sportsbook at 35/1 odds. (If you use bonus code PREDICT100 when you sign up and deposit, they’ll give you a 100% bonus up to $300!)

Being a football guy, I get asked quite often for my opinion on who I think will win the Super Bowl. My answer is always the same: “Whichever team is healthy and playing well.” The Rams and Matthew Stafford check both boxes. They’re peaking, and they’ve got great matchups to boot. One that I haven’t discussed yet is my belief that they’ll throw to whichever receiver is being covered by WEAK cornerback Eli Apple. With a 61 PFF rating, Apple will have an absolute bullseye on his back. He won’t be able to hide either, as he’s on the field for almost 100% of the snaps. Rams WR Cooper Kupp is one of the best route runners you’ll ever see. I expect the Rams to move Kupp around in a targeted effort to burn the defensive back who struggles to stay with pedestrian pass catchers.

Lastly, I also think the Rams hold a major advantage at Tight End. I’m aware that Tyler Higbee went down with an injury in the NFC Championship. Higbee is questionable at this point with a knee injury, but I’ve been very impressed with his backup Kendall Blanton, who stands 6’6″ and looked good in relief of his injured counterpart. My only concern here is that he’s lacked first-team reps this season.  That inexperience could result in a fumble or bad route resulting in a turnover. I’m not overly worried about it in this case though, as Stafford usually throws conservative passes to his tight ends and/or goes underneath/over the middle on short routes. Plus, Bengals LB Logan Wilson grades out very low in coverage. Blanton has looked every bit as good as Higbee as of late!

When you observe the big picture, the Bengals have struggled to score on the road as of late. I know, I know, you’re thinking “but they scored 27 at KC last week!” You’re correct! They did. However, it was an anomaly! They were down 21-3 before Patrick Mahomes self-destructed and beat himself. Keep in mind he threw an interception to a defensive lineman in his own territory (on the 30-yard line), setting the Bengals up for an easy TD. You could watch NFL games all season and only see that happen a few times. You could also consider the 41-yard TD pass to RB Samaje Perine an anomaly as well. Other than those two oddball occurrences, there were four Evan McPherson field goals. The Bengals didn’t beat the Chiefs; KC beat themselves!

Rolling back a week previous at Tennessee, Cincy had four more McPherson field goals along with a legit Joe Mixon touchdown run. Joe Burrow was roasted by the Titans pass rush and ended the game with a 28.2 QB rating! You better believe Sean McVay has watched that game film 100 times and is going to mimic the Titans’ success.

We’ll give them a pass at Cleveland in Week 18 as Brandon Allen started and they rested regulars. However, they did only score 16. But wait! There’s more! On Sunday, December 19th, they only scored 15 points at Denver.

In summary, the Bengals have scored 27, 19, 16, and 15 in their last four road games. This is far from the offensive juggernaut that the general betting public is viewing them as.

For the second time in a row, a Super Bowl participant will be playing on their home field. This is only the second time in history that this has happened, with the other being last year’s Buccaneers drubbing of the KC Chiefs. I’m not a huge proponent of home-field advantage, especially in the NFL,  however, it doesn’t hurt that Ram’s players will be sleeping in their own beds for weeks leading up to the Big Game. The team was 7-3 straight up at SoFi this season, but only 5-5 against the spread. I don’t put much weight into that though, because Cincinnati’s weak right side of their offensive line gives the Rams such an overwhelming advantage that we can throw historicals out the window. It was snowing at my house last week. It’s sunny today. The past isn’t always indicative of the future.

How the Public is Betting Super Bowl 56

On February 2nd, Westgate Superbook Vice President Jay Kornegay posted on Twitter that ticket counts had 71% betting on Cincinnati, with only 29% of the tickets coming in on the Rams.

Kornegay also reported that 77% of the tickets were being bet on the UNDER 48.5 points, with 23% siding with the OVER.

Lastly, he noted that 76% of the money line tickets were backing the Bengals with only 24% laying the -190 juice with Los Angeles.

I think the Rams win handily. Other sharp bettors do as well. This is evidenced by most of the betting tickets coming in on the Bengals, yet the point spread has moved up a full point in the Rams direction!

Recency bias is HUGE with NFL bettors, and they’ve seen Burrow pull horseshoes out of his keester to make it to the Super Bowl. Therefore, he’s become a media darling and many are getting duped into believing the Bengals will handle the Rams when truth-be-told, the Rams hold advantages with some of the most important variables when it comes to winning an NFL playoff game. Generally speaking, the team that can control the run game and play better defense wins Super Bowls. The Rams are head and shoulders above the Bengals.

Note: I’ve been asked multiple times where a guy can find online Super Bowl squares from a legit/trustworthy source. My recommendation is MyBookie Sportsbook. You can find them for as little as $3.10 and as much as $550 per square! We have a deal with them where if you use bonus code PREDICT100 when you register, they’ll double your deposit up to $300!