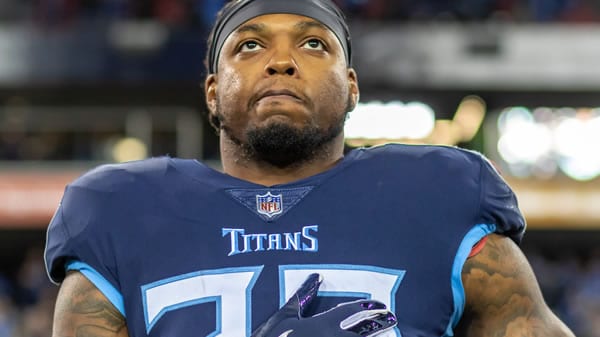 Monday Night Football wraps up NFL week 6 in Music City as the red hot Buffalo Bills visit the Tennessee Titans. This game will be entertaining with a lot of offense, prompting Betanysports.eu to set the game total at 54 while making Buffalo 6 point road favorites. Let’s play the home dogs and the over on MNF. Here is the handicap.

The Titan offense is the most predictable offense in the NFL but one of the most difficult to stop. Henry is going to run the ball 25 plus times per game, this year catch 3 or 4 balls per game, and Ryan Tannehill is going to sprinkle in some play-action passes, hoping for a big gainer. After the entire team laid an egg in week 1, Henry has been unstoppable. He has scored seven touchdowns while averaging just under 150 yards per game. Defenses may start the game willing to challenge Henry, but as the game goes on, the defenses lose interest in getting in Henry’s path. Henry is one of the few running backs in 2021 that can put his team on his back, and he does it every week. Tannehill and the play-action have not been as successful this year as the past couple. Tannehill has only completed 63% of his passes for 7.2 yards per attempt. Star wideout A.J. Brown has missed time and played hurt, while newcomer Julio Jones has missed the last two contests. Brown should be 100% for this one, and Julio has an excellent chance to be back on the field. Having both of their receivers healthy with Henry running over people would make for a very difficult offense to stop. Look for the Titans’ offense to stay hot this week.
It’s hard to know what to make of the Bill defense. They rank at or near the top of the league in every defensive category but prior to last week’s battle with the Chiefs have played a very soft schedule. KC only managed 20 points despite a good amount of garbage time, which is a solid defensive effort, but KC has looked out of sync the last three weeks. The Buffalo D has held opponents to 3.7 yards per carry so far this year, but it’s hard to see them doing that for 60 minutes against Henry.

Buffalo’s Offense Is On Fire

The Titan defense will have their hands full with the Bills offense that has been averaging 39 points per game since their Week 1 loss in Pittsburgh. Josh Allen has thrown for 12 touchdowns and ran for two more. Stefon Diggs, Emmanuel Sanders, and tight end Dawson Knox are on the receiving end of most of Allen’s tosses and will challenge a Titan secondary that is 28th in the league yielding 8.4 yards per pass attempt. Allen has only been sacked five times this season, and the Titans have only recorded ten sacks, so look for Allen to have some time. Buffalo has also expanded their attack and is a little more willing to run the ball this year. They are averaging 4.5 yards per carry which is exactly what the Titans are giving up. Buffalo will move the ball, but the key will be if they can score touchdowns. The only kink in the Bills’ armor is their red-zone performance. They are 24th in the league, scoring touchdowns on only 58% of their trips to the red zone.

BE SURE TO CHECK OUT OUR WEEK 8 COLLEGE FOOTBALL PICKS!

We should give Buffalo the benefit of the doubt that they are an elite offense, but they haven’t been challenged since only scoring 16 points against the stout Steeler D in week 1. Since then, they have played the bottom three defenses in the league – Washington, Kansas City and Miami, and Houston, who is 27th. Of course, the Titans D is only 24th, so they are not intimidating their opponents. Allen has not been as sharp this year as he was last year, so if the Titans can keep the game close, we’ll see how Allen plays with the game on the line.

Buffalo Is Due for a Let Down

The Bills have won against the spread the last four weeks, and the tax on them is getting rich. This look-ahead line was 3½ or 4, but after the Bills took down the Chiefs and it now sits at six and could go higher. The line implies that if this game was in Buffalo, the Bills would be favored by double digits. Tennessee is in first place in their division, and it’s hard to believe the Bills are that much better than the Titans. The Titans’ offense is hard to play against, and Buffalo’s best linebacker Matt Milano is nursing a hamstring injury and may miss his second consecutive game. Tennessee has proven they can run the ball on anybody, so they should have success this week against the Bills. There are going to be a lot of points scored, and even if the Bills get ahead, the Titans should be able to get in the back door and cover the big spread.

Play the Home Dogs and the Over

I like Tennessee to cover the 6 point spread and cash tickets for their backers. I also think there are a lot of points scored on Monday Night, so let’s sprinkle a little on the Over. Rough weekend? Instead of re-depositing at your bookie and getting NOTHING, consider boosting your bankroll with a fat 100% REAL CASH bonus on your first deposit of $100 to $300 at MyBookie Sportsbook! Simply use bonus code PREDICT100 on their registration page and they’ll match your first deposit dollar for dollar!