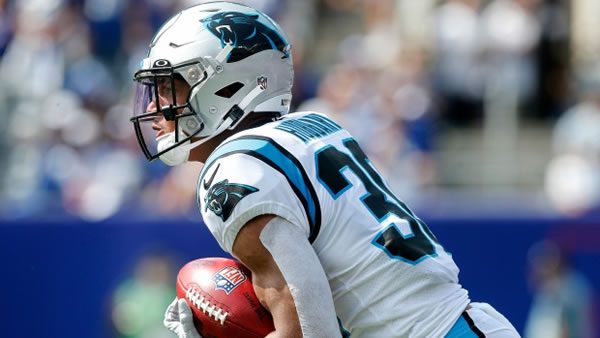 After a two-game losing skid, the Seattle Seahawks bounced back with a 27-23 victory over the Los Angeles Rams in week 13. The victory moved the Seahawks to 7-5 SU on the season and essentially put the organization back in control of their playoff destiny. While the Seahawks are currently on the outside of the playoff picture if the season ended today, Seattle has some advantageous match-ups over the remainder of the season, starting with this week’s home stand against the Carolina Panthers at Lumen Field. As a result, Seattle will look to strengthen their playoff chances when they host the Panthers as mere 4-point favorites on Sunday.

The visiting Panthers are technically still alive in the NFC South despite a mere 4-8 SU record on the season. However, I think everyone would agree that their chances of making a run at the division crown are slim based on their performance throughout the season. With that said, the Panthers will enter this Sunday’s road trip against Seattle fresh off a week 13 bye. More importantly, since the firing of former Head Coach Matt Rhule earlier this year, the Panthers have played surprisingly well under interim coach Steve Wilks. In fact, the Panthers are 5-1 ATS in the last six games under Wilks and have established an identity on the offensive side of the football for the first time in ages.

The Panthers’ “identity” has been based around a strong rushing attack led by D’Onta Foreman and Chubba Hubbard since the departure of former standout Christian McCaffrey. Foreman has rushed for 100 yards in 4 of the last six games and will get a juicy match-up this Sunday against the 24th-ranked (DVOA) defense against the run, which has allowed 155 yards per game. Needless to say, Carolina should find some success on the ground and can hopefully take some pressure off QB Sam Darnold.

Darnold got his 1st start of the season, following a sprained ankle in the preseason, in the victory over Denver in week 12. While Darnold’s performance was solid in the win, I don’t think anyone would claim that any of the Panthers’ quarterbacks are reliable. However, coach Wilks has done a good job of putting the focus back on the playmakers on offense, specifically with WR DJ Moore in the passing game. Moore and WR Terrace Marshall have become bigger factors in recent weeks, and Carolina will likely need all of their resources to match the Seattle scoring on Sunday.

For Seattle, their biggest struggles this season has been injuries and the play of the defense. The defense has given up 25 points per game this season, and that is troublesome for any match-up. Additionally, RB Kenneth Walker went down with an ankle injury last week, which has his status in jeopardy this weekend. Walker took over the starting job after starting RB Rashaad Penny was lost for the season with a knee injury. If Walker is unable to go, it will definitely be a blow for the offense. However, QB Geno Smith continues to play at a high level, to the surprise of many. Smith has completed 72% of his passes this season, totaling 3,169 yards with 22 touchdowns and six picks. In another favorable match-up with injury concerns in the backfield, I’m expecting a high volume output from Smith, which means receivers D.K Metcalf and Tyler Lockett should be targeted frequently in plus side match-ups. Don’t be surprised if this turns into a big offensive outing for the Seattle passing attack.

The Seahawks have been an “over” machine in recent weeks, surpassing the total in 7 of the last ten games. With the Seattle backfield in shambles with injuries, I think we can expect a bigger passing attack this week, which usually equates to more possessions from both offenses. If Carolina has the amount of success on the ground, I believe they will get; I think this Over could get blown out of the water!