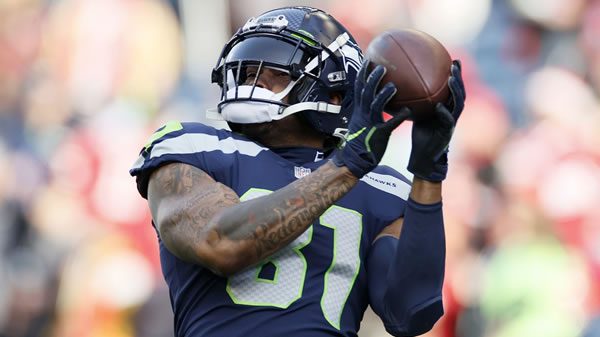 Two teams headed in the wrong direction as this regular season nears its end meet when the Seahawks hosts the Bears Sunday afternoon in Seattle. The Seahawks look like they’re nearing the end of the Carroll-Wilson era, while Chicago is probably at the end of the Nagy regime. But one of these teams still harbors postseason hopes, albeit very slim ones, while the other is down to playing out the string.

The Week 16 NFL betting odds opened Seattle as a 6.5-point home favorite for this game, with an over/under of right around 43.5. Both those figures were holding pretty steady in the early betting action.

Chicago is a dismal 1-8 both SU and ATS over its last nine games after losing at home to rival Minnesota Monday night 17-9. The Bears gave up the first 10 points of the game, trailed 10-3 at the half, then gave up the first seven points of the second half, and never got back to within one score until the last play of the game, with no time left for even an extra-point attempt.

Chicago also came up empty against the spread as a seven-point home dog.

The Bears actually out-gained Minnesota 370-193, as the Chicago defense, playing shorthanded, actually did a pretty good job. But the Bears also turned the ball over three times, twice in Vikings territory, had a field goal blocked, committed several soul-crunching penalties, and got stopped on downs three times on the Minnesota side of the field.

Following a performance like that, we’re wondering how the hell Coach Nagy still has his job.

Chicago has actually out-gained five of its last six opponents; however, it’s also posted a ridiculous -16 turnover ratio over its last nine games. And that’s how you go from 3-2 to 4-10.

The Bears are now playing their last three games of this season for pride, or whatever.

Seattle, meanwhile, just had a mini two-game winning run snapped by a 20-10 loss to the Rams in LA Tuesday night. The Seahawks, also playing shorthanded, actually led that game 10-3 well into the third quarter but gave up the last 17 points of the game to lose both SU and ATS as 7.5-point dogs.

So the Seahawks have now out-gained just one of their last 13 opponents!

At 5-9 overall, the Seahawks are actually still alive in the NFC playoff picture, two games and five other teams behind the 7-7 Vikings in the battle for the No. 7 spot. But it will take a minor miracle for Seattle to make the postseason.

These teams last met three seasons ago, a 24-17 Chicago home victory. Mitch Trubisky, whom the Bears should have held on to, quarterbacked Chicago that day against Wilson for the Seahawks.

Both these teams are banged-up - heck, the whole League is banged-up at this point - and both starting quarterbacks are listed as questionable with ankle injuries. We expect both Wilson and Fields to play Sunday, but bettors might be wise to consult later injury updates before getting down on this game.

The Under is 9-5 in Bears games this season, which are averaging 42 total points.

The Under is 11-3 in Seahawks games this season, which are averaging 40 points.

Seattle, at least, still has something to play for, and it still has Russell Wilson. Chicago, on the other hand, is 1-8 over the last nine games, and the only victory during that span came on the last play of the game against the lowly Lions. We’re betting the Seahawks here, minus the points. Note: Be sure to check out our Georgia Bulldogs vs. Michigan Wolverines pick!