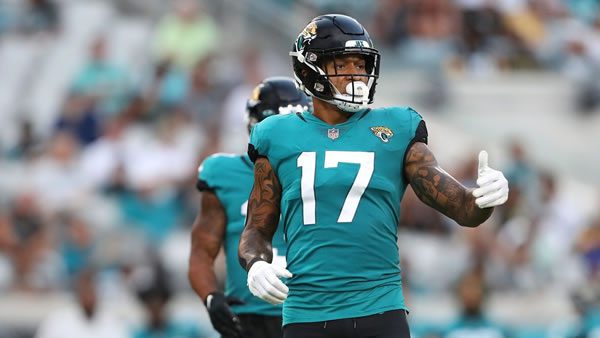 The Dallas Cowboys nearly suffered the biggest upset loss of the season last week against the worst team in the NFL. In fact, the Cowboys deserved to lose the game following QB Dak Prescott’s 2nd interception in the closing minutes. Instead, the Cowboys’ defense made a clutch stand, and the Cowboys’ offense rallied to score a game-winning touchdown to beat the Houston Texans 27-23. The victory pushed the Cowboys’ winning streak to four straight games despite the fact they entered the contest as 17-point favorites. This Sunday, the Cowboys will take a road trip to face the Jacksonville Jaguars in an intriguing week 15 showdown at TIAA Bank Field.

The Jaguars have been hit or miss in recent weeks. After an impressive win over Baltimore in week 12, the Jaguars were embarrassed by Detroit in a blowout loss in week 13 and then responded with a dominating victory over the Titans last week in a 36-22 victory. In last week’s victory, QB Trevor Lawrence had another big performance to prove the Jaguars’ former 1st round pick is turning into the player the franchise had hoped for. Lawrence connected on 30 of 42 passing for 368 yards with three touchdowns to lead Jacksonville in a somewhat surprising blowout over the Titans. If Lawrence can stay hot, the Jaguars can arguably beat any team in the league, and that is why the Jags are just mere 4.5-point underdogs against one of the best teams in the NFL.

While the Cowboys nearly got upset against the worst team in the NFL last week, we must respect their body of work this season. The running game behind running backs Tony Pollard and Ezekiel Elliott has been phenomenal. The Cowboys’ defense has been tremendous all year and currently ranks 3rd in the NFL, allowing just 17.4 points per game. Needless to say, the Cowboys have some tremendous problems to present Jacksonville on both sides of the football. The match-up that I believe holds the biggest impact towards determining the outcome is determining how the Jaguars’ defense will hold up against the duo of Pollard and Elliott.

If anyone has paid attention to QB Dak Prescott in recent weeks, then you should notice that Prescott has been making a lot of mistakes and has not looked very sharp. As a result, the Cowboys have to run the ball well to control the tempo of this game and likely every game for the remainder of the season. This week the Cowboys will get a Jacksonville run defense that allowed RB Derrick Henry to rack up 121 yards on 17 carries just a week ago. Statistically, the Jaguars give up 115 yards per game on the ground, which is about average in the NFL. However, if you really dive into the match-ups against physical rushing attacks, the narrative looks way worse. For those reasons, I think the Cowboys are going to be able to rely on their ground attack in this one with confidence. The question will be whether we get the Cowboys defense that we saw against Houston or the one we have seen for the majority of the season.

Each time I have missed on the Cowboys this year, they have followed up with a cover the next week. I believe the match-up favors the Cowboys’ rushing attack, and we are getting a generous betting number due to the Jaguars’ performance last week. As a result, I’m doubling down on the Cowboys!