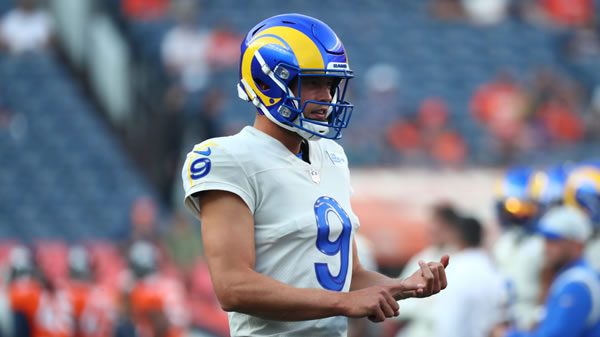 The Cooper Rush mania in Dallas is thriving for yet another week. After losing star QB Dak Prescott in the season-opening loss to Tampa Bay, backup QB Cooper Rush moved to 3-0 as a starter with a 25-10 victory over the Washington Commanders last Sunday. With praise building around the Cowboys’ new favorite backup quarterback and others even speculating if he should be the permanent starter, Rush will get one of the biggest challenges of his young career when Dallas travels to SoFi Stadium on Sunday for a showdown with the Los Angeles Rams.

The Rams are coming off an embarrassing 24-9 defeat at the hands of San Francisco on the Monday Night Football stage. As a result, the reigning Super Bowl Champions fell to 2-2 SU (1-3 ATS) on the season in a surprisingly slow start to the 2022 campaign. Without question, the Rams’ offense is not performing at the high level that fans witnessed a year ago. QB Matt Stafford has underwhelmed, and the Rams have been absolutely horrible running the football, averaging just 68.5 yards (3rd worst in NFL) per game. Therefore this Sunday’s showdown against the visiting Cowboys will be an important test for the Rams getting back on track as one of the top teams in the NFC.

Look, I think everyone loves a good underdog story at the individual level, including myself. However, I’m not necessarily sold on the fact that QB Cooper Rush is an outstanding quarterback. The one thing Rush does extremely well is avoid bad passing decisions, which limits mistakes. However, Rush has only been strong because the Dallas run game/defense has been excellent, and Rush has been in a few obvious passing situations. I don’t think that narrative will be assumable this weekend because the Rams are stout against the run (allowing just 92 yards per game), and the Rams have enough weapons to move the football, especially with some home-crowd momentum. Therefore, Rush is likely to be put in more difficult situations this week, and I’m guessing that will lead to lesser results.

I’m not sure if I have ever mentioned betting line movement in any of my handicapping breakdowns because it’s usually not an indicator that I let influence many decisions. However, the Cowboys typically produce some of the biggest betting action in sports. Therefore, when I see a betting line where Dallas is being given 4 points and that line pushes as high as six at some sportsbooks despite garnering 65% of the public betting action, I have to ask the question: why are the odds-makers begging for more action on Dallas? My guess would be that the odds-makers see the same match-up disadvantages that I see in this game.

I think there are too many match-up advantages for Dallas to avoid in this one. I hope I’m wrong for the sake of Cooper Rush mania continuing however I think this is a prime spot for the Rams to have a convincing victory!

Jay’s Pick: Take the Rams -5.5. Bet your Week Five NFL picks for FREE by taking advantage of a 100% real cash bonus up to $300 when you use bonus promo code PREDICT100 at MyBookie Sportsbook!