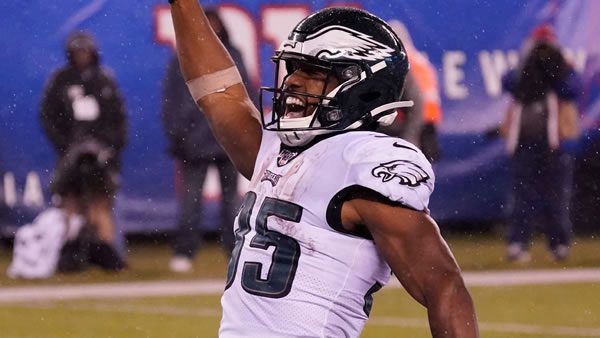 Point Spread:DAL -7/PHI +7 (BetOnline –  One of the oldest and most trusted! Bitcoin payouts in less than an hour! Often times less than 30 minutes!)

The Dallas Cowboys fooled everyone once again. After one of the most dominant performances of the season in a 56-14 blowout against Washington, the Cowboys suffered a 25-22 home loss to the Arizona Cardinals as 6.5 point favorites in week 17. Dallas previously held the #2 seed in the NFC playoff bracket, but the loss to Arizona crippled their chances for a 1st-round bye. Dallas currently occupies the #4 seed and would need losses from both the Buccaneers and Rams to regain their 1st-round bye opportunity. On Saturday, the Cowboys will travel to Lincoln Financial Field, as 7 point favorites, for a season finale against the Philadelphia Eagles.

With last week’s 20-16 victory over Washington, the Eagles secured an NFC Wildcard berth. Despite a 2-5 SU start earlier this year, the Eagles have caught fire with four straight wins and victories in six of the last seven games outright. Many experts will point to Philadelphia’s schedule as the catalyst towards the late-season resurgence, which features victories over Giants (twice), WFT (twice), Jets, Broncos, and Saints over the last two months. However, I would defend the Eagles hot streak to a certain degree because they are playing much better on both sides of the football. Back in week 3, Philadelphia suffered their biggest defeat of the season in a 41-21 loss to the Cowboys at AT&T Stadium, so this week’s rematch at Lincoln Financial Field should be a good measuring stick towards how much ground the Eagles have made since the beginning of the season.

Despite last week’s seemingly surprising loss to the Cardinals, I was backing Arizona with confidence after an inflated Cowboys’ spread due to the outcome of the Washington game in week 16. In reality, Dallas has not performed well on the offensive side of the football in months, and one game against a poor Washington team should not change that narrative. Last week, WR Michael Gallup was also lost for the season with an ACL injury which will add to the growing concern on offense. Granted, Dallas is still loaded with talent at the skill positions in the likes of WR CeeDee Lamb, Amari Cooper, and a backfield which includes a healthy Ezekiel Elliott and Tony Pollard.

With that said, Dallas still has not shown the momentum nor confidence that bettors witnessed earlier in the year when the offense appeared to be firing on all cylinders. Defensively, Philadelphia has held opponents to 18 points or less in their last five games. Despite the schedule narratives, Philadelphia is a top 10 defense against the pass and against the run. Stylistically, Philadelphia is stronger against the run, and that could spell trouble for QB Dak Prescott who has not played well in recent weeks.

The implied total for this season’s finale against the Cowboys and Eagles is listed at just 42.5 points which seems to validate the offensive concerns that I have for both teams in this game. While the Eagles are playing better, the Cowboys defense still presents their toughest challenge in months. QB Jalen Hurts is still far from a polished quarterback and expect WR Devonta Smith to draw a heavy dose of CB Trevon Diggs in the match-up department. Hurts will have his moments, and I believe TE Dallas Goedert could provide some match-up problems for the Cowboys in the middle of the field. However, I am not convinced it will be enough to keep the winning streak intact.

Jay’s Pick: I really like the defensive match-ups in this game and would not be surprised to see a few starters pulled late in the game is already decided. I like the under 42.5 as a solid pick! Bet your Cowboys vs. Eagles prediction and ALL your Week 18 NFL picks for FREE by taking advantage of a 100% REAL CASH bonus on your first deposit up to $1000 at Betnow Sportsbook! It’s the absolute best bonus offer on the web!