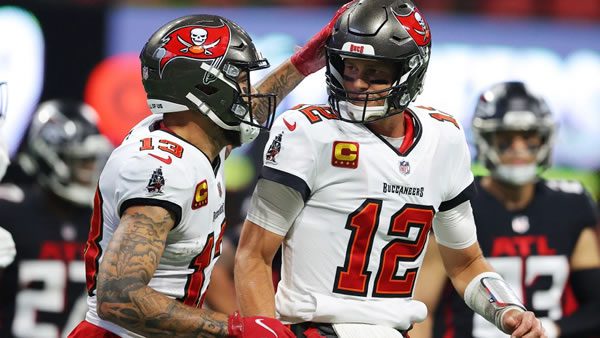 Arguably, the most intriguing match-up of the entire Wild Card playoff slate will take place Monday night when the Tampa Bay Buccaneers host the Dallas Cowboys at Raymond James Stadium. As many are aware, the Buccaneers struggled throughout the season and were even 3-5 SU at the halfway point of the season. Luckily for Tampa Bay, the entire NFC South was a pile of garbage, and the Buccaneers’ 8-9 SU record was good enough to take down the division and earn the #4 seed in the playoffs. Despite showing signs of age for the first time ever, QB Tom Brady and the Buccaneers’ offense will get the opportunity to make another postseason run against a franchise that Brady is 7-0 SU against during his unprecedented career.

The visiting Cowboys have carried the banner as one of the prolific powerhouses in the NFC throughout the season. Dallas overcame early season struggles following a 19-3 loss to Tampa Bay in the opener during a game where QB Dak Prescott went down with a hand injury. Surprisingly, the Cowboys went 4-1 SU in Prescott’s absence and continued to play well during his return. In totality, Dallas went 12-5 SU on the season, never lost back-to-back games, averaged 27.5 points per game (4th in NFL), and compiled impressive wins over Minnesota and Philadelphia during the 2nd half of the season. Despite those accomplishments, the Cowboys have shown slight signs of regression in recent weeks, highlighted by some ugly performances, which was seen last week in an embarrassing 26-6 loss to Washington, in a game where Dallas was potentially fighting for a #1 seed and NFC East crown. As a result, many are wondering what type of Cowboys team we will see on Monday night against Tampa Bay?

Though the season opener was ages ago and likely had absolutely no bearing on this week’s playoff showdown, I do think it is worth mentioning that the Buccaneers held Dallas to just 71 yards rushing in that 19-3 defeat back in week 1. The 71 yards rushing was the lowest of the season for the Cowboys’ offense until last week’s loss to Washington, in which Dallas gained just 64 yards as a team on the ground. Simply put, the Cowboys’ offense lives and breathes through the success of their running game. I would argue that the offense’s success has been a product of the continued emergence of running back Tony Pollard, who has complemented Ezekiel Elliott for the best 1-2 punch in football. The running game alone has taken pressure off of QB Dak Prescott who continues to disappoint despite what some statistics may indicate.

Needless to say, I think the Cowboys’ chances to win this Monday solely rely on their ability to run the football. Unfortunately, Tampa Bay has a really stout run defense. Statistically, the Bucs are about middle of the road against the run allowing 120 yards per game. However, I would argue that this defense has been obliterated with injuries throughout the year and has also suffered from an offense that has surprisingly struggled as well. If the Bucs’ offense struggles, there could be some concern that the Dallas offensive line would wear down Tampa. However, the Bucs are not exactly at a disadvantage purely from a match-up perspective now that they are much healthier on the defensive side of the football.

With those things in mind, QB Tom Brady and the Buccaneers will still need to find ways to manufacture scoring opportunities even with a good defensive effort. The Bucs’ offense has been slowed by their own failure to run the football. As a result, I expect the Bucs will keep this game on the arm of Brady, who will be looking for WR Mike Evans and WR Chris Godwin to make plays against a talented Dallas secondary that is allowing just 200 yards per game through the air. Needless to say, the match-up will not be easy especially with the Cowboys pass rush. However, most of Brady’s career against the Cowboys have involved low-scoring affairs, and I think that will likely be the case again this Monday!

Strictly from a match-up perspective and watching QB Dak Prescott throughout the season, I think this is a battle that will favor Tampa Bay, especially if the Cowboys’ turnover issues continue. With that said, I think the “under” may be the better play on the board. Both defenses should have the upper-hand, and I strongly expect another defensive-oriented game, just like we saw in the season opener!

Jay”s Pick: Take the under 45.5. Bet your NFL Wildcard predicitons for FREE by scoring a 100% real cash bonus up to $500 by entering bonus promo code PREDICTEM on the Special Offers page AFTER you make your first deposit and before your first bet at the oldest and most trusted bookie on the web —> Everygame Sportsbook!