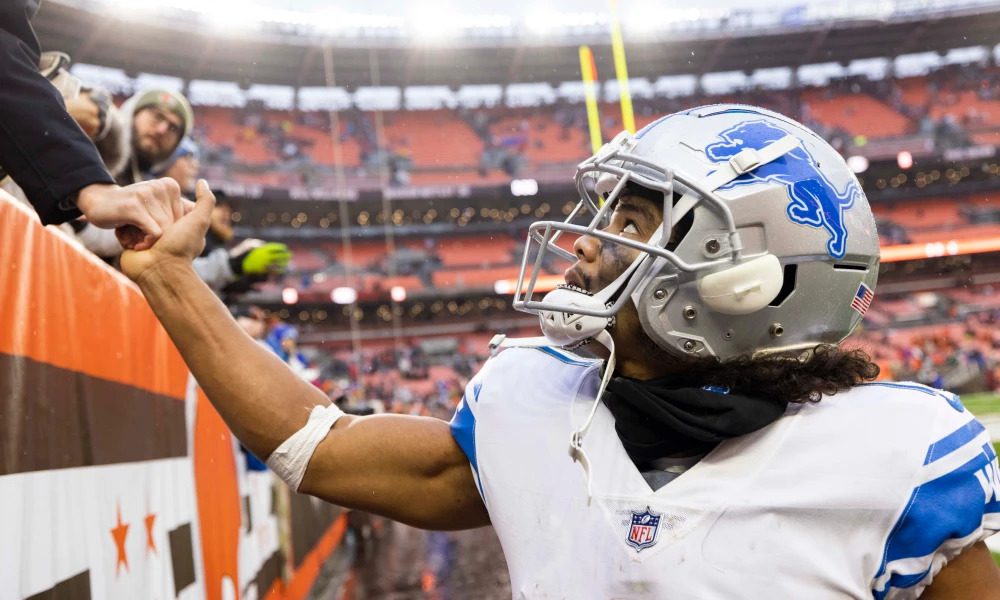 The Detroit Lions come to Charlotte for a week 16 NFC showdown with the Carolina Panthers. The Panthers had a nice chance to join Tampa at the head of a dilapidated NFC South last week, losing to Pittsburgh at home, 24-16. They’re now at home hosting a hot Detroit team that started the season at 1-6 and is looking to scrap their way to a wild card spot at 7-7. On Sunday, they beat the Jets on the road, 20-17. Again on the road this week, they look to keep it going against the Panthers. Who can cash us a winning ticket on Saturday?

With the Panthers starting the season at 2-7 and Detroit at 1-6, you would have received long odds that you’d be talking about anything connected to postseason ramifications in week 16 with either team, never mind both of them. On one hand you have a Carolina team that despite doing well in spots for the past month and change, is really more a beneficiary of a soft division where the Bucs are in first at 6-8 with three 5-9 teams. It’s still an up-for-grabs division and the Panthers have something real to play for—something most 5-9 teams cannot say. Still, they’re a bad team and against Pittsburgh at home last week in a nice spot to climb into a first-place tie, never really threatened to beat a down Steelers team.

For the Lions, this is more of a genuine turnaround that has people thinking completely different things about Detroit. In holding the Jets to 17 points on the road last week, we saw the Detroit “D” continue to play better. Jared Goff is no longer necessarily seen as a placeholder for when they can draft someone better. The offense is really cooking, with a vital aerial game and a ground-game that can do damage. Their weapons are really numerous, with Amon-Ra St. Brown emerging as a star receiver in this offense with a gaggle of other receivers eligible to be productive on a given week. And with this latest success coming against winning teams like the Giants, Jaguars, and Vikings, among others, it gives it a real genuine ring of truth. It was also good after seeing them succeed in a slew of home games in a dome that they could make it work outside in December last week. Doing what they do in Detroit and seeing it transfer to the road hasn’t been easy for the Lions this season, so that was a good sign.

Potential Issues for the Lions this Week

While this would be a weird time to see this big surge peter out, you wonder if the Lions have what it takes to see this through to the end of the season. This week shows Detroit in a role in which they aren’t terribly familiar—the road favorite. They’ve been fighting hard and you wonder if there’s a week coming where they fall a bit flat. Carolina, for all their faults, has sort of been quietly relying on a much improved defense to have them even in this spot. After all, when they canned their head coach and shipped Christian McCaffrey out of town, a tank-job was expected and it hasn’t really come to pass. Their “D” has taken a step back the last two weeks in allowing 24 to both Pittsburgh and Seattle, but in their last handful of games leading up to that they had been really rigid. Against a Detroit offense that hasn’t been nearly as vital on the road as they are at home, could that be a major factor?

Matchup Issues for the Panthers on Saturday

I’m a little surprised that the Panthers haven’t turned QB Sam Darnold loose a little bit. Last week was a little better, with Darnold making at least some decent connections to DJ Moore and Terrace Marshall. With the pass-catching acumen of Chuba Hubbard, along with D’Onta Foreman, they have a couple backs who can do damage. It’s just that a lot of weeks, it’s a total slog. When Foreman isn’t getting the ground game rolling, they’re left with a totally mediocre aerial attack that can really fall flat. A road Detroit defense would appear to offer some hope, but based in part of the perceptions we formed on the Lions “D” we saw earlier in the season. In the last month or two, we’ve seen them generally far less-exploitable and more than capable when taking on the level of offense they will see this week in Charlotte. Granted, we have to account for the home/away variable with the Lions, but I think that would loom larger if their opponent this week was a better team or at least really good in one area.

The way this season has unfolded, it almost seems totally viable that the wheels would fall off for the Lions in a spot where it’s unexpected. And while the Panthers have something to play for and are better than what people envisioned for them in week 16, I don’t know if they’re up to the task of derailing Detroit this week. Offensively, the avenues for success just seem so few for the Panthers, only exacerbated by the Lions playing with so much fire on defense, with a lot of guys coming around late this year. In a way, it almost seems too easy and when that’s the case, it might be a red flag. But I’m going to go with Detroit this week.

Loot’s Prediction to Cover the Point Spread: I’m betting on the Detroit Lions minus 2.5 points. Did you know that you can teaser NFL games up to 19 points? Find this exciting offer at Wagerweb Sportsbook!