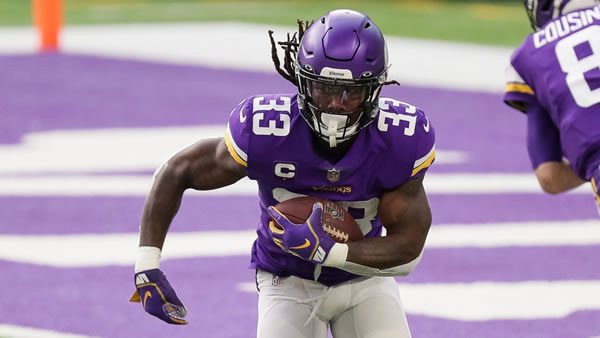 Following an ugly Monday Night Football performance that resulted in a 24-7 loss to the Philadelphia Eagles, the Minnesota Vikings will return home on Sunday for a match-up with the Detroit Lions at U.S Bank Stadium. The Vikings previously knocked off the Packers by a score of 23-7 in the season opener, but Monday’s loss to Philadelphia was a stark contrast in performance. QB Kirk Cousins hit just 27 of 46 passing for 221 yards with one touchdown and three interceptions. Meanwhile, star playmakers WR Justin Jefferson and RB Dalvin Cook were essentially non-factors in an alarming debut road trip for Head Coach Kevin O’Connell.

Meanwhile, the visiting Detroit Lions picked up their first win of the season last week with a 36-27 victory over the Commanders. Once again, the Lions’ offense got big performances from QB Jared Goff and WR Amon-Ra St. Brown. Following last year’s 3-13 SU campaign, the Lions have already started the season off in the right direction with a victory and a close loss to the Eagles, who looked incredible against the Vikings on Monday. Despite those circumstantial factors, the Lions remain relatively heavy underdogs in the eyes of odds-makers. Following a 2-0 start against the spread, the Lions will be getting another 6 points in their road trip to Minnesota on Sunday.

If you have followed the career of QB Kirk Cousins, Monday’s dud on the primetime stage should not come as a shocker. Cousins has historically been awful in primetime games, and perhaps the return to a normal Sunday slate will be beneficial for the Vikings’ veteran quarterback. However, I am more concerned with the match-ups between the Lions’ defense against the rest of the Vikings’ skill players. Eagles CB Darius Slay nearly did the unthinkable on Monday by limiting WR Justin Jefferson to just 48 yards on 12 targets. Detroit CB Amani Oruwariye will likely get the bulk of that challenge this week, and I’m just not confident the Lions’ defense can have the same success at shutting down the Vikings’ main threat.

For Minnesota, there are still some major concerns about how ineffective the run-game has been to start the season. Coach O’Connell was expected to feature a heavier pass-oriented offense this season, but the run-game has been essentially abandoned throughout the opening weeks of the season. I’ve always thought the Vikings and Cousins were better after the run game was established. Therefore, I think the Vikings could be in trouble in the weeks ahead if they don’t get the run game going at some point. Despite those concerns, the Lions have not exactly looked great on defense, so I would not rule out a bounce-back performance here from the Minnesota offense.

For the Lions, I am encouraged by the play of the offense to this point in the season. QB Jared Goff has looked good, and we are seeing the emergence of a star in Amon-Ra St. Brown. Meanwhile, the Lions have a lot of very underrated players at the skill positions, led by RB D’Andre Swift, WR DJ Chalk, and TE TJ Hockenson. To put things into simple terms, the Lions have enough talent to give teams trouble throughout the year, and I think this team is very capable of winning 6+ games. Unfortunately, the defense continues to be the weakness, and what will happen when the Lions’ offense eventually comes back to earth?

I really want to take the Lions and the points in this game; however, the match-up scares me. Instead, I think the better play is the over 53.5. This game is among the highest totals of the week, and for a good reason. The Lions have hit the over in four of the last five games, and the Vikings have hit the over in seven of the last ten games. In a bad match-up for both defenses, I am taking the over as the best play for this contest.