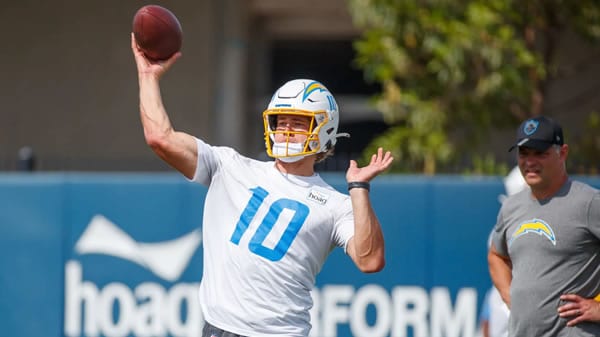 New leadership offers new promise in the face of hard times. Sometimes, a new hire can change the fortunes of a team. Still, it’s as bad a statement you can make on a team when the head coach gets fired. In other words, all these men are stepping into situations where a lot of distance needs to be covered to achieve something meaningful. The teams they are joining may have needed a change in direction, but that doesn’t mean that coaching was the only weak link on the team.

While it doesn’t always pay off, there are enough instances of teams making some pretty quick turnarounds to entertain the possibility that it could happen again. Among current NFL coaches, we’ve seen guys like Sean Payton, Sean McDermott, Mike Vrabel, Bruce Arians, John Harbaugh, Sean McVay, and others almost immediately get sideways teams on the right track. Maybe there are some new coaches among the seven new hires who can do likewise. Let’s break down their chances.

On one hand, you have a guy in Meyer who has won everywhere that he has been. But while some college coaches have succeeded in the pros, most of those men started off in the NFL. Meyer looks to join the few exceptions to the rule. Starting off with the top QB prospect of the last decade helps, as does having some nice young pieces in place. Still, Dexter Lawrence will be working with a line that will need a lot of upgrades before it’s up-to-snuff, in addition to a somewhat bare cast of playmakers. The playmaking and dynamic defense of a few years ago is also gone. Part of you wants to defer to Meyer’s winning history, while another part of you recognizes the cutthroat realities of the NFL, where one’s past glory in college might not amount to much. Still, with Meyer running things and Lawrence having as much potential as he has, it might not be as easy to bet against the Jags as it has been the past few seasons. Bookmakers have installed them as the fourth least likely team to win the Super Bowl at 80-1 odds. You can bet it for free by scoring a 100% signup bonus and then taking that bonus cash and rolling the dice at MyBookie Sportsbook. (Must use bonus code PREDICT100). If you deposit $100, they’ll give you $100 free. If you put that on the Jags to win the Super Bowl, you’d cash in a massive $8,000 win. Not likely, but weirder things have happened!

At 42, Saleh has been one of the more-coveted assistants the last couple of seasons, following a strong 4-year run as the 49ers’ defensive coordinator. Saleh was adept in patching up the many injuries he dealt with, and the few times the bulk of his players were healthy, those Niners’ defenses were the real deal. He steps into his first head coaching gig with a blue-chipper in QB Zach Wilson, as well as some other youngsters who are due to start shining. It’s just that on the Jets, potential doesn’t always manifest into reality. Still, while this looks to be a project that is going to require some time, I think it would be a surprise if Saleh didn’t upgrade this team at some point, probably sooner than later. Some guys are coming back from injury, that O-line is accumulating young studs, and several key acquisitions could throw a new light on things. A lot comes down to Wilson and if he can make it work on an offense with no stars on it. Saleh is a winner. It’ll take some time though. For those looking to roll the dice, he can be found at 100-1 odds to win Super Bowl LVI at MyBookie Sportsbook.

Another youngish hire, Smith is a longtime Tennessee assistant coming off a nice run as offensive coordinator. His work there was excellent, particularly in helping resuscitate Ryan Tannehill, but he will be without Derrick Henry, with an Atlanta offense that is now without Julio Jones and is led by a guy in Matt Ryan who might be on the downside of his career. Still, one could expect Smith to find more from the run-game. First-rounder tight end Kyle Pitts offers a lot of promise, as do other incoming youngsters. But after three straight sub-.500 seasons, their roster doesn’t inspire a lot of promise. Smith’s offensive vision offers promise, but it would appear he needs some time. That line still needs a lot of work, and outside of Calvin Ridley and Pitts (if he works out), there is a lot up in the air as we head into the season. The impact with this hire might not be as immediate as others. It’s tough to fathom the Falcons having a winning record this season, much less winning the Super Bowl. If you have giant balls and cash to blow, you can find the Dirty Birds at 100-1 at Bovada Sportsbook.

The man who earned his reputation whipping that Rams’ defense into shape has the opportunity to do the same with a stocked Chargers’ unit. Health seems to be an outstanding issue, but if guys like Bosa, James, and others can stay healthy, there are some horses with which Staley can work. One might have thought the Bolts would go for a more QB-friendly coach to work alongside second-year rising star Justin Herbert, but having a defense performing at close to its peak would also really give Herbert a boost. If the Chargers stay healthy and Herbert builds on last season, we could see them in the postseason. This team lost too many games last season due to poor coaching. Oddsmakers recognize this and have installed the Bolts as 30-1 to win SB LVI at Bovada.

He seems more like a people-person than a real technical kind of coach, but there’s something about this former NFL tight end that makes one think he could stumble on the right formula. The Lions will be going with Jared Goff at quarterback. He could benefit from an O-line that has drafted well, but getting young offensive talent to deliver consistently has been elusive. And after losing top receiver Kenny Golladay, it’s not easy to identify potential stars on this offense. But maybe sticking a wild-card like Campbell in there can yield something better than what we’ve been seeing lately out of the Motor City. The sportsbooks are expecting him to lay an egg though, as Motor City has the second worst odds to win the Super Bowl at 150-1. (Only Houston is worse at 300/1). If you plan on betting this, I wanna be your bookie!

A 40-year old former assistant with the Chargers who moved with Frank Reich to join Indy as their offensive coordinator, Sirianni steps into a situation that has its share of issues. The Eagles have fallen precipitously since their Super Bowl title of several seasons ago—so much to the point that the Eagles cleaned house. Sirianni gets some good young players with which to work, including rookie Alabama receiver DeVonta Smith. And while moves can still be made, it looks like Jalen Hurts at QB. And other than an aging Zach Ertz, the sources of production for Sirianni look a bit thin, the result of a lot of draft picks not panning out. This actually seems like one of the bleaker scenarios of all the new hires, at least from an immediate standpoint. The Eagles are 90-1 to win it all this season and are undoubtedly in rebuild mode. Only bet Philly if you’re rich or 100 years old and don’t give a damn about your money lol.

In a slew of younger hires, other than Meyer, it’s almost refreshing to see an old vet like Culley get a shot. For the better part of three decades, the 65-year old has generally been a well-received offensive assistant. Still, hiring a man this age who has never even been a coordinator in this league raised some eyebrows. He steps into an unenviable position with the whole Deshaun Watson deal. Without Hopkins and now Fuller, there aren’t many weapons on offense for Culley to flex. A depleted roster, a legally troubled and malcontent quarterback, and key guys leaving paints a rough image. If Houston can get to 6-7 wins, Culley will have done a heck of a job. At 300-1, this team is actually an overlay to win the Super Bowl. However, it’s one value-bet we won’t be placing this season!

Where are you betting on games for the 2021-2022 NFL season? Does your bookie off you -105 odds on sides and totals? NO HE DOESN’T! So why not make the switch to BAS Sportsbook? You’ll save OODLES of cash over the course of the season! We’ve advertised them for 10+ years with ZERO complaints! Click here to start betting cheaper today!