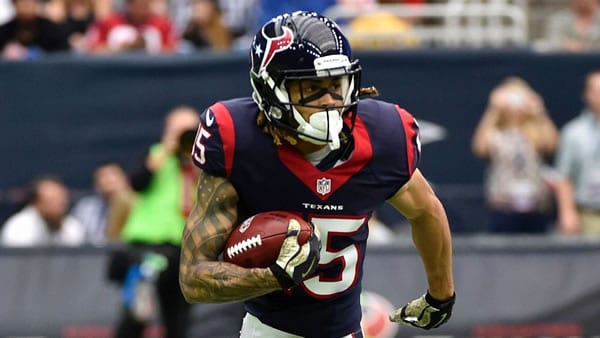 Point spread: Vikings +3.5 (Intertops - One of OLDEST and MOST TRUSTED bookies on the internet! Deposit $25 and get a FREE $50 bet using code: ROOKIE200)

The Vikings and Texans both expected to at least compete for wild-card playoff spots this season, but both are off to 0-3 starts, heading into Sunday’s inter-conference hook-up in Houston. The Texans are pedestrian on offense so far this year, while Minnesota is iffy on defense, so this game looks like a match-up of weakness-on-weakness. How are we playing this one with our free Week 4 NFL pick?

Week 4’s NFL betting odds opened Houston as a four-point favorite over Minnesota, with an over/under of right around 52. Early betting action then dipped the Texans to -3.5 and goosed that total to 54.5.

Minnesota is 0-3 on the season after falling at home to Tennessee last week, 31-30. The Vikings spotted the Titans the first six points of the game, then scored touchdowns on their next two possessions and led 17-9 at the half. Minnesota pushed that advantage to 24-12 midway through the third quarter but gave up touchdowns on Tennessee’s next two possessions to fall behind. The Vikes retook the lead at 30-25 early in the fourth but gave up a couple of Titans field goals to fall behind again and could not respond.

However, for what it’s worth to Minnesota fans, the Vikings held on for the cover as three-point home dogs.

On the day Minnesota out-gained Tennessee 464-444 and out-rushed the Titans 226-134, as Dalvin Cook went off for 181. But the Vikes also lost the turnover battle 3-1 and missed a make-able field goal, which certainly proved costly.

Minnesota opened this season with a 43-34 loss at home to Green Bay, and that game wasn’t as close as that final score might indicate. The Vikings then lost at Indianapolis 28-11 and looked bad that day, too.

Houston, meanwhile, is also 0-3, after falling at Pittsburgh last week 28-21. The Texans spotted the Steelers an early field goal, then scored touchdowns on their next two possession to take a 14-3 lead. Houston then fell down 17-14 but drove 75 yards in 50 seconds for a touchdown and 21-17 advantage into halftime. Unfortunately, that’s as far as the Texans got; Houston produced just 51 yards of total offense in the second half, got outscored 11-0, lost the game, and missed the cover as dogs of 3.5 points.

The Texans opened this season with a 34-20 loss at defending Super Bowl champion Kansas City, missing ATS as dogs of 9.5 points. Houston then lost at home to Baltimore 33-16, whiffing ATS as 7.5-point home dogs.

These teams last met four seasons ago, a 31-13 Vikes victory in Minneapolis. Sam Bradford quarterbacked Minnesota that day, against Brock Osweiler for the Texans.

Neither of these teams is worthy of a betting recommendation at the moment. Minnesota’s short-handed on defense, down four starters already, giving up 440 yards per game. Over on the other sidelines, Houston is only managing 308 YPG offensively, and just 66 YPG on the ground. Honestly, we have no idea who’s going to win this game. But we can see the Vikings putting up 24-27 points, and the Texans should be able to do the same against this Minnesota defense. Throw in a couple of long field goals in the perfect conditions of NRG Stadium, and maybe a defensive/special teams touchdown, and this game should go over the total.

Take the OVER 54.5. Note: 5Dimes has left the USA market but you can still bet on games a -105 reduced vig! Find this huge money saving offer at BetAnySports!