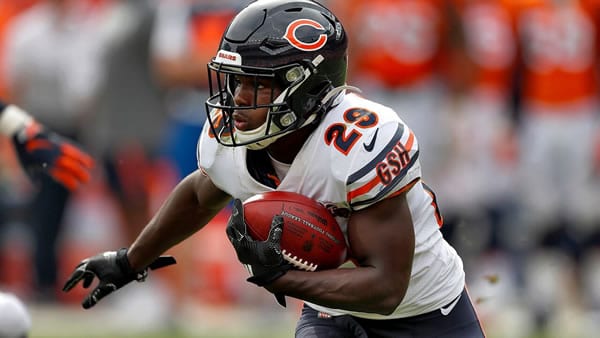 Takeaways From Week One

The G-Men come in off a 26-16 defeat on Monday night when they hosted the Pittsburgh Steelers at MetLife Stadium. Closing as a six-point underdog with pretty much the world betting on the Black and Yellow, the Giants failed to cover the number much to the masses’ delight, although Big Blue had established a lead early in the second quarter, at one point.

Inexplicable would be the right word described what transpired in Week One concerning the Bears. Chicago trailed by 17 points as it went into the fourth quarter on the road in the Motor City against the Detroit Lions before practically the unthinkable happened. After missing a 55-yard field goal attempt where the Bears had a 2% chance of winning the game, Chi-town would score two touchdowns in just over a minute to lead the Lions 27-23 and orchestrate an incredible comeback. With over a minute left on the clock, the Lions would drive the field, and the game-winning touchdown that would have also enabled Detroit to cover as a two-point favorite was dropped, and Chicago would escape.

How the Public is Betting the New York-Chicago Game

In the early going, we have seen action tick in on the Bears as they have moved from a five-point choice to their current asking price of -5.5. From a consensus perspective, the Bears are also getting 62% of the consensus liking them in their present spot.

New York and Chicago last met in November of 2019 in the Windy City, where the Bears would win but not cover as a six-point favorite. The final tally in the aforementioned affair would be Bears 19 to the Giants 14. Overall, the G-Men have been a torn in Chicago’s side as they have won four of the last six meetings.

DEPOSIT $300 AND GET $300 IN FREE FOOTBALL BETS AT MYBOOKIE SPORTSBOOK!

The Giants have been a cash-cow in this series as they have fostered covers in five of the last six contests between both parties. Overall, Big Blue may seem to bode value as all the analytics match-up with New York, the Road Team is 7-2 ATS in the last nine matches, the Giants themselves are 4-0 ATS in Chicago, and the Underdog has also covered in the previous four fixtures. However, these trends, if anything, in my opinion, render New York to be overvalued.

Giants standout wide receiver Golden Tate is listed as day-to-day with a hamstring injury. Tate was unavailable in New York’s outing on Monday against Pittsburgh. His return remains uncertain.

Initially, I was looking to back New York here, given a wide range of considerations. First, the G-Men did not leave a good impression overall before a prime-time audience. New York looked competitive for three quarters until they had no answers for Pittsburgh, who summarily went ahead by 17 points before a junk-time score made the affair look closer than it was. Second, the Bears’ comeback against the Lions probably would place them on the cross-hairs of a lot of people looking to fade them this week since…well…I don’t even know if that was a hard-fought win, luck, or Detroit regressing back to their inability to close out games under Matt Patricia. Maybe it was all three. However, when we consider the trends getting thrown into the mix along with these narratives, Chicago may actually be a hard team to get behind here, laying nearly a touchdown this week after they were taking back a field goal last week. But here is the thing though, if the Bears took their medicine and had their doors blown off, no one would even want a thing to do with them this week in their follow-up. This could have equated to a lower asking price for the Bears but be that as it may, the equity still resides with them since there are a vast array of moving parts that can make them very much undervalued.

After making the playoffs in the 2018-19 season, the Bears took a huge step back last season. I think last week’s theatrics perhaps may have sparked this team to turn things around and get them back on a better path. The Giants certainly have the potential to progress in their own right this season, but it is too soon to tell if Joe Judge’s stewardship will bear fruit. However, Chicago looks determined and hungry to be a part of the divisional race, and I expect them to win this one decisively. Note: 5Dimes is no longer accepting U.S. players. If you have a betting account there, you will need to withdrawal your funds asap. For those looking to switch to another sportsbook that offers -105 reduced juice, their old sister book BetAnySports will now be your best option. For those who never took the time to sign up to wager at reduced odds wagering (-105 instead of -110) you’re missing out on a huge opportunity. It’s twice as good as any bonus that you can receive. The savings are huge! Get signed up at BetAnySports today and start reaping the benefits!