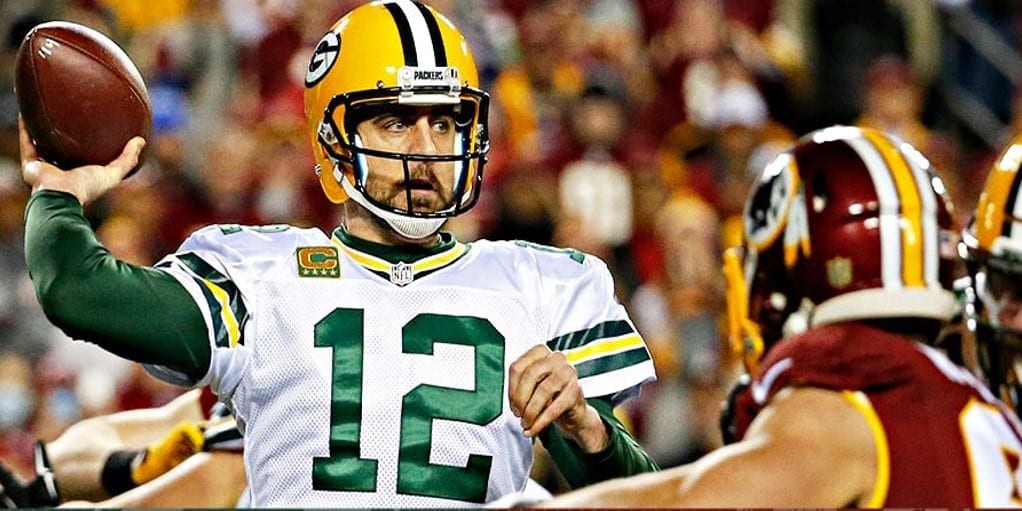 It has been just a couple of weeks into the NFL season and there are only a few surprises. There are just a few teams that looks really good, another group that looks really bad and an overwhelming amount in the middle. Things will undoubtedly declare themselves as we go but this could be a very interesting season with nip-and-tuck game finishes as well as division races. Choosing which side of that three-point line you take is a routine exercise for NFL bettors but I think we are going to see a lot matchups in 2018 with three point lines that would have been much wider spreads in years past. That isn’t necessarily good or bad but we are all going to have to come into each week with fresh eyes because it looks like some well-held beliefs from past years may be set to betray us. We have a three point line to dissect for this week’s Green Bay v. Washington tilt, so let’s take a look.

If it Wasn’t for Bad Luck?

I am a firm believer that luck isn’t actually a thing in professional sports but Green Bay should be anything but 1-0-1. If Aaron Rodgers doesn’t get hurt, they are probably 2-0 but then again, Chicago should have finished them off in Week 1 regardless of Rodgers heroic return. The Packers were set to win against the Vikings last week but a dubious roughing the passer penalty allowed Minnesota to tie the game. The Vikings missed three field goals in that game so maybe the Packers should be 0-2. I have watched every minute of both games and I am left with many of the same impressions of Green Bay as I have had for a long time. They will be great in the passing game behind an MVP quarterback but there defense is the achilles heel. After two weeks, Rodgers and the offense is doing fine at 26.5 points per game but the Green Bay defense is ranked 24th overall and 26th in passing yards allowed. Washington has proven to be a middle of the road passing unit through two games but there is no question they are going to test the Green Bay secondary. Packers CB Kevin King could miss the game with a bad groin and that is problematic as backup corner Davon House was burned multiple times by Kirk Cousins last week.

It’s Boring but it Works.

With the departure of Kirk Cousins, Washington turned to Alex Smith to lead the team and you know what you are going to get with him at the helm. Smith is not a top-tier playmaker but makes the right reads and finds the holes in the defense. He has completed 71% of his passes as a Redskin but has just two touchdowns. He has a 100.1 rating and that is great but you are going to need a running game and defense to supplement for what Smith lacks. Washington lost rookie Derrius Guice to an ACL injury and brought in Adrian Peterson to tote the rock. Peterson has only averaged 3.1 yards per carry but has added 100 receiving yards. Peterson, coupled with RB Chris Thompson and his team-leading 155 receiving yards gives Washington a backfield that must be accounted for even if they are not gobbling up chunk yardage on the ground. Jordan Reed has a 10-103-1 line through two games and him simply being on the field further stresses out the opposing back-seven. That is key for Washington as the combination of Paul Richardson, Josh Doctson and Jamison Crowder have only accounted for 18 receptions and zero touchdowns through two weeks. This is a low-risk offense but one that can grind you down and salt the clock away.

The Washington defense has been aces through two weeks. They lead the NFL in total yards and passing yards allowed while giving up 13.5 points per game. Green Bay is a big step up from Arizona and Indianapolis but the ‘Skins defense has been a player with three picks and three sacks while holding opposing QBs to a 66 rating. Green Bay brings the 11th best passing game but Aaron Rodgers is clearly limited in his mobility and there are very few positive plays when the first read is not open. Rodgers has temporarily lost his ability to improvise and extend and that is hampering the big play ability in Green Bay. Washington will have a good chance to put Green Bay into third and long situations as the Packers are just 26th in rushing after two weeks. They do get RB Aaron Jones back this week but Jamaal Williams is likely to see the most action as he is the better pass blocker and protecting Rodgers is job #1. Williams is averaging just 3.4 yards per carry and it will be to Washington’s advantage to keep the playmaking Jones off the field.

Green Bay must continue to see big time production from the receivers. That has worked so far with Randall Cobb, Davante Adams and Geronimo Allison all at 11+ catches and 130+ yards with each finding the endzone at least once. Jimmy Graham adds another option for Rodgers and he is at 8-103 after a big game last week that included a TD that was negated by a holding penalty at the line. Josh Norman and Quinton Dunbar have a tall task ahead of them in guarding the outside but the linebacker level has done it’s part in pass coverage with D.J. Swearinger collecting two interceptions underneath. Washington snuffed out Arizona and held Indy to fewer than 300 total yards so while they are about to take their toughest test, they are not automatically going to fold this weekend.

History has not been kind to teams coming off a tie. None of the last ten teams involved in a tie have been able to win the following game and only one was able to post an ATS victory. Green Bay is just 1-4 against the spread in their last five overall with the same 1-4 mark in their last five against an NFC opponent. These teams did not play in 2017 but Washington was able to get a big 42-24 win at home during the 2016 season. Green Bay won the previous meeting, a 2015 season playoff game, by a 35-18 margin, also in Washington.

Rodgers knee is not going to be 100% for several weeks based on reports from Green Bay and while he seems capable at many levels, the Packers are clearly less of a team without him at his peak. The Green Bay running game is pedestrian at best and not scheduled to improve against a Washington team that just held to Colts to 65 yards on the ground. The Redskins are going to take the air out of the ball and keep the ball away from #12 while chewing up the clock. Green Bay has not been particularly good against good tight ends and pass catching backs and Washington has both. The ‘Skins will be able to move the ball and score as well with Green Bay still searching for improved defensive production under Mike Pettine. I am a bit too nervous to take Washington on the money line but I will happily take the home dog with Green Bay sneaking out a 26-24 win.