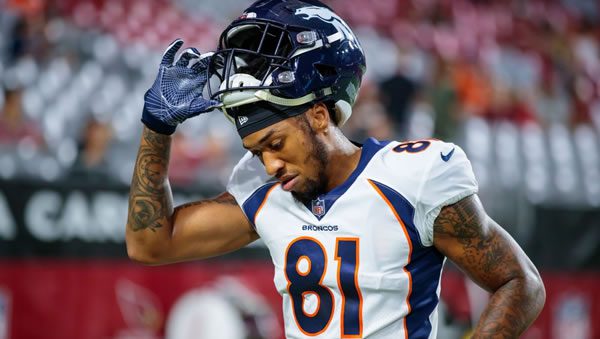 Point Spread: HOU +10/DEN -10 (Bovada - You gotta sign up at this place if you live bet. Their platform is SO much better than everybody elses!)

The Houston Texans come into Mile High on Sunday for an AFC showdown with the Denver Broncos. The Texans served notice that they’re possibly not the laughingstock people thought, tying favorite Indianapolis in one of the surprises of week one. They overcame a lot of offense by Indy and a furious late comeback to hold firm in OT and secure the tie. They might have a rough one on their hands on the road this week in Denver, facing a Broncos team that is looking to bounce back after a bad start to the season in a 17-16 loss on the road to the Seahawks on Monday Night Football. Can Houston give Denver a run for their money, or will we see the things people forecasted about the Broncos start to come to fruition?

First off, you could go through every season and look at week one results that would have led a person astray if taken too much to heart. A week one tie against the Colts might not mean much by season’s end, and the very real problems the Texans have are still present. While improvements have been made defensively, particularly in a secondary that got a boost, new Indy QB Matt Ryan still put up numbers. Michael Pittman and Jonathan Taylor both feasted on this defense. But when it came to actual scoring, the Texans were resilient, making key stops and timely plays. New addition Jerry Hughes was big, with two sacks and a pick on the day.

Offensively, you will see the occasional spurt from QB Davis Mills. He’s not one of the better QBs in the league by any stretch, but what we saw on Sunday was an efficiently-delivered performance and not many miscues. The run game, with Rex Burkhead and rookie Dameon Pierce, wasn’t that great, but Mills connected well with lead receiver Brandin Cooks and threw two TDs to new tight end, OJ Howard. So with some new additions on both sides of the ball, along with the veteran leadership of Lovie Smith, maybe we see better from the Texans this season.

For the purposes of this game, however, we have to be realistic about the Texans, especially on the defensive side of the ball. There might not be many days where you give up over 500 yards in total offense and hold an opponent to 20 points through four quarters and an entire overtime session. Whether you’re talking up-front, in the middle, or in the secondary, there are holes on this Texans’ defense that the Broncos could well exploit at home, both in the air and on the ground. But the Texans probably saw nothing on Monday Night Football from the Broncos that would have them gripped with fear.

Too Early to Get Worried About Denver?

A lot of it comes down to expectations. In week one, the script was supposed to play out differently. Russell Wilson was supposed to finally give a team that is strong in a lot of other areas a boost at QB, bolstered by him returning to his old stomping grounds to take on a deflated Seattle team with whom there are some sour feelings. But other than Wilson being familiar with that stadium, it was a little out of the rest of the team’s element. Perhaps some hopes need to be tempered with a Denver team that still has some things to work out before they can be called legitimate contenders. You can’t always throw different pieces together and see it take off from week one, with the newness of Wilson and a new coaching staff offering some challenges that other teams aren’t facing in the early going. And it wasn’t a really good look for Nathaniel Hackett in his first game as a head coach, with a slew of weird decisions, especially late.

Now, at home against the Texans, it’s time to show some of that progress. Wilson did throw for 340 yards and made nice connections with top receivers Courtland Sutton and Jerry Jeudy, who caught a long TD from Wilson. They have the two-headed monster at running back with Javonte Williams and Melvin Gordon. The rest of the contributors are a strong supporting cast. But seeing multiple drives die a horrible death in the red zone was hard to watch for Denver supporters. And in a one-point game, coming away empty-handed a few times after nice drives was the deciding factor.

Watch Out for Denver “D”

Seattle caught the Denver defense off-guard very early, with Geno Smith looking good slinging the ball and leading a couple of early big drives. But before long, we saw the Seattle offense grind to somewhat of a halt. Guys like Bradley Chubb, who had two sacks on the day, were getting after the QB, and it was really the Denver offense that couldn’t do its share of the work. All told, the Seahawks only put up 253 yards of offense on the night. It’s a part of the Denver game that looked pretty good, somewhat drowned out by the upset loss on MNF and the Russell Wilson revenge narrative not playing out according to the script.

Week one played out in a way that suggests our view on both of these teams was a little off. Then again, one week alone is not enough to force a reassessment. It’s likely that the Texans won’t look as good as they did on Sunday week in and week out, while Denver will be urgent this week and looking to atone at home. If the season were to start with losses to Seattle and then the Texans in their home-opener, it’d be about as bad a two-game losing streak as a team could ever have. All the wind would be sucked out of the Broncos’ sails. I see the Broncos getting it together with the Texans coming down to earth a bit this week. I’ll take the Broncos.

Loot’s Prediction to Cover the Point Spread: I’m betting on the Denver Broncos minus 10 points. Bet your Week 2 NFL picks for FREE by scoring a massive 100% real cash bonus up to $500 when you use bonus code PREDICTEM at the web’s oldest and most trusted bookie: Everygame Sportsbook!