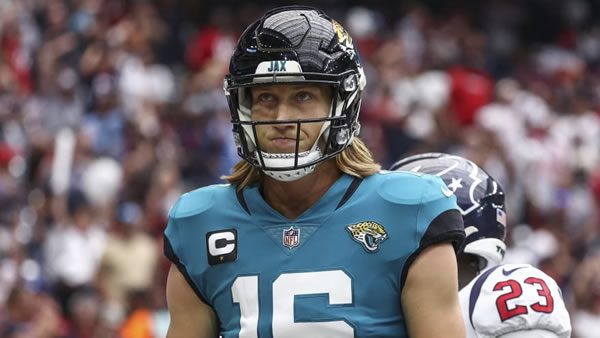 The Jacksonville Jaguars come to Ford Field on Sunday for a week 13 battle with the Detroit Lions. Both teams enter this game at 4-7. On Thanksgiving, the Lions fell just short of beating the Bills, 28-25, again showing improvement but just coming up short against a superior team. Again at home this week, they host a Jags squad that really dug deep to beat the Ravens on Sunday 28-27, getting a last-second TD and converting the two-pointer in thrilling fashion. Who can get the upper hand this week in the Motor City?

Forming a Different View on Detroit

For much of the season, we’ve seen the Lions be a dangerous team but a losing one for the most part. While able to explode on occasion with a slew of different weaponry, their defense usually let them down as they started the season a demoralizing 1-6. But by winning three straight games and then nearly beating the Bills last week, we’re seeing a team that is playing better. Their offense is actually becoming one of the better units in the conference. And while their defense continues to struggle, there is the occasional solid game here and there and less of a propensity to completely bottom out on a given week. They are really moving the ball well, with Jared Goff working with a large cast of aerial talent, along with Jamaal Williams delivering regularly as a goal-line threat. It’s a team that seems to believe and is trying really hard.

With an impassioned win on Sunday, that’s two wins in three games for a Jaguars team that really went flat after a promising 2-1 start. Five straight losses seemed to rob them of all their progress. But by beating the Raiders, giving the Chiefs a decent game, and then storming back to get clutch plays on offense to beat the Ravens on Sunday, we’re seeing this Doug Pederson-led group start to reclaim some of its former fire. Trevor Lawrence is looking better again. They’re getting a big boost on the ground with the stellar play of Travis Etienne, whose status is iffy after leaving last week with a foot injury. A growing receiver crew with steady producers like Christian Kirk, Zay Jones, and Marvin Jones is also delivering. And while that defense is nothing special against the run and pretty bad against the pass, they’re getting more big plays lately.

Matchup Problems with Jacksonville This Week

The Jags are going to be facing an offense that really thrives at home in the dome. Jacksonville is a little out of their wheelhouse in this NFC North setting, and even if they’re insulated from the weather end of it at Ford Field, they are still facing an offense that can do a little of everything. With D’Andre Swift and Williams, they have a nice ground game and one that is pretty dependable up close behind this good offensive line. But with guys like Amon-Ra St. Brown and a full cast of supporting receiving talent, Goff can really go to work on an opponent, especially a secondary like Jacksonville’s. With their variety of targets, it’s hard to picture Detroit not doing at least some damage this week.

There has been the occasional offensive flare-up from the Jaguars this season. Leading into last week, though, they had scored exactly 17 points in three of their previous four games, and that’s the big threat with the Jags. Sometimes, it appears that they have a decent defensive matchup and Lawrence and all his pieces fall flat. Teams take the lead, Etienne and the run-attack is schemed out of the game with the Jags in comeback mode, and they just start playing out of character. The fact that it often happens without rhyme or reason gives them an enhanced layer of uncertainty. That comes with the territory with a 4-7 team, but the Jags can really cover the whole gamut. Granted, this has the looks of a spot where they could pounce, but it’s seldom as easy as it looks with the Jaguars this season.

We’ll have to see leading up to game-time how the Lions’ supporting cast of receivers is looking. Guys have filed back into the rotation, but it’s a sort of faceless unit behind St. Brown. The Jags have more continuity in their aerial corps, with Kirk and Zay Jones leading the way, along with the offhand contributions of Jamal Agnew and Evan Engram, along with the veteran clutch play of Marvin Jones. Detroit does damage with their ground game, but it’s more of a red-zone threat than something that thrives in between the twenties. Swift hasn’t been having many big plays, and maybe Etienne can really take it to a Detroit run defense that isn’t too sharp if he’s healthy.

For a 4-7 Jaguars squad, there are no guarantees, and if what they do well didn’t surface in an out-of-the-way spot on the road at Detroit this week facing a dangerous offense like this, it wouldn’t be shocking. Something just tells me that their routes to victory here are slightly more-bankable, namely a defense that has mostly avoided getting embarrassed this season. If they can repeat that this week and let Lawrence do his thing against this exploitable Detroit defense, they might have a reasonable path to a win on Sunday. I’ll take the Jags this week.

Loot’s Prediction to Cover the Point Spread: I’m betting on the Jacksonville Jaguars plus one point. Bet your Week 13 NFL predictions for FREE by taking advantage of a 100% real cash bonus up to $500 at the web’s oldest and most trusted sportsbook when you enter bonus promo code PREDICTEM on the Special Offers page at Everygame Sportsbook! In business since 1983!