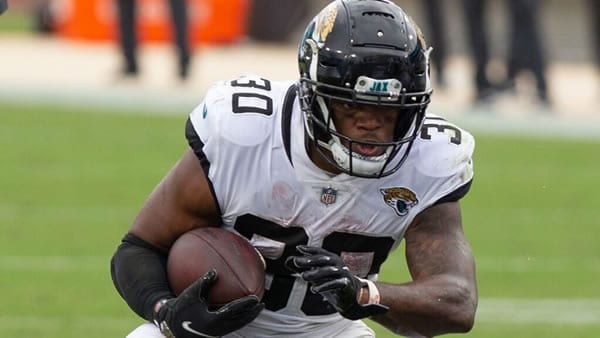 The Jacksonville Jaguars come to SoFi Stadium for an AFC showdown with the Los Angeles Chargers. These teams are a combined 2-9 but are in somewhat different positions heading into week 7. Jacksonville is on a slide of five straight losses. They haven’t covered the spread in their last four games and on Sunday, lost by 18 at home to the Lions in an ugly performance. At 1-4, the Chargers aren’t in a much better spot but had last week off and, with four covers in five games, have at least created a little optimism about the direction in which they’re headed. Who can get the cover in Inglewood on Sunday?

Is Jacksonville This Bad?

Beating the Colts on the road and covering against the Titans had the Jags looking decent through two weeks, and it’s been a disaster ever since. Losing games is one thing. But it started with Miami blasting them at home on Thursday Night Football, followed by a loss to Cincinnati. It bottomed out the last two weeks, losing by 16 to a winless Houston team, before getting manhandled by Detroit on Sunday. So for those keeping track, their last month consists of losing to teams who hadn’t won before and then getting their butt kicked at home by Detroit. It takes a certain type of courage to get behind a team like that, no matter how juicy you think this spread looks.

DID YOU KNOW…5DIMES MAY BE GONE BUT YOU CAN STILL GET -105 ODDS? GET SIGNED UP ASAP AND START BETTING AT DISCOUNTED PRICES AGAIN AT BAS!

On paper, the Jaguars’ offense isn’t bad. Gardner Minshew’s numbers aren’t half-bad, lead back James Robinson is averaging a respectable 4.3 yards a run with 23 receptions, and five different targets have at least 196 receiving yards. It’s just when the yards occur that is the problem, as it always seems to come when they’re already behind lately, with the numbers ending up being window-dressing when you boil it all down. The production is needed in the front-end of a game when things are still being contested, not after you’ve already fallen into a big hole.

Chargers in this Role?

We’re seeing good things from a Chargers team without necessarily seeing great results. Bettors have been happy, but the Bolts were hoping for better than 1-4 through five games. It’s really not all their fault, as they are one of a small handful of teams that have seen their season sidetracked by injuries. They lost two of their better players on defense in Melvin Ingram and Derwin James, and now Joey Bosa is questionable. Their secondary is also banged-up, and a recurring problem has resurfaced—a snake-bitten offensive line. It makes it hard for rookie QB Justin Herbert, who is also now without a major piece of artillery with RB Austin Ekeler, out of action. For what it’s worth, all their games are of the one-score variety, with two coming in OT—to the Chiefs and the Saints. It shows that there’s a lot behind the records sometimes, as both teams here have one win. The Chargers’ story just paints them in such a better light.

One thing that isn’t typically positive is taking this version of the Chargers and having to lay points. So far this season and going back even farther than that, we see the Chargers overperforming against good teams and stinking it up against bad ones. This year, they covered against the Saints, Chiefs, and Buccaneers, of course getting points. As soon as it’s time to lay points, like when they were laying 6 points against Carolina, they miss the spread by two scores. So as beleaguered as the Jaguars might seem, this isn’t always a great kind of spot for a Chargers team that seems to play to their opponents’ level—for both good and bad.

Good Matchups for Both Teams

On the right day, Gardner Minshew and his aerial cast, a deep collection of capable ball-catchers, can do damage. And with the Chargers’ secondary getting progressively battered throughout the season, this could be one of those spots. And even if they don’t start quickly, it could be enough later to backdoor-cover, always a threat when the Chargers are giving points. And even if Jacksonville’s defense hasn’t been up-to-snuff for the last month, with the Chargers missing so much personnel, they could make some problems for Herbert and the O-line.

The Chargers do have some depth at the running back position. With Justin Jackson, rookie Joshua Kelley, and the useful legs of Herbert, maybe they can get some balance to wield on a Jacksonville defense that’s pretty leaky across the board. Between Keenan Allen, Mike Williams, TE Hunter Henry, and emerging deep-threat Jalen Guyton, the Chargers have a lot to inflict on a Jacksonville secondary that was a little better on Sunday, but maybe only because the Lions ran the ball so well. In any event, with the ease some recent opponents have had against this Jaguars’ defense, a tuned-in Chargers’ offense that used the bye-week to refocus and rest battered bodies could be in a position to pounce.

Again, this is not a spot where the Chargers always thrive. Time after time, everything makes sense for the Chargers to pound an opponent, and so seldom does it actually happen. But with a rookie quarterback who hasn’t had it ingrained in him how his team plays in these spots, it’s hard to really take prior years into consideration. While that might linger and Gardner Minshew has one of those monster games against his former northwest Pac-12 colleague Herbert, I’m deferring on the side of what my eyes see and not what my brain might come up with. They’re the Chargers and are 1-4 for a reason, but I see them delivering in this spot. I’ll take the Chargers.

Loot’s Prediction to Cover the Point Spread: I’m betting on the Los Angeles Chargers minus 8.5 points. Are you a small bettor that would like a free bet? We’ve got one for ya! Deposit only $25 at one of the oldest book online (since the 90’s) and receive a free $50 bet! Find this great offer at Intertops! (must use bonus code ROOKIE200)