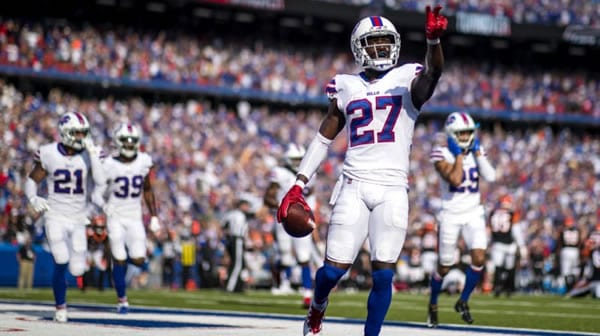 The Bills finished 10-6 SU at the end of the 2019 regular season and punched their ticket to the playoffs, where they made a first-round exit. Sadly, Buffalo looked well on the verge of the Divisional Round of the NFL playoffs when they led by as much as 16 against the Houston Texans before blowing the lead and losing in overtime. Nevertheless, the Bills come into the 2020 season with heightened optimism as many have pegged them as a team that can give New England a run for the AFC East crown.

The Jets finished one-game under .500 in 2019, wrapping up their campaign with a 7-9 SU record. As is usually typified by Jets teams, New York fostered some helter-skelter results that actually removed them from playoff contention when it was all said and done. The Jets managed to defeat the then-undefeated Dallas Cowboys at MetLife Stadium in September, which was impressive. However, this was the same Jets team that lost to a win-less Cincinnati Bengals later in the season.

How the Public is Betting the Buffalo-New York Game

In the early going, we saw bettors take to the Bills as a 6.5-point favorite as 71% of the consensus like Buffalo laying the points. It is worth annotating that the 6.5-point spot can be a bit of a hook, as it is designed to attract action on the favorite with the guise of an easy cover should the Bills win by a converted touchdown. It seems that many have a bit here. However, if anything, it would suggest that this game is going to be far more competitive than many may believe.

This AFC East rivalry has been a well-balanced one for the most part as of late. The Bills and Jets have each won three of the last six between both parties. In the most recent collision between these two rivals, the Jets defeated the Bills in Buffalo in the final week of action in 2019, defeating Buffalo by a score of 13-6 to cover as a 1.5-point favorite. The last three meetings between both parties have been settled by less than a touchdown.

This is a very underdog-friendly series as the dog has gone 8-2 ATS in the last ten meetings. This trend further reinforces and warrants a play on the Jets in this spot. Further embellishing upon this angle, the Road Team is 4-0 ATS in the last four contests.

The most significant injury concern in this game would lie with the Jets, who will be without the services of star Linebacker C.J. Mosley. Mosley will be unavailable for New York for all of the 2020-2021 season due to an Opt-Out for personal reasons.

The reasons are copious as to why to back the Jets here against the Bills. First off, I mentioned the hook that lies with backing Buffalo, the market could have offered the Jets with the full converted touchdown, but they didn’t. That resonates strongly with me. After all, the Jets could have swept the Bills in the regular-season series last year had it not been for a blown 16-point lead that saw Buffalo escape the Meadowlands with a 17-16 win in September. Sure, I understand that the Bills are a playoff-caliber team while the jury is still out on Gang Green. However, all that idea creates is more value in backing New York since the number next to their name will be more inflated as a result; to get some bettors to support them. Still, not even a converted touchdown? That says it all to me.

Bills-Jets games are generally hard-fought and gritty fixtures that have been decided by a solitary score. That in itself warrants a play on New York. However, the Jets also signed a guy in the off-season who I think will be a key ingredient in their success in this game: Running Back Frank Gore. Gore is a future Hall of Famer, and he has the wherewithal to provide the leadership the Jets need behind the scenes to gain an edge in intangibles. The combination of a Frank Gore and LeVeon Bell backfield is a harrowing prospect for any defense to contend with, and I think both will be instrumental in allowing the Jets to hang around in this game and control the football. I wouldn’t be shocked if the Jets won this game outright as the upset-potential in this game is significant. Bet your Week 1 NFL picks for FREE by cashing in on a 100% REAL CASH bonus on your first deposit of $100 to $300 at MyBookie Sportsbook!