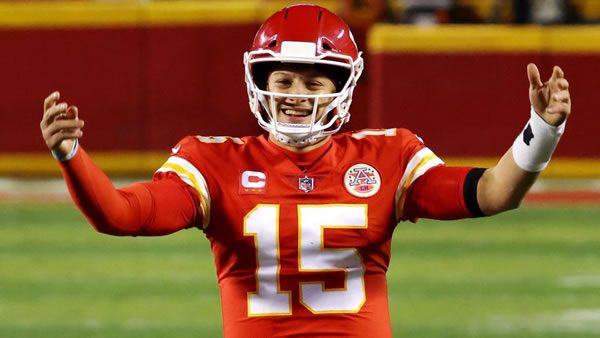 Week 1 is here, and the best matchup of the afternoon slate has the Kansas City Chiefs heading to the desert to take on the Arizona Cardinals. Both teams have high expectations, but getting off to that 1-0 start is going to be tough with a ton of talent on the field, no matter what unit is out there. Patrick Mahomes remains an MVP candidate, but he will be looking for a new #1 target with Tyreek Hill now in Miami. The Chiefs brought in some new options to cover that loss, and TE Travis Kelce remains one of the toughest one-on-one matchups in football. KC spent two first-round draft picks to bolster their defense, so keep your eyes on CB Trent McDuffie and DL George Karlaftis as they make their NFL debut. Kyler Murray posted a career-high 100.6 passer rating in 2021 and has a new weapon in Hollywood Brown. The addition of the former Baltimore WR will be important as DeAndre Hopkins will serve a six-game suspension to start the season. The Cards are somewhat used to being without their #1 WR, with Hopkins missing seven games due to injury last season. Scoring points is going to be a key in Arizona this season as the defense has seen more meaningful exits than additions recently.

Kansas City was one of the best bets down the stretch last season, going 8-3 against the spread in their final eleven games, and they have been reliable early with a 4-1 ATS mark in their last five openers. Arizona has been on the other side with just one ATS win in their last six to finish 2021, and they are winless against the spread in the last five at home. The Cardinals have won six of the last seven against the spread when they are the underdog. This game features the highest over/under total for Week 1, but KC games have hit the over in seven of the last eight overall and each of the four on the road. Arizona is again providing a contrary trend with the under paying in four of the last five for the Cards. The betting public certainly thinks that 53.5 is not too much, with 74% of bets coming in on the over. A little more than 65% of the money is on KC to cover the spread in the early betting.

Kansas City was comfortably a top-5 passing and scoring offense last season, but they lost a big part of that identity with Tyreek Hill leaving town. The Chiefs need to replace 111 receptions and 1,239 yards, and a trio of new faces will be responsible for producing on the outside. JuJu Smith-Schuster is the proven addition and deep threat Marquez Valdes-Scantling comes over from the Packers. KC invested a 2nd round draft pick in Skyy Moore, with incumbent Mecole Hardman rounding out the WR room. That group stands a good chance to match Hill’s total production, but it is still likely that KC’s homerun ability is diminished. Travis Kelce is a good bet to lead the team in receptions this year, but Week 1 could see a slow start with Cardinals S Budda Baker among the best in the business in coverage. Patrick Mahomes has a remarkable 50-13 record as a starter, and he is poised for another fantastic season behind a solid O-line. KC had the second-most passing attempts in 2021 but gave up the third-fewest sacks. It might take a while for this offense to get in a high gear, but Mahomes will eventually find his weapons with the OL giving him time. Clyde Edwards-Helaire returns after averaging 4.3 yards per carry and rushing for four scores in 2021. Chris Jones recorded nine sacks and got a Pro Bowl nod last year, his next sack will be the 50th of his career.

One of the silliest stories of the offseason was the “independent study” requirement in Kyler Murray’s contract. Ostensibly, that meant Arizona was not content with the QB’s progression as a player, but the fact is that Murray has seen his competition percentage and passer rating increase in each of his first three seasons. Year 4 holds the highest expectations for the team, and they will go as far as Murray’s arm and legs can take them. On top of some impressive passing work, Murray has 20 rushing touchdowns in 46 career games. Arizona’s rushing offense is unique, to say the least, as James Conner struggled to a 3.7 yards per carry average last year but still recorded 15 rushing touchdowns. Darrel Williams came over from KC in the offseason to replace Chase Edmonds, but this run game appears to lack big play ability. The WR group is led by the returning A.J. Green and Rondale Moore, but the big news is the acquisition of Marquise Brown. Hollywood is fresh off his first 1,000-yard season, and his 4.3 speed will be a dangerous combination with Murray’s ability to extend the play and throw on the run. Zach Ertz remains one of the more reliable tight ends in the game and recorded 74 receptions last season. He is questionable for the opener, which could push 2nd round draft pick Trey McBride, into action. Defensively, Arizona is tasked with replacing Chandler Jones and his team-high 11 sacks. They chose not to do that in the draft, leaving a pass-rush void opposite Markus Golden. J.J. Watt will be back on the field, and while that is a great story for one of the most well-liked players in the league, the Cards shouldn’t be counting on a vintage Watt statistical season.

Roll with Mahomes and Take the Over

There are always questions to answer in the opening weeks, and early season betting takes a lot of trust. Patrick Mahomes is one of the most trustworthy players in the NFL, and he should have no problems putting points on the board, even with an updated stable of receivers. Arizona may know how to finish off drives with rushing scores, but these ground games are not difference makers, and the overall playmaker edge is with Kansas City. Both defenses could struggle, which is the easiest advocacy for betting the over, and while these defensive units were statistically similar last season, it is Arizona that returns fewer starters, to borrow a college football phrase. Kansas City also addressed its defensive needs a lot more obviously in the offseason, so look for them to make that extra play or two that gets the ball back to the offense. This could be one of the more fun games to watch during Week 1, and we have seen Kansas City thrive in those back-and-forth contests. There is sure to be the normal early season sloppiness, and that often comes in the form of penalties. Arizona committed the fourth-most penalties overall in 2021 and led the league in false starts. Teams have largely had to be perfect to get the better of Mahomes in his career, and Arizona doesn’t fit that bill. Mahomes is a State Farm guy, and this game is at State Farm Stadium; look for the “Patrick Price” to be a 33-26 win for Kansas City.

Pick to Cover the Spread: Kansas City. Bet all your Week 1 NFL predictions for FREE by taking advantage of a 100% real cash bonus up to $300 when you use bonus promo code PREDICT100 at MyBookie Sportsbook! Be sure to check out their season long handicapping contest and their survivor contest too! A season long of fun for cheap!