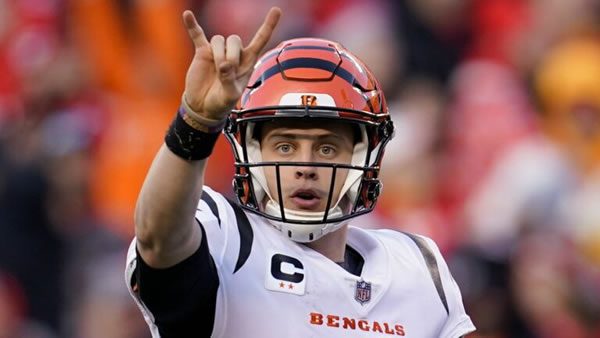 For the first time since 2003, the Pittsburgh Steelers will open their football season without former quarterback Ben Roethlisberger. The quarterback spot is the most prized position in football, and Steelers fans had the luxury of having that position solidified for nearly 20 years. However, the 2022 campaign will bring some changes with journeyman QB Mitch Trubisky getting another crack at the starting role, and that has Steelers fans pondering both the short and long-term future at the once concrete position.

In many ways, some of those questions could be answered right out of the gates when Pittsburgh travels to face the Cincinnati Bengals in the season opener at Paycor Stadium. The Bengals are on the heels of a Cinderella type of story, which captured an AFC Championship and Super Bowl appearance in quarterback Joe Burrow’s 2nd season. By nearly all accounts, the Bengals have found their franchise quarterback for the future, and Burrow should only get better as he continues to mature.

Surprisingly, the Bengals 2021 run has been somewhat underscored as just getting hot at the right time. In reality, the Bengals are stacked with talent on the offensive side of the football, and they spent the offseason upgrading the offensive line with the addition of OT La’el Collins. By all stretches of the imagination, when you add the offseason support with the maturing mega talents of Burrow and WR Ja’Marr Chase; this offense has the potential to be even better this season which is scary for opponents, especially those like Pittsburgh that are trying to find their identity on offense. For those reasons and more, the Bengals are listed as 7-point favorites in their home opener.

One of the reasons I find the Steelers’ offense intriguing is because they are really not as bad as people might expect. The offensive line was terrible last year, and we witnessed the aging Roethlisberger struggle with arm strength. As a result, defenses basically pinned their ears back and did not have any respect for the vertical parts of the field. While I’m not exactly ready to label Trubisky an upgrade, he definitely has the arm strength to bring back the vertical threats. Receivers Diontae Johnson, Chase Claypool, and rookie George Pickens are a talented group of young receivers. Not to mention, RB Najee Harris is a really good threat out of the backfield despite the offensive line concerns. Needless to say, the Steelers have guys that can make plays, but the question remains will we see consistency from Trubisky and the offensive line?

Despite the offensive prowess, the Bengals still have question marks on defense, especially in the secondary, which could open the door for opportunities for this Steelers offense. However, I believe it will be the play of the Steelers’ defense that likely determines how this game unfolds from a betting standpoint. The Steelers’ pass defense should be solid for the 2nd year in a row after allowing just 215 yards per game through the air in 2021. Furthermore, T.J Watt is making a case for the best defensive player in football after logging 22.5 sacks last season. Therefore, if the Steelers can get some help with the pass-rush and pass defense to avoid a high-scoring affair, there is an opportunity to keep this game close.

Joe Burrow is 3-1 SU against the Steelers during his career, with three consecutive wins all coming by double-digit points. Granted, the Steelers present some challenges defensively, but if the Bengals offense has a relatively solid performance, things will be difficult for this Pittsburgh offense to keep this game within reach. I don’t have much confidence in QB Mitch Trubisky, as he has been really bad throughout his career. If Trubisky is shaky in this match-up, the Bengals will win going away, and that is what I believe happens here.

Jay’s Pick: Cincinnati -7. Did you know that Betonline Sportsbook is offering a 500K NFL handicapping contest? They also have a big prize survivor pool too!