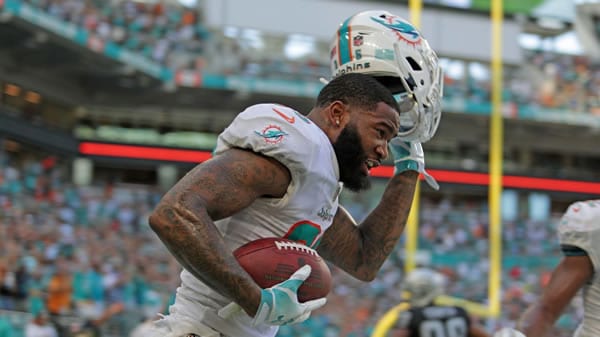 The Kansas City Chiefs take on the Miami Dolphins on Sunday in a big AFC showdown between contenders. Both teams came out ahead last week to continue their winning ways. The Dolphins won their 7th out of 8 games with a 19-7 win over the Bengals on Sunday. But this would be huge, as they host the defending Super Bowl Champion Chiefs. On Sunday Night Football, the Chiefs weren’t their normal electric selves but still managed a 22-16 win over a plucky Broncos bunch. Who can cover the spread on Sunday?

Looking at it a Different Way

While the Dolphins are getting credit and have their fans excited to have some success for a chance, it is the Chiefs who are held in the highest esteem. They’re defending champions and 11-1 this season. But if we’re talking about covering spreads, which is what we’re talking about, it is the Dolphins who loom large. No team has covered more spreads this season than the ‘Fins. And that’s what you would suspect when a team many figured were going to be bad develop ahead of schedule. Meanwhile, the Chiefs have certainly been in winning form, but with the big numbers they tend to get, covering the spread has been more of a task at just 6-6 ATS.

We also get caught up in judging teams along familiar lines, evaluating their stars on offense and how they rank across different areas. That analysis would tend to lead you to conclude that the Dolphins aren’t that great. Maybe the fact that they beat the Jets twice, as well as overturned operations like the Chargers and Jaguars, gives people license to assume a big reality sandwich is coming for the Dolphins. They lost to the Broncos a few weeks ago. They’re 24th in passing and 27th in rushing. Their “D” is 15th against the pass and 21st against the run. These aren’t numbers necessarily consistent with a rising contender.

But a closer look shows a defense that makes up for their leakiness with big and timely plays. Despite their stats, there is only one other team in the NFL that has allowed fewer points than the Dolphins. They really get after the quarterback and are very adept at getting turnovers, with Xavien Howard leading the way with eight picks on the season. They can be very disruptive, and with Kansas City having some issues along their offensive line that didn’t fully come to fruition against Denver last week could manifest more on Sunday. And while it’s true that their offense is subdued and there is a severe lack of difference-makers, Tua Tagovailoa takes good care of the ball and has worked with a certain cleanliness. Nevertheless, 52 combined points in their last three games is a rate that probably won’t cut it against Kansas City. Still, they’re 16th in points scored, which means they’re going better than half the league.

Get all of our teams betting previews as they’re posted: NFL Picks for Week 14 >>>

Still, when you see a young quarterback in Tua, working with that cast, it’s a little jarring when it’s the Chiefs in the other corner. With the Dolphins’ offense, you have what amounts to a group of role guys who would likely struggle to see touches if playing for Kansas City. The Chiefs, meanwhile, are loaded across the board with an MVP quarterback in Patrick Mahomes, two good backs, and one of the best tight end/receiver combos in Travis Kelce and Tyreek Hill. And even the other more complimentary members of the Chiefs’ offense like Sammy Watkins and Mecole Hardman would-be stars in the Miami offense. Again, looking at the Dolphins this way doesn’t really capture the story, but when the gulf in offensive firepower is this vast, even the most ardent Miami supporters should be worried.

Obviously, there is still time for the Chiefs to sink to the three-seed if they strung together a few losses. Homefield is important to Andy Reid, and one should certainly stop short of anticipating a letdown in this spot. But last week might attest to a late-mid season slump where complacency sets in a little. We saw it last season where a few times the Chiefs had some room to breathe and really didn’t get after it in certain spots. And with their 6-6 mark against the spread this season, it has happened a handful of times in 2020, as well. In their last four games, they’ve won by a combined 15 points, grinding out wins over the Broncos, Bucs, Raiders, and Panthers. The Dolphins could fit well into that equation.

Contrarily, you have a team in Miami where the newness of success and their position doesn’t afford them the chance to admire their work. They may have beaten some decent teams this season, like the Rams and Cardinals, but a win here or even a really competitive showing would really give them the air of quality they have sought for so long. This might just mean a little bit more to the Dolphins. That type of urgency, as well as being a team that is good at doing the little things that are more out of view, could just be enough to get the ‘Fins over the hump.

All these thoughts and notions could be rendered obsolete if a high-powered Chiefs’ team comes out with an ax to grind and just leaves Miami gasping and groping for answers. Miami has been able to thrive; however, at a more reduced level. In this context, what we’ve seen work might not catch on so well. But seven wins in eight games speaks for itself, and with the Chiefs being a little less-electric of late, I see the Dolphins keeping this one respectable and covering the spread on Sunday.

Loot’s Prediction to Cover the Point Spread: I’m betting on the Miami Dolphins plus 7.5 points. Bet the Phins as +27.5 underdogs by inserting them into a 20 point football teaser at BetAnySports. They also offer -105 reduced odds on sides and totals!