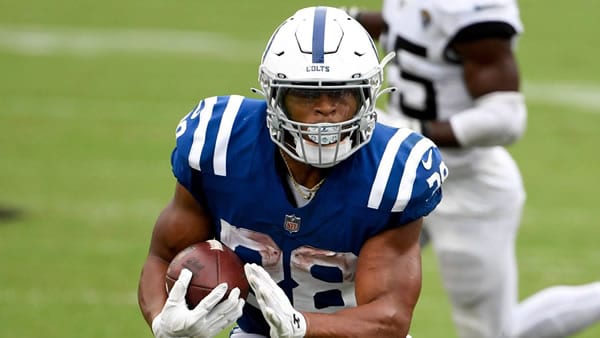 Point Spread:LV +7/IND -7 (BetOnline - One of the oldest, biggest and BEST sportsbooks on the web!)

Don’t look now, but the Indianapolis Colts have quickly emerged as one of the top threats in the AFC. On the heels of a three-game winning streak that includes impressive wins over the Patriots and Cardinals, the Colts are in a position to clinch a playoff spot with a win this Sunday when they host the Las Vegas Raiders inside Lucas Oil Stadium. The Colts have won eight of their last ten games outright and have become one of the better teams in the NFL against the spread with a 10-5 (ATS) record. When Indianapolis returns home this Sunday, they will be 7 point favorites over a Raiders team that has edged out back-to-back victories over the Browns and Broncos in the last two weeks.

The Raiders’ playoff chances have been kept alive by those two narrow victories, by just 6 points combined, over the Browns and Broncos. At 8-7 SU, the Raiders are still in the thick of the AFC Wildcard hunt. The downside is that the Raiders’ remaining schedule is rather daunting as they get the Colts and Chargers, who are both also fighting for postseason opportunities. The Raiders control their own destiny if they were to produce victories over both the Colts and Chargers; however, Las Vegas will be relatively sizable underdogs in both games. Anything less than wins in the next two games, the Raiders will need exterior help and will be in a must-win scenario in the finale against the Chargers.

To be fair, the candidate list for this year’s league MVP award is among the most prestigious group of names in recent memory. Tampa Bay QB Tom Brady has posted incredible numbers, Green Bay QB Aaron Rodgers has a legitimate shot at winning his 2nd straight MVP award, Los Angeles WR Cooper Kupp is on pace for one of the greatest seasons in NFL history, and there are also solid arguments for Cleveland DE Myles Garrett and others. If you ask me, my vote would go to RB Jonathan Taylor for Indianapolis. On the heels of the Colts’ success which I mentioned above, which has Indianapolis looking like the most dangerous team in the AFC, Taylor has been the guy that has solely put the Colts in that situation.

Colts QB Carson Wentz has been an utter disappointment, and the Colts defense has held solid throughout the season. However, Taylor has been the workhorse with 1,626 rushing yards and 17 touchdowns on the season. What makes those stats even more impressive is that every defense in the league knows the Colts’ only true weapon is the ground game with Taylor, and yet they still have not been able to stop him. In my humble opinion, Taylor has reached the rare territory of running backs that are performing at an elite level, and his 2021 campaign has been vastly under-appreciated.

More Picks: Get the money with Loot’s Jags at Pats bet >>>

In order to stop the Colts’ recent momentum, the Raiders will need a big defensive effort against the run to stop Taylor. On the season, the Raiders are giving up 115 yards per game on the ground, which is slightly under the league average. With that being said, it would be careless to avoid the elephant in the room, which pertains to the fact Las Vegas’ has been absolutely obliterated with injuries. Not only has the defense been hit hard, but the offense has lost RB Kenyan Drake, TE Darren Waller, and you can also add in WR Henry Ruggs off-field issues.

Last week, WR Bryan Edwards and backup QB Marcus Mariota were also on the COVID list. While both players are expected to return this week, the Raiders have been severely limited with playmakers on the offensive side of the football. The only true weapon that has emerged this season is WR Hunter Renfrow, who is having one of the better seasons in franchise history. With that being said, the Raiders will have an uphill battle against LB Darius Leonard and this Colts defense that has given up 17 points or less in five of the last six games. Personally, I see more paths to victory for Indianapolis, but I am expecting both teams’ best efforts as well. With that being said, the “under” looks very intriguing due to both offenses’ struggles. In fact, both the Colts and Raiders have hit the “under” in four of the last six games, and I think that is the play in this spot as well.

Jay’s Pick: Under 44.5. Bet this game and ALL your picks each week at -105 reduced odds instead of the more expensive -110 that you’re bookie is sapping you with! Why pay more when you can bet for less? Find this beautiful offer at BetAnySports!