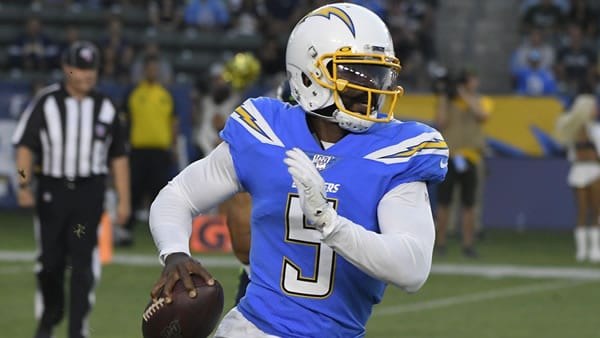 Following a rough letdown 5-11 season, which came on the heels of a 12-win 2018, the Chargers look to turn the page. Most noticeable will be the absence of their 15-year quarterback in Philip Rivers, and how things shake out at that position will likely tell a big part of this story. This is one of the trickier teams to gauge. On the one hand, they are loaded on both sides of the ball with massive talent. On the defensive side of the ball, we see stars and budding stars with a high ceiling. And we’ll see how well things come together on the offensive side of the ball.

The Chargers falling flat last season fell on their own doorstep by large measure, with under-performing top guys and a host of injuries that cost them their edge. A surging conference, including the Super Bowl Champ being in their own division, didn’t help much, either. It was like the world just passed them by last season. Let’s try to sum up the Chargers this season and pinpoint the likeliest win-total and the best line value on this board. Here are the odds, followed by our analysis and best picks.

Odds Explanation: At 5Dimes, a range of win totals are offered. The standard win-total in this wager would be eight wins, with over eight going at -115, with the under at -105. But for those who have a strong feeling either in favor or against the Chargers this season, there are other win-totals offered, as well.

Check out our against the spread picks for every game >>> NFL Predictions!

I’m picking the Chargers will go under 8.5 wins this season at -148 betting odds. Again, this is a tricky proposition that could either be the right move or off by a mile. There are a lot of question marks on this team, in fact, too many to forecast a three or four win-spike from last year’s total. At the same time, there is enough on both sides of the ball that if things click, they could put nine wins to sleep in a hurry.

I’m not sure Rivers was the problem. Sure, he made a lot of mistakes last year and isn’t what he used to be, but how many quarterbacks can thrive behind that line? Getting Trai Turner and Bryan Bulaga will help, but this is the most snake-bitten unit in football, often crumbling well before midseason, with anonymous faces taking up important spots. So maybe a wait-and-see approach is needed with this front. But combine the uncertainty of that with the QB position, and it turns the offense into a big old question mark. Losing Melvin Gordon can’t help, and while there is still good talent with receivers Mike Williams and Keenan Allen, tight end Hunter Henry, and RB Austin Ekeler, they are counting on either Tyrod Taylor or Justin Herbert to deliver.

Taylor is certainly a capable field general who would be refreshing in the sense that he makes few mistakes, unlike his predecessor. Still, it’s not like he ever got anyone’s blood pumping that hard in Buffalo, and it’s been a while since he has led an offense. And while no one can be sure about Justin Herbert, does he really blow you away as a can’t-miss NFL prospect? I’m not so sure, either. So you either have a guy in Taylor who can’t be expected to make the most of the aerial talent around him. Or you have a rookie in Herbert behind a dicey line going against fierce defenses all season long.

It puts the Chargers optimist in a position to bank heavily on the defense. Granted, this is a high-ceiling unit, with Joey Bosa and Melvin Ingram, one of the best 1-2 pass-rushing duos in the league, along with super-safety Derwin James, Desmond King, Casey Hayward, and others. Getting Linval Joseph and Chris Harris, Jr. gives them a boost too, as will first-round LB Kenneth Murray out of Oklahoma. Still, last year, this group was pretty average overall. With a healthier unit and those additions, however, they should be able to get more out of this bunch. But how much?

The schedule looms as an issue, with two games against the Chiefs, a team they didn’t come close to beating last season, along with two apiece against the potentially-improved Broncos and Raiders. After going 0-6 in the AFC West last season, even with the Chiefs being the only team that was better than 7-9, they will need to do a lot better to threaten some of these win-totals on the board. Other than their division, they go into Cincy, host the Panthers, go into Tampa and New Orleans, host the Jets, go into Miami, host the Jags, go into Buffalo, then host the Patriots and Falcons. There’s some good and bad in that non-divisional pack. If the Chiefs beat them twice and they go 1-1 against both the Broncos and Raiders, they need to go 7-3 against this bunch to get to just nine wins.

I think under 8.5 wins is the most-prudent move on the board. Eight wins could be within reach, with nine being a stretch. Again, it’s a wide-range team, but with so many questions and key issues at the quarterback spot, I don’t see the Chargers rising high above a crowded pack of contenders in their own division and conference this season. Bet your Week 1 NFL picks for FREE by taking advantage of a 100% real cash bonus on your first deposit of $100 to $300 at one of the web’s biggest and best football betting sites: MyBookie!