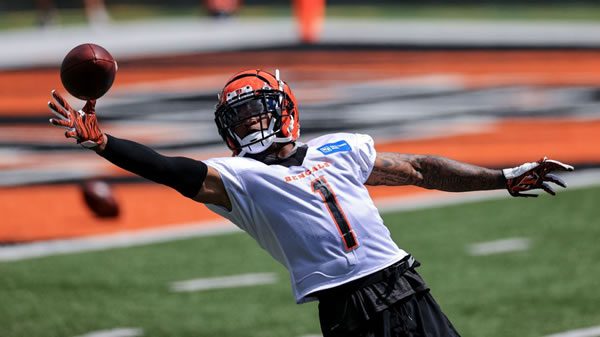 Point Spread: MIA +3/CIN -3 (Bovada – 50% signup bonus! Rebates on EVERY bet! The BEST live wagering platform on the web! Online Poker! What more could you ask for?)

The Miami Dolphins take on the Cincinnati Bengals on Thursday Night Football in a key AFC battle from Ohio. The defending conference champion Bengals are looking to get back to .500 after posting their first win of the season on Sunday with a 27-12 win over the Jets. After two on the road, they return home on the short week and have a tougher game than they might have thought in the 3-0 Dolphins. A 21-19 win over the Bills will assure that people start taking a new-look Dolphins team more seriously. After winning a shootout the previous week, they’re starting to compile some high-quality wins, something they hope continues this week against the Bengals on the road. Let’s break this one down!

Did Cincy Right The Ship?

Over the years, we’ve become used to teams beating the Jets, and it not meaning much. But facing a must-win after a bad 0-2 start, the Bengals did what they needed to do on Sunday with a fairly routine on the road. Joe Burrow was able to connect with his receivers enough to keep them ahead, with a big assist from a defense that finally unraveled its playmaking potential. Two picks of Joe Flacco, along with the Bengals front really getting after the QB was key, as Trey Hendrickson (questionable) had 2.5 sacks on a big day from the Bengals’ defense. Do we start to see the Bengals put it all together more starting now?

Still, with their first two games and only one score in the second half on Sunday, we see things not coming as easily for Cincy as they did at times last season. With this three-game window coming at the beginning of the season, it’s going to stand out more than it otherwise would. So maybe this is reading too much into it. But while they looked better at times last week, that offensive line did not hit the ground running as some had hoped. It affects the run game and has left Burrow much more at the peril of the opposing pass-rush. Again, it’s early, but for a team not getting as much out of what it has, it might be tough hosting a team with the wind in its sails that is starting to see things go their way.

With 19 wins in their last two seasons, maybe the ‘Fins weren’t as far off as what a lot of people thought. Sure, wins over the Ravens and Bills might not have been expected, but it’s not like they came out of nowhere, either. The addition of head coach and offensive innovator Mike McDaniel has brought out some new wrinkles from this group, as has some key personnel additions, as well. The addition of Tyreek Hill has opened up things aerially and given a boost to QB Tua Tagovailoa, but also WR Jaylen Waddle and their running game. McDaniel really is getting a lot from this group. We did see Tua get banged up in the last game before returning and helping lead the Dolphins to the big division win over Buffalo.

To see this Miami offense go from a peck-and-poke offense to one that can really take flight is promising. Suddenly, Tagovailoa has a new lease on life in a career that some had begun to sour on. With new leadership and a slew of new pieces to work with, he’s put together some nice performances. He has already shown this season that he can acquit himself well in a shootout while also able to be more resourceful in games where the scores aren’t as plenty, such as last week. And with additions on the other side of the ball, such as Melvin Ingram, they have grown stronger in the pass-rush department this season. And it was a big part of the winning equation against the Bills on Sunday.

Miami: Trouble on the Horizon?

Not that anyone loves the short week, but Cincy is at home after a win over the Jets that was rough and hard-played, but a game that left them relatively intact. The Dolphins had to fight hard to beat the Bills, had Tua get a little banged up, and now must turn around on the short week and go into Cincy. When there, they will be facing a team that, at 1-2, is still urgent and squarely in atonement mode. Matchup-wise, Miami would appear to be in some trouble against teams like the Bengals, who can at least theoretically rain a storm of aerial damage on an opponent. That part of Cincy’s game may not have completely taken form yet, but this would seem to be a good spot. Then again, Miami avoided getting run over by the high-octane Bills’ offense last week, so maybe this perceived poor pass defense isn’t as bad as it has looked.

This pick is steeped a bit in the somewhat unfounded notion that the Bengals can snap back into shape at some point. Burrow better connecting with his aerial targets, the presence of a true workmanlike back in Mixon, and the strong urge to not fall to 1-3 might be enough to have the Bengals at least motivated in this key spotlight game at home. But if this, in fact, is a diminished version of the Bengals, they’re going to be in big trouble against an elevated Miami team that has kicked up a notch or two, at least on offense. I see the Bengals getting it together at home this week and getting across with the win and cover at home.

Loot’s Prediction to Cover the Point Spread: I’m betting on the Cincinnati Bengals minus 3 points. Bet your Week 4 NFL picks for FREE by taking advantage of a 100% real cash bonus up to $500 when you enter bonus code PREDICTEM on the special offers page at Everygame Sportsbook! They are the oldest and most trusted sportsbook on the web! (In business since 1983 – Formerly Intertops).