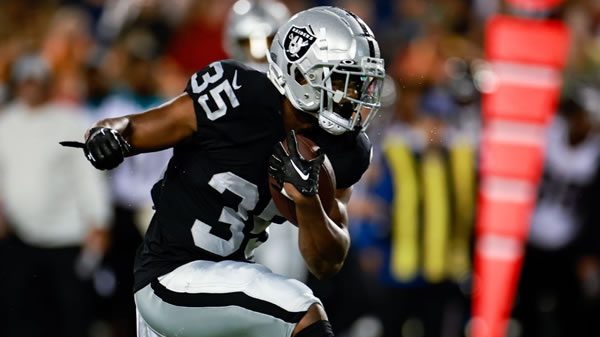 Point Spread: MIN +4/LV -4 (Learn about reduced juice and capitalize on it!)

Kirk Cousins probably wasn’t going to play much anyway, but the fact that he’s out with COVID has taken a lot of the oxygen in this matchup. Contact tracing isn’t as much of a worry as it was when COVID was raging in 2020, but with Cousins out of action, the actual game has been overshadowed by what’s happening around it.
There’s a reason the Raiders are favored here: they’ve already got game action under their belts and looked pretty good in manhandling the Jacksonville Jaguars. On the other hand, Minnesota is breaking in a new offense and defense with its first-year coach and has yet to get any game action in 2022. With the Vikings already starting the game with their reserves, it appears Las Vegas has the edge in this matchup.

How the Public is Betting the Vikings/Raiders Game

Even though Cousins probably wasn’t playing anyway, the public has taken the news that he’s out and run with it, pushing the Raiders from -2.5 to -4. The total has also ticked up two points, which is likely unrelated to that absence.

When Minnesota Has the Ball

The reports out of Minnesota suggest that the Vikings aren’t particularly happy with either of their backup quarterback options. Kellen Mond and Sean Mannion have both been battling with themselves rather than giving the Vikings any legitimate choices behind Cousins, so Minnesota is really going to be hoping that it can keep Cousins upright for all 17 games that matter. But they’ve got to be prepared nevertheless, so it’s likely that both will be trying to put up some numbers to try to establish themselves as the better choice.
The question with the Vikings is how well they adjust to what new coach Kevin O’Connor is putting in on both offense and defense. It’s likely that Minnesota is going to struggle in the first quarter to put up points, but things might get figured out as the game progresses.

There’s a little more known about the Raiders, who aren’t going to risk their starters either but got most of their backups some quality time in routing the Jaguars. Las Vegas played a complete game on both sides of the ball in the first preseason game and did most of its scoring in the first half. Las Vegas had a lot of success with its running game, and the Raiders want to see more from rookie Zamir White before deciding if they can give him an expanded role later in the season. Vegas didn’t exactly set the world on fire with its second-half performance, which might be where the Vikings start to make a comeback. But given what the Raiders did in the first half the first time out, backing them in the first 30 minutes might be a wise play.

There’s not a lot to glean from trends here. O’Connor has never been a coach before, and although Vegas coach Josh McDaniels has a record from coaching the Broncos (and it’s 2-6), he’s also a different coach than he was in his first job in Denver. There is one trend to take a look at here: through the first eight games of the preseason, the over has cashed every single time.

It’s going to be 95 degrees in Las Vegas, but that’s not a worry because this game will be played indoors.

With both teams having new coaches, there isn’t a lot of information available on how either side is going to approach this game. It’s not like we’re dealing with Baltimore and John Harbaugh here, but at least we’ve seen the Raiders in action. Granted, it was only Jacksonville, but Las Vegas looked good and operated its offense effectively with its best reserves in the game. The Raiders look like a deep team that’s going to be competitive in the rugged AFC West. The Vikings are likely a year or two away from that level and likely will not have the depth needed. I’ll back Las Vegas here. Boost your football bankroll with a massive 125% real cash bonus up to $400 when you use bonus code PREDICTEM at GTBets Sportsbook!