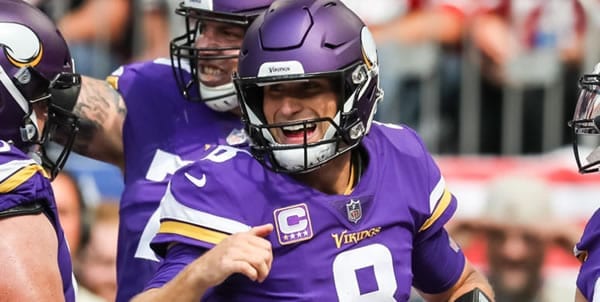 The Minnesota Vikings play the Los Angeles Chargers on Sunday in Carson in week 15 action. Minnesota got back on the winning track after losing to Seattle on MNF, scoring a 20-7 win over the Lions on Sunday to go to 9-4. Playoff ramifications abound, they look to score a win in a tricky road spot in an out of conference game. The Chargers are coming off their best game of the season, a rollicking 45-10 win over the Jaguars. Having done some turnarounds late in a season before, one wonders if the Chargers are kicking it into high gear. Who will have the upper-hand this week?

Chargers Spurt or a One-Off

On Sunday, we saw a lot of what the Chargers had planned this season manifest. And a lot of that would be tough on Minnesota if it surfaced here. But in a season where the Chargers have delivered so infrequently, that’s not something you can bank on. On Sunday, we saw Philip Rivers have a big game and, just as importantly, not throw a pick. There were big plays on the ground with Austin Ekeler and Melvin Gordon, with a varied and deep cast of aerial targets all delivering. The defense was disruptive, with Joey Bosa leading the way with a pair of sacks. While far from bankable and with this last game coming against a completely-sideways Jags’ team, momentum might count for something in a tough road game for the Vikes.

Chargers Healthy as They’ve Been All Season

Hampered by massive personnel issues all season, the Chargers have seen most of their pieces return to action. That goes for the O-line, and all levels of defense. Getting Derwin James back in the fold has already helped the whole defense. At their best, they apply a mean pass-rush with a secondary that can make big plays and turn a game on its head. I think for the purposes of betting on the Chargers in the stretch run of the season, looking at the past helps, but the acknowledgment that they’re in the best shape they’ve been in all season personnel-wise has to be accounted for.

Minnesota Out of Their Wheelhouse?

The Chargers are an unfamiliar opponent playing in a stadium where the Vikings have never played. Granted, the home-environment in Carson for the Bolts isn’t exactly a huge edge, with there sometimes being more fans of the opponent in the building. And in their only other road game against the AFC West this season, the Vikings lost by only three to the Chiefs, though Mahomes wasn’t in that game and Minnesota didn’t cover the spread. They are 3-3 ATS on the road this season.

It didn’t manifest last week against Detroit, but the iffy state of the Vikings’ secondary certainly came out against Seattle the week before that, in addition to other times when they face a vital aerial offense. With the Chargers utilizing so many different targets with top receivers like Keenan Allen and Mike Williams, a stud tight end in Hunter Henry, and two dangerous backs, it’s a lot to wield on a Minnesota pass-defense that can hit some low valleys in the right conditions.

The Chargers’ secondary is one of the best in the league and that much better with James finding his bearings. With Casey Hayward, Rayshawn Jenkins, and others, they are stout with a lot of playmaking ability. Kirk Cousins has thrown just one pick since October 13, but it’s the overall stoutness of this unit that is the primary concern. Better lately against the run, we’ll see how much the Vikes can rely on Dalvin Cook, but make no mistake, this is a tricky spot for this offense.

Roadblocks to a Cover for the Bolts

Well, first of all, they’re the Chargers. So whatever exists on paper has a way of blowing up in your face once they hit the field. Their lack of bankability this season is astounding, with results often making little sense. Being at home isn’t a great edge for this team, and their win here over Green Bay a few weeks ago is their only road-win since week one. It would just mean more being at home if they had a real home. And going against a winning team that has a lot to play for has a weird way of taking what the Chargers do well and making it less-impactful.

A still-dicey Chargers’ offensive line could be further exposed by a Minnesota front-seven that outshines their secondary. The attention might be on the Chargers’ pass-rush duo of Bosa and Melvin Ingram, but between Everson Griffen and Danielle Hunter, the Vikings bring a lot of heat, as well. Linval Joseph is a good run-stopper, with the Kendricks-Barr tandem at linebacker still a significant threat. And while the Minnesota secondary has been exposed in terms of their overall stoutness, they are a difference-making unit on the right day—a definite concern for Rivers, who has 15 picks on the season.

Against a Chargers’ team that has some wind in their sails, this might be a tough road-spot for a good but flawed Vikings team to cover a number. There aren’t a ton of December Minnesota Vikings highlights over the years occurring in the California sun. They’re a little out of their element and facing a defense that is trying to flex its muscles now they’re finally close to intact personnel-wise. The Chargers have enough weapons to put a dent in this Minnesota defense, and unless undermined by miscues, I see them being right in this game. I’ll take the Chargers.

Loot’s Pick to Cover the Point Spread: I’m betting on the Los Angeles Chargers plus 2.5 points. It’s time to spend 5 minutes that will save you hundreds (if not thousands) of dollars! Dump your expensive book that is socking you -110 odds on sides/totals. Start betting at only -105 at the web’s best bookie: 5Dimes! You’ll be SO HAPPY after investing in this move!