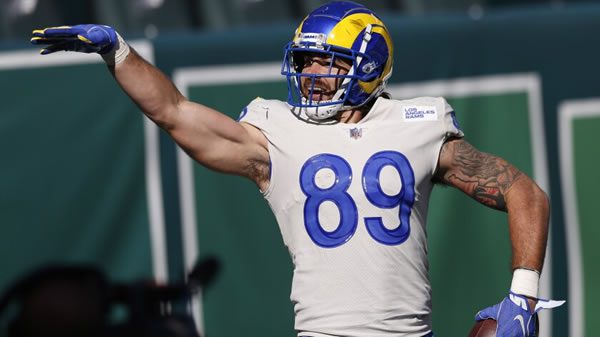 Monday Night Football is always looking to produce classics with hand-picked matchups, but we haven’t seen any genuinely entertaining games thus far this season. There have been a few close games, but offenses have generally sputtered on MNF, and when teams have scored, the games have resulted in blowouts. The upcoming Rams-49ers game will try to buck that trend, and these division foes have had several tight contests in the past few years, with five of the last six decided by one score. San Francisco has won five straight against the spread in this series, but they are typically playing the role of underdog, whereas they will be giving up points this time around. San Fran couldn’t work out a trade to ship Jimmy Garoppolo out of town this offseason, but that works in their favor with Trey Lance out, and Jimmy G has a perfect 6-0 record against the Rams.

Best of the Worst?

The NFC West was supposed to be one of the best divisions in football, but everyone is off to a rocky start, including the Rams, who have not looked great despite having the only winning record in the division. LA has won the last two after getting shelled in the opener, but the offense is 25th in total yards, nearly last in rushing yards, and is averaging just 20.3 points per game. That’s a far cry from the 2021 team that was 9th in total yards and 7th in scoring at nearly 28 points per game. Matt Stafford has completed 73% of his passes but has five interceptions in three games, and Sunday marked the first time he failed to throw for a touchdown pass as a member of the Rams. Cooper Kupp has four of the team’s six touchdowns on the season, and his 28 receptions lead all receivers. This is essentially a one-man offense at this point, with neither Darrell Henderson or Cam Akers able to find much room. Both backs do have a rushing score, but neither is north of 4.1 yards per carry, and the Rams are averaging just 70 rushing yards per game. San Francisco is 4th against the run, and it looks like this one will be on Matt Stafford’s shoulders. The Rams’ defense did a fantastic job against Arizona last week and held Kyler Murray to just eight rushing yards. Murray did throw for 31 yards, but it took 58 attempts to get there, and the Rams were able to hold Arizona to four field goals. The run defense is 10th through three games, and the Rams have been able to rely on the turnover, recording seven takeaways so far.

This was supposed to be Trey Lance’s team, and plenty of pundits thought that the Niners would be just fine with a solid running game and defense in place to help cover their franchise QB while he adjusted to the NFL. A Week 2 broken ankle ended that plan, and we are back to Jimmy Garoppolo, but that shouldn’t automatically be bad news with Jimmy G sporting a 46-19 record as a starter and two NFC Championship appearances. He was able to get the relief win against Seattle in Week 2, but Week 3 did not go so well as the Niners managed just one touchdown, and Garoppolo oddly stepped on the endline, resulting in a safety. All-in-all, the team is still in capable hands with him at the helm and in charge of some top-end weapons. Jeff Wilson Jr. leads the team with 181 rushing yards and is third in receptions. Deebo Samuel is averaging 6.5 yards per carry as a running back, and his twelve receptions are a team-high. Brandon Aiyuk leads the team in receiving yards and should be able to work away from Jalen Ramsey when Deebo is lined up outside. With those playmakers, the Niners should be able to rise from their current bottom-10 ranks in total yards and points scored. The defense is doing all it can and enters the week 2nd in total yards allowed and 1st in passing yards allowed at 148.3 per game. They are giving up just 12.3 points per contest, and Nick Bosa’s four sacks are just one half-sack behind the league leader. Any reasonable offensive production is going to give San Fran a great shot to win this one.

There is an argument to be made that the Niners are at least 2-1 if Garoppolo was the starter, and this line doesn’t look so jarring at first glance. Any decent offensive effort in Week 1 would have beaten the Bears, and it feels like too many people are over-predicting a demise in San Francisco. Garoppolo is a professional QB that will find his weapons and keep this team in ball games. The offensive play structure will have to be amended to his talents, but Deebo can still do his thing, and this team will remain committed to the run and counter any good offense with a top-5 overall defense. This current version of the Rams offense isn’t very good. Stafford hasn’t built chemistry with Allen Robinson, and the run game is exposing Stafford to too many obvious passing situations. This is a true trouble spot for LA, considering how effective the Niner pass rush can be, and we saw the Rams struggle in Week 1 when Buffalo put pressure on them. The public is falling over itself to take the Rams this weekend, and that alone should give a little pause. How often are the books completely missing the mark in division games? The Niners are not a stylish offense at this point, but they will drag LA down into the mud and make this a four-quarter game, and overtime is certainly in the picture. This is a coinflip game on a neutral field, so don’t worry about taking the 49ers. They escape with a 26-23 win. Pick to Cover the Spread: San Francisco