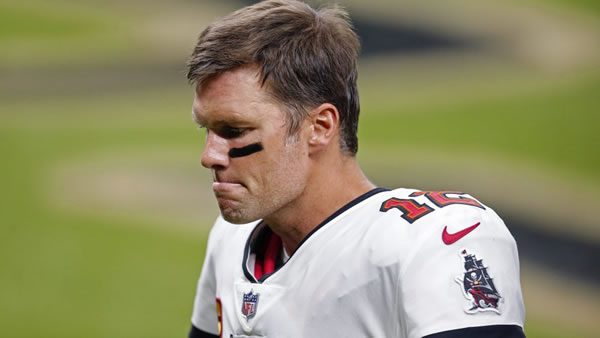 It has not been the year anyone expected from the GOAT Tom Brady and the Tampa Bay Buccaneers. Just two years removed from that monumental win in Super Bowl LV in his first season with Tampa Bay, the Buccaneers are now staring down the barrel of a 5-6 SU record and potentially the closing chapter for the greatest quarterback in football history. However, before Brady rides off into the sunset with many people expecting a final retirement at the end of the year, the Buccaneers still have the opportunity to make one last run at greatness. Despite the mere 5-6 SU record, the Buccaneers still own the top spot in the dumpster fire that is known as the NFC South, which makes this Monday night’s showdown with the New Orleans Saints a critical match-up in determining the fate of the division.

At 4-8 SU, the Saints are likewise not having the type of year that many had hoped. With losses in 5 of the last seven games and on the heels of the franchise’s first shutout loss since 2001, the Saints are struggling in a multitude of ways. However, similar to the Buccaneers, the Saints are right in the thick of the race for the NFC South, with just one game between all four teams in the division. While the Falcons and Panthers are in the mix, I don’t think anyone would argue that the Buccaneers and Saints are the more talented teams with the higher ceilings to make a postseason run if either team can get things turned around. With that being said, another division loss would likely eradicate any of those optimistic hopes, which means this MNF showdown will be an important one for both the Bucs and the Saints.

If you look at recent performances and the struggles from both offenses in recent weeks, bettors should expect another defensive-driven affair this Monday. As stated earlier, the Saints were shut out for the first time in over 20 years last week against the 49ers in a 13-0 defeat. In the last four games, the Saints have been held to 13 points or less. While QB Andy Dalton has received a lot of the blame, Dalton has not performed that badly during this most recent stretch of football.

While I’m sure Saints’ fans would want more from the quarterback position, I have been completely unimpressed with Head Coach Dennis Allen and the play calling from this Saints offense. Star RB Alvin Kamara is one of the most elusive backs in the NFL, yet is being used in non-creative ways. TE and QB threat Taysom Hill has been used in recent weeks, but he is being used primarily as a runner, which everyone expects. Needless to say, I think the Saints need a lot more wrinkles and ingenuity in this offense, especially against a tough defense in Tampa Bay that will be awaiting this Monday.

Getting the 3.5-point nod in favor of odds-makers, the Buccaneers appear to have the bulk of the receiving corps fully healthy with Mike Evans, Chris Godwin, and Julio Jones. Granted, Brady is not having the monster season that most would expect from his illustrious career. However, the Buccaneers are still dangerous in the passing game when healthy, even against a solid defense in New Orleans. Perhaps the only health concern on offense this week will be the availability of RB Leonard Fournette, who is listed as questionable with a hip injury. However, it is important to note that RB Rachaad White has been slowly taking over the Bucs’ backfield as the more effective rusher. As a result, the Bucs will nearly be 100% for their home stand against the Saints with a more efficient offense at the helm.

Both of these teams have been struggling to put points on the board in recent weeks, and that trend could continue this Monday in a tough division match-up featuring two solid defenses. However, I do believe this is a great opportunity for Tampa’s offense in the prime spotlight. With all of Brady’s weapons back, I like the Bucs here with confidence!
Jay”s Pick: Take Tampa Bay -3