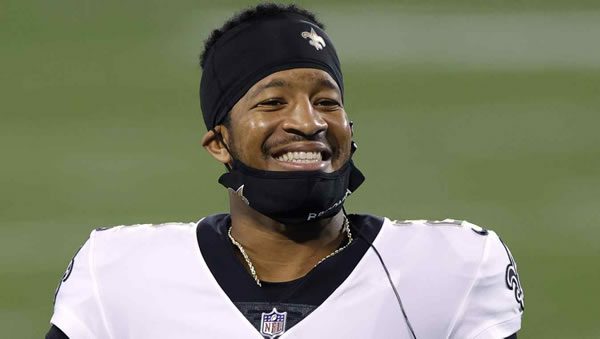 Seattle’s Century Link Stadium is the site for week 7 Monday Night Football with the Seahawks playing host to Sean Payton and his New Orleans Saints. Betanysports (Home of -105 betting odds - Make the switch to them, it’ll save you SO much money!) has made the visiting Saints 5 points favorites and set the game total at 43½. Last week was Seattle’s first game without Russell Wilson since 2011 and Geno Smith delivered a cover for Seahawk backers, so let’s count on Geno to cash tickets two weeks in a row and take the home dogs +5. Here is the handicap.

Last week the Seahawks went to Pittsburgh as touchdown underdogs and took the game to overtime before losing to the Steelers. Pittsburgh and New Orleans are very similar teams. Both have very strong defenses and offenses that want to run the ball, grind out drives and maybe slip in a deep pass when defenses sell out to stop the run. The Seahawks and Smith were slow to get started last Sunday night but came out after halftime and dedicated themselves to their own running attack, which opened up Smith to make some plays down the field. Look for Seattle to employ the same strategy this week. Alex Collins was tapped to take over the backfield with Chris Carson out and responded with 101 rushing yards and a touchdown against a very strong Steeler front 7. Collins will be leaned on again, and the O-line will have to open some holes to get the chains moving in the first half. Seattle has D.K. Metcalf and Tyler Lockett who can score on any play with any NFL quarterback, so the Saint defense will have to respect the pass on every down. This should give Seattle the chance to sustain some drives and get into New Orleans territory and finish drives with touchdowns.

New Orleans defense has been very good in 2021, especially against the run. They have allowed just 3.3 yards per carry which is the lowest in the league, but the Washington Football Team did total 131 rushing yards against the Saints in week 5. The Saints defense is more generous against the pass allowing 275 yards per game and 7.0 yards per attempt. They have only managed eight quarterback sacks, so Smith should have more time than he had last week against T.J. Watt and the Steeler front. Look for Seattle to try to get their running game going, but also try and get their two superstar wide receivers involved early to keep New Orleans honest. In their two games prior to the bye, New Orleans allowed Daniel Jones and the Giants 485 offensive yards, followed by the Football Team and Taylor Heinicke racking up 373 yards, so Seattle’s offense should have some success.

Sean Payton has coached up his erratic signal-caller to three wins this year against the Football Team, the Patriots, and the Packers. In those wins, Winston has averaged 185 passing yards but has racked up 11 touchdown passes. Winston is learning the game manager role, throwing only three interceptions on 116 attempts while taking only nine sacks behind a very strong offensive line. The Saint offense will continue to run through Alvin Kamara, who is averaging 95 scrimmage yards per game to go with four touchdowns. Kamara can break out any time he has the ball, so Seattle will have to focus on shutting him down. Seattle held Pittsburgh’s Najee Harris to less than 3.5 yards per carry on 24 carries, and they will need a similar performance this week against Kamara. If they can keep Kamara in check on the ground and make Winston beat them, they should be in good shape. Winston has only one touchdown pass in New Orleans 2 losses, so he is still inconsistent and cannot put the team on his back and carry them to a win.

Seattle was 6 point underdogs in Pittsburgh last Sunday Night, so if that game were in Seattle, the line would have been about -1 since both teams still have a pretty good home-field advantage. Pittsburgh and New Orleans are about the same team, maybe the Saints are a little better, but this line should be less than a field goal. New Orleans and Jameis Winston have not covered two spreads this year, as a road favorite against the Panthers and as a home favorite against the Giants – both games they lost outright. New Orleans has wins against Washington and New England, who have a combined record of 4-8, along with their good Week 1 win against a Packer team that obviously wasn’t ready to play. The Saints haven’t really shown they are anything more than a mediocre team, but being favored by 5 points on the roadshows, they are still getting some respect they may no longer deserve.
On the other hand, Seattle has to win this game, so I expect Pete Carroll will have his team fully motivated on Monday Night. The Seahawks have two more games without Wilson this week against the Saints and then a match-up with the Jaguars. If Seattle can steal a win this week they can be .500 when Wilson returns.

Play the Home Dogs on MNF

Let’s roll with Geno Smith and the Seahawks – and fade the Saints – on Monday Night Football. Note: Both of these teams can be super volitale. Another great way to bet MNF is to live bet the game. Most sportsbooks only put up lines during commercial breaks and during halftime. Did you know offers lines during the whole game? It’s incredible! Check them out! You also get a 50% bonus + rebates on ALL bets; win, lose or draw!