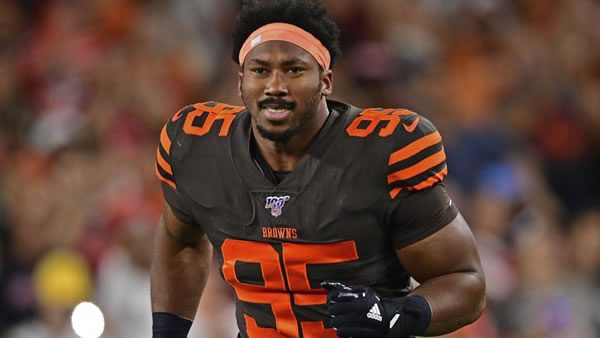 Was last week a sign of things to come for the Patriots, or was it more of an issue with the Lions being one of the worst teams in the NFL? The Patriots looked outstanding against Detroit last week, but the Lions have been one of the weakest teams in the league through the first five weeks of the season. The Patriots still find themselves sitting in last in the AFC East, and they now have the potential for a quarterback controversy on their hands, as Bill Belichick has declined to say that Mac Jones will be the starter when he returns. Granted, Belichick went down this road 21 years ago with Tom Brady, and that one turned out to be the right decision, but Bailey Zappe probably isn’t going to be the next Brady. Barring a big change, this looks like a pedestrian team that’s got a long way to go to be a playoff-caliber team.

On the other side of the field, the Browns are putting up great numbers with their ground game, but they haven’t been able to stop much of anybody. Cleveland leads the NFL in running the football, but the Browns rank 28th at stopping the run, which is why they’ve managed just two wins on the year and keep playing out overs. The over has cashed in four of Cleveland’s five games, and that’s mainly because the Browns’ defense just doesn’t get the job done. With New England solid with the run and questionable with the pass, this might be another instance of two offenses ruling the day.

How the Public is Betting the New England/Cleveland Game

The public still doesn’t really know what to think about this one, as it’s evenly split between the two teams. 52% of tickets are on the Patriots, and the line has not changed.

The two big questions here are: will Mac Jones play, and if he doesn’t, what will the Patriots do with Bailey Zappe? Against Detroit, New England didn’t really force him to do too much, opting to let Rhamondre Stevenson tear through the Lions’ defense and steamroll Detroit that way. Against Cleveland, it might be more of the same, given how poor the Browns are against the run.

Zappe might be making only his second career start, but that doesn’t really seem to matter all that much in this situation, given how much the Patriots ran last week and how effective it was. Cleveland’s best chance here would be to force Zappe to beat them by loading up to stop Stevenson and daring Zappe to beat them with his arm. Zappe has the physical makeup needed to do that, but he doesn’t possess the decision-making skills that come with going through your lumps as an NFL quarterback. The Patriots are likely to run the ball unless they have no choice, as they’re likely to exploit Cleveland’s significant weakness and keep the game from getting too confusing for Zappe.

Nobody’s managed to slow down Nick Chubb in 2022, and if the rest of the Browns were up to his level, Cleveland could realistically be thinking about making a run at football’s ultimate prize. As it is, the Browns are a mere 2-3 and only in the thick of things because nobody in the AFC North has stood out over the first five weeks of the season. And the problem isn’t the offense by any stretch of the imagination, as Cleveland has topped 26 points in four of its five games this season.

With Chubb piling up yards, Cleveland has given Jacoby Brissett all the time he needs to hit his receivers and quickly move the offense. Brissett has performed very well as Cleveland waits for Deshaun Watson to be eligible to play, and if nothing else, he’s proving that at least the Browns have a solid backup option in place should they need it. This is an offense that can score from anywhere on the field, and outside of the Detroit game, the Patriots really haven’t looked that strong on defense this season.

More Picks: Dan has a recommended bet on the BAL/NYG Week 7 match

New England has been fairly middling at hitting its numbers, while Cleveland has shown no problems getting to the over. The Patriots have covered in seven of the past nine matchups, but that was clearly a stronger New England and a much weaker Cleveland. Now that things are more even, the Patriots’ past four failures to cover against AFC opponents become far more magnified.

The same, however, holds for the Browns, who have just one cover in their past five against AFC opposition. The Browns have also tagged the over in four of their past five on grass, while New England plays to the under on grass in 24 of its last 32 games on the surface.

The weather should cooperate in this game, with temperatures sitting at a mild 59 degrees and winds blowing at 10 miles per hour to the west.

The over looks like the play with how these offenses both plan to do the thing that is the opposing defense’s biggest weakness. As long as they don’t drain too much clock running the football, this number is reachable.

As for the spread, Cleveland’s got the ability to play explosive football, and New England really can’t without turning it over. I’ll take the Browns to cover.w.predictem.com/out/Bovada” rel=”nofollow”>Bovada Sportsbook! It’s 10x the next best on the web! They’ll give you a 50% bonus too!