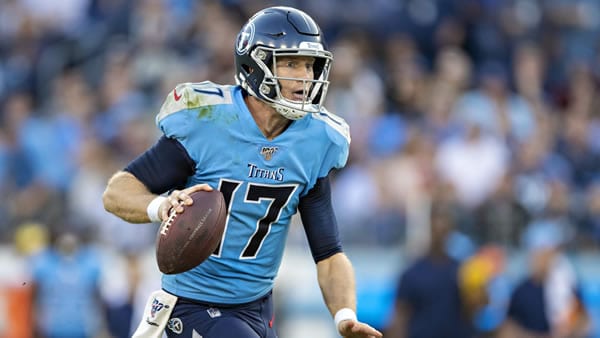 The Tennessee Titans earned their 5th consecutive victory with a relatively surprising 28-16 victory over the Rams on Sunday Night Football. The Titans have now slayed the Bills, Chiefs, Colts, and Rams in consecutive games and are clearly making a case to be considered one of the best teams in the NFL. Personally, last week’s victory over the Rams may have been the most impressive to date. With workhorse running back Derrick Henry sidelined for the remainder of the regular season, the Titans defense delivered their best performance of the season which yielded five sacks and two interceptions against Rams QB Matthew Stafford.

The defensive propelled performance moved the Titans to 7-2 SU and ATS on the season, which is among the best marks in the NFL. On Sunday, Tennessee returns to Nissan Stadium when they host the New Orleans Saints as mere 3 point favorites. The Saints are coming off a 27-25 home loss to the Atlanta Falcons last week and are still searching for answers in the wake of Jameis Winston’s season-ending ACL injury. Needless to say, Tennessee’s defense will have the opportunity to build on last week’s momentum in another opportunistic match-up. The question is, can bettors reliably trust the Tennessee defense, and is the 3 point betting line indicative of the Titans’ inconsistency?

I don’t need to provide intrinsic stats to show the Titans’ defense has been insanely inconsistent this season. I mean, this is a defense that showed tremendous results against the Jaguars, Chiefs, and Rams yet allowed 30 point outcomes to the Seahawks, Jets, and Colts. Purely from a strengths and weaknesses perspective, Tennessee has been most vulnerable against the pass this season which is extremely similar to the defenses’ struggles in 2020. The Titans are getting better pass-rush compared to last year’s team, led primarily by LB Harold Landry, who ranks 2nd in the NFL with nine sacks on the season.

If the Titans pass-rush fails, the secondary is still pretty “bad” by NFL standards. The good news for Tennessee is that backup Saints QB Trevor Siemian does not appear to be the guy to exploit those weaknesses. I know the NFL has been blessed with some Cinderella backup QB stories in recent weeks, from Mike White to Cooper Rush. However, Siemian was average at best in last week’s loss to Atlanta. The majority of the passes completed were within 10 yards of the line of scrimmage, and that was against one of the worst defenses in the NFL. I’m sure Head Coach Sean Payton will come up with ingenious ways to open up the offense, and I’m sure Alvin Kamara will have some success; however, I am not convinced it will be enough to deliver a difference.

The good news for New Orleans is that the defensive match-up is much better this week. With Henry sidelined, the Saints will place CB Marshawn Lattimore and improving rookie CB Paulson Adebo on the likes of AJ Brown and Julio Jones with some over-the-top help. It sounds weird to say, but Brown is actually the bigger threat compared to Jones for the Titans offense. Without much threat from the running game, I would expect safety help from Defensive Coordinator Dennis Allen as they try to take away QB Ryan Tannehill’s favorite targets. Ultimately, I think both offenses will struggle in this match-up, and that is why I believe the 3 point betting line is very telling to the type of game that bettors should expect. As a result, I am lingering towards the “under” as the most reliable play with two uphill match-ups for both offenses.

Jay’s Pick: I really like the under here as a possible pivot play against the public that is favoring the over. Take the under 44.5 with confidence! Don’t be a sucker! You’re overpaying if you’re laying -110 odds on your bets! Find out how to bet on games at reduced odds!