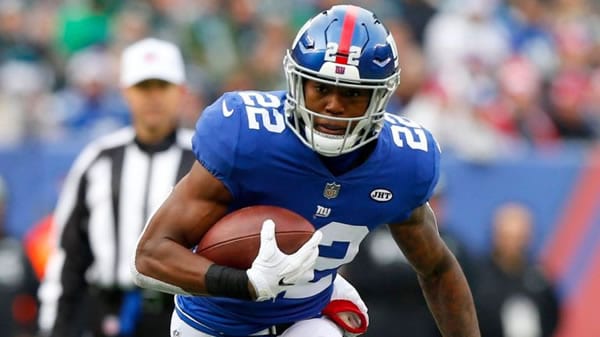 Well, perhaps the Cowboys are not exactly who we expected. Despite having one of the most talented offenses in the NFL, the Cowboys were embarrassed by the Browns in week three by a score of 49-38. Thought to be the undisputed top team in the NFC East at the beginning of the year, Dallas is now 1-3 SU and 0-4 ATS through their first four games. To be fair, the Cowboys offense has been potent, racking up at least 34 points in each of the past three weeks. However, the Cowboys defense has serious problems that do not appear to be going anywhere anytime soon. Despite the immense struggles, the Cowboys will be relatively large 9.5 point favorites this week when they host the injury-plagued Giants at AT&T Stadium.

Luckily for the Cowboys, the New York Giants have even more problems. Running back Saquon Barkley went down with a season-ending ACL injury earlier in the year. Star safety Jabrill Peppers has been banged up, and WR Sterling Shepard is on the IR until week 6. The Giants signed free agent Devonta Freeman to fill the void, but the former Falcon has averaged just 2.7 yards per carry since joining the G-men. With a non-existent ground game, QB Daniel Jones has struggled more than anyone would have expected. Jones has tossed just two touchdown passes and thrown five picks on the season as the Giants have averaged only 11.8 points per game this season, which is the worst mark in the NFL by a wide margin. For these reasons, the potent Cowboys offense gets a vote of confidence towards the seemingly undeserved 9.5 point spread as Week 5 approaches.

Reasons to back the Cowboys

QB Dak Prescott just became the 1st quarterback in NFL history to throw for 450 yards in 3 consecutive games and while game-script has helped secure those stats; the Cowboys remain loaded on the offensive side of the football. The real concern with backing Dallas is their horrendous play on the defensive side of the football, primarily against the run. In this particular match-up, it is not unreasonable to expect the Dallas defense to play relatively well. As bad as the Cowboys run defense has been, the Giants have the least threatening running attack that I have seen on an NFL lineup in nearly a decade.

There is a chance that QB Daniel Jones could turn things around with one of the more favorable match-ups of the season. I know I have blamed the Cowboys run-stop defense for their problems, but the secondary is not exactly great. The problem again is that I don’t see the Giants exploiting the Cowboys pass defense. WR Darius Slayton is the only receiver that has been credible this season. As the Giants eagerly anticipate Shepard’s return, they need someone to step up to give Jones some outs. So far, neither TE Evan Engram or WR Golden Tate has been able to provide any answers. If the Giants offense struggles continue again this week, the Cowboys’ scoring potential can put this game out of reach in a hurry.

Jay’s Pick to Cover the Point Spread: I backed the Cowboys last week and was surprised to see them lose to the Browns. I am going to back them for a 2nd straight week because the match-up is too good. Take Dallas -9.5. Note: 5Dimes leaving the USA market SUCKS! However, their old sister book split off from them and went their own way, so you can still bet games at -105! Click here to sign up and get your reduced vig back!