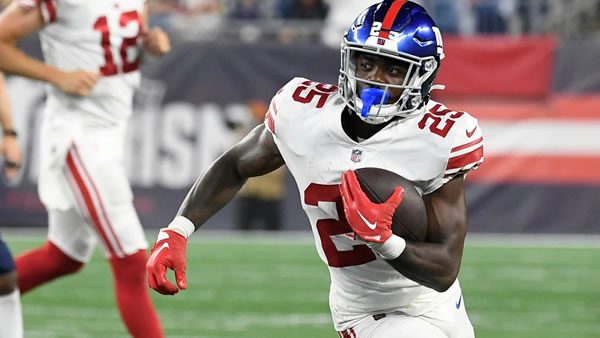 Based on the numbers, if his team survives this week and next, Brian Daboll might want to use the Giants’ bye in two weeks to go down to Atlantic City and hit the craps table. Or maybe not, because the Giants might have used up all the luck a team is entitled to receive in getting to 5-1. If you watch New York play, you wonder how in the world this team has actually managed to win five games, yet the Giants keep finding ways to pull the game out in the fourth quarter. The easiest answer is that the Giants are the anti-2020 Falcons: this team is nowhere near as good as its record suggests, but they keep starting slow and pulling games out of the fire.

On the other side of the ledger, Jacksonville keeps finding ways to kick away leads. The Jaguars have been tied or ahead at halftime in five consecutive weeks, yet they’ve won just two of those games and have now lost three in a row. These kinds of struggles are going to happen with a young team, especially one that had to spend last year getting virtually no leadership or coaching from Urban Meyer. With Doug Pederson now calling the shots, the Jaguars have done a better job but are still very much learning how to win games. And that might make this a difficult game to predict on the spread, which could open things up for an alternate play.

How the Public is Betting the New York/Jacksonville Game

The public believes in the Giants, full stop. So far, 70% of tickets have come in on New York to keep this going and get its sixth cover of the year. The money, on the other hand, has sided with the Jaguars enough to keep the number right at -3. The total has dipped from 43.5 to 41.5.

The Giants’ game plan is a fairly simple one. Give the ball to Saquon Barkley when possible, and make sure that Daniel Jones doesn’t screw it up. Only once in the Giants’ past five games has Jones managed to hit 200 yards through the air, and that was only because the Giants needed to throw it at the end to catch and pass Green Bay. Otherwise, the Giants want to keep the clock running and keep Barkley churning out yardage.

And for the most part, it’s worked. The Giants rank next-to-last in throwing the football, but they win games because they rank fourth in running the ball and tend not to give teams gifts. New York has just six turnovers this year and a minus-1 turnover differential. That’s not great, but it’s not too terrible and allows the Giants to put themselves in a position to win games more often than not. With a young team that’s trying to learn how to win, that’s really all that you can ask for.

However, there’s a worry with this game: the Jaguars are excellent against the run but terrible against the pass. That’s why Jacksonville blows so many games: when teams take to the air, the Jaguars cannot stop them. Barkley is plan A, plan B, and possibly plan C, but don’t be surprised if the Jaguars force the Giants to go to Jones in the second half.

The Jaguars have gotten much improved play out of Trevor Lawrence this season, but it has yet to translate into winning football. And that’s because of the defensive side of the ball, not the offense. The Jaguars’ offense is doing the job well to this point, as they’ve moved the ball with both the run and pass and average a respectable 23 points per game. Against the Colts, they put themselves in a position to win the game with a late touchdown drive, only to have the defense let them down again.
This team does have weapons, and ignoring its offensive prowess is something that opponents do at their peril. The Jaguars consistently get off to fast starts and have some real weapons in wide receiver Christian Kirk and running back James Robinson. Eventually, this team is going to put it all together.

These teams don’t play often, as they only meet once every four years, but the Giants haven’t really done well against Jacksonville since realignment took place. Since 2002, the Giants have faced the Jaguars on four occasions and have not covered the number once. That said, they have done well against teams who are below .500, as they have covered 18 of their past 27 meetings against a team under that number. Meanwhile, the Jaguars have really struggled to do their job in October, covering in just seven of their past 26 October games. They’ve also struggled to cover at home in general, going a mere 4-9 ATS in their past 13 games at home.
Even though they’ve mostly been an Over team, that really doesn’t apply to the Jaguars when they’re at home. In their past eight home games, the under has cashed on seven occasions.

This is going to be a great day for football, with temperatures sitting at 77 degrees at kickoff and the wind blowing northeast at 10 miles per hour. There’s almost no chance of rain in the forecast.

I’m going to be a little different here and play the first half spread instead of the full game number. I used this strategy on the Falcons in 2020 when they started collapsing every week, and with the Giants going in the opposite direction, I think this is the ideal time to try this.

That’s especially true with Jacksonville taking a halftime lead every single week. I’ll back the Jaguars -2.5 in the first half and try to get out with a cover. Bet your Week 7 NFL predictions for FREE by scoring a 125% real cash bonus up to $400 when you use bonus code PREDICTEM at GTBets Sportsbook! They’ll also give you a FREE half point everytime you bet your favorite teams!